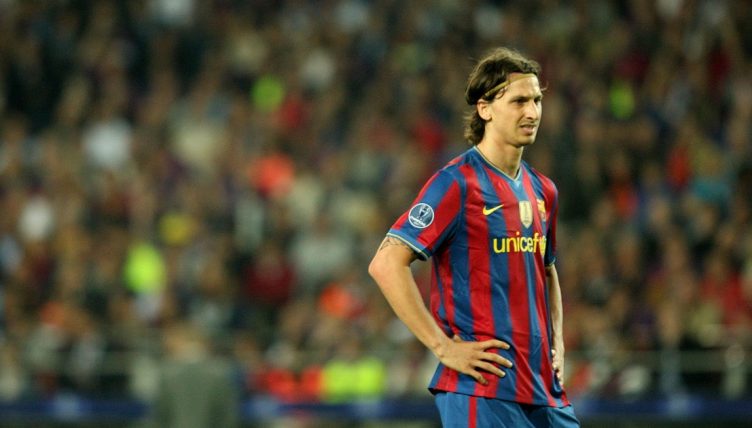 Back in the summer of 2009, Barcelona were on top of the world, and had begun a period of domination of Spanish football. But they made some questionable decisions in the transfer market.

Pep Guardiola had led them to the treble in his first season in senior management, with the Spanish Super Cup, UEFA Super Cup and Club World Cup to follow on the way to an unprecedented sextuple.

But the decision to pay Inter Milan a hefty fee – plus star striker Samuel Eto’o – for Zlatan Ibrahimovic raised eyebrows, and the obstinate Swede proceeded to clash with Guardiola.

The striker won the league title, but seemed an awkward fit, and was a scapegoat when Barcelona failed to retain the Champions League, dumped out by his former club.

Ibrahimovic lasted just one season at the Camp Nou before returning to Italy, joining Inter’s city rivals AC Milan. But what about the other three players they recruited in that transfer window? Here’s how each of them fared.

Ibra’s best mate came along with him from Inter. The pair had also played alongside one another at Ajax, and would later reunite again at PSG.

Few would consider Maxwell one of the best full-backs in history, but thanks to being a perfectly reliable presence  and a knack for finding himself in the right place at the right time at some of Europe’s biggest clubs, he retired in 2017 as one of the most decorated footballers in history, with 33 honours.

The Brazilian made 90 appearances in his two-and-a-half seasons at Barcelona, helping win back-to-back titles in the first two and another Champions League in 2010-11, but he struggled to usurp Eric Abidal as Guardiola’s go-to left-back.

Bought direct from Palmeiras, it’s fair to say that Keirrison never made it into the pantheon of Barcelona’s great Brazilians. The forward certainly was no Neymar, Ronaldinho, Ronaldo or Rivaldo. He wasn’t even a Malcom.

In spite of costing a reported €14million, and seeing through his five-year contract, he never made an appearance for the club and spent unsuccessful loans at Benfica, Fiorentina, Santos, Cruzeiro and Coritiba.

Some absolutely brilliant players have gone from Shakhtar Donetsk to Europe’s most glamorous clubs in the past – Fernandinho, Willian and Henrikh Mkhitaryan to name a few.

Former Ukrainian international Chygrynskyi, most remembered for being a passable Jesus lookalike, was not one of those players. The centre-back forged a respectable career, winning titles on his return to Shakhtar and later as a veteran with AEK Athens, but he wasn’t the world-beater Barcelona were hoping they were signing.

He lasted one season at the Camp Nou, failed to feature in the Champions League, and made just 14 appearances in all competitions. There have been better ways to spend €25million, that’s for sure.