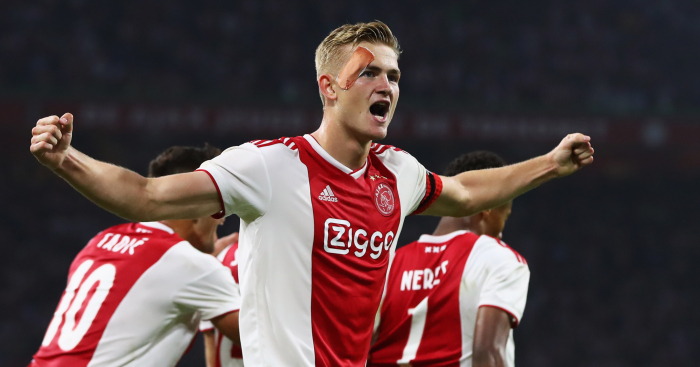 Despite their success domestically, Ajax are often seen by players as a stepping stone to one of the continent’s superclubs.

The Dutch side have had to sell some of their key players in recent years, but they’ve always made a huge return on their investments.

We’ve looked at eight players Ajax have developed and sold on for a big profit over the last three years, plus, where applicable, who they signed to replace their departures.

Van de Beek came through the famous Ajax academy before establishing himself as a first-team regular, making 175 appearances for the Dutch giants.

The midfielder was heavily linked with Barcelona and Real Madrid but is set to join Manchester United in a £40million deal.

After starring for FC Twente in the Eredivisie, Ziyech was linked with moves to Sunderland, Burnley, West Ham and Middlesbrough in 2016.

But the Morocco international wanted to remain in the Netherlands and joined Ajax for a fee in the region of £10million.

He scored 49 goals in 165 appearances for the Amsterdam club before completing a £36.6million move to Chelsea in 2020.

Ajax then moved to replace Ziyech by signing 20-year-old Antony from Brazilian side Sao Paulo for an initial £13million. 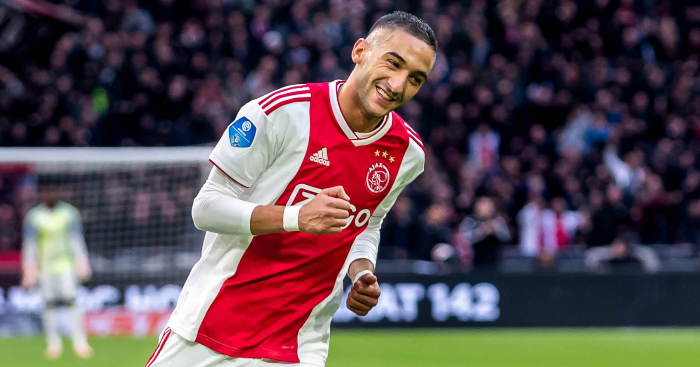 READ: The 7 stages of Hakim Ziyech’s career: From troubled start to Chelsea-bound

De Ligt left his local club in Abcoude to join Ajax’s academy at the age of nine, becoming the club’s youngest ever captain in March 2018.

He then developed into of the most sought-after defenders in Europe after leading Ajax to a domestic double and the semi-finals of the Champions League in 2018-19.

Despite being linked with Manchester United and PSG, the 21-year-old joined Juventus in a £67.5million deal.

The Dutch side brought in Mexico international Edson Alvarez for £14million from Club America to help address the loss of De Ligt.

De Jong had only played one first-team game for Willem II when Ajax signed the midfielder for a symbolic €1 fee in 2015. Yes, you read that correctly.

He initially started out with the reserves before breaking into the first team and rose to prominence during the 2018-19 campaign.

The 23-year-old then swapped the Dutch capital for Barcelona, joining the Catalan giants for a reported fee of £74.5million.

Ajax signed Razvan Marin from Standard Liege for £10.7million to help fill the hole left by De Jong, but he made just 10 league appearances in 2019-20.

Dolberg was only 17 years old when he joined Ajax from Danish side Silkeborg IF for just a few hundred thousand euros in January 2015.

The striker scored 23 goals in 47 appearances in 2016-17 but failed to kick on over the next two seasons and lost his place in the team.

Despite the stalling of his progress, Ajax still made a healthy profit when he joined Ligue 1 side Nice for a reported £18.3million in 2019.

Kluivert, the son of former Netherlands striker Patrick, followed in his father’s footsteps by progressing through Ajax’s famous academy.

He scored his first senior goal in March 2017 a decade and a day after his father’s last career strike, collecting a Europa League runners-up medal at the end of the season.

Ajax then reinvested that money to sign Dusan Tadic from Southampton for £10million. What a bargain that’s turned out to be. 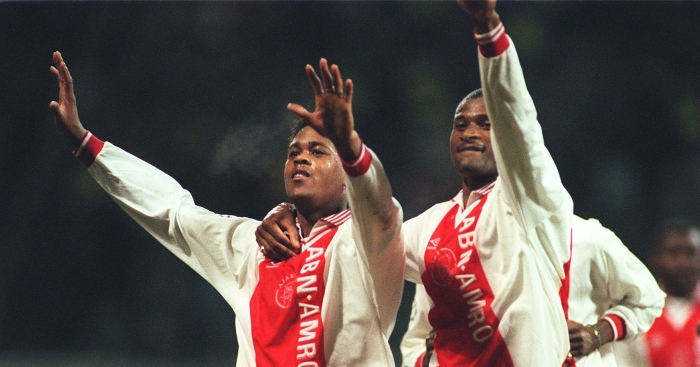 Sanchez joined Ajax from Colombian side Atletico Nacional in 2016 for £3.8million and played in their Europa League final defeat against Manchester United.

The defender spent just one season in the Dutch capital, making 45 appearances in all competitions, before completing a £42million move to Tottenham.

Maximilian Wober joined Ajax from Rapid Vienna in 2017 as Sanchez’s replacement but failed to establish himself as a first-team regular, making 39 appearances during his two years at the club. He returned to Austria to join RB Salzburg in 2019.

Yet another Ajax academy graduate, Klaassen made 182 appearances during his six years in the first team but decided to make a £23.6million move to Everton in 2017, where he got lost amid the Toffees’ small army of No.10s.

The midfielder was replaced by Siem de Jong, who had left Ajax for Newcastle United three years earlier, but the Netherlands international featured sporadically before joining MLS outfit FC Cincinnati.