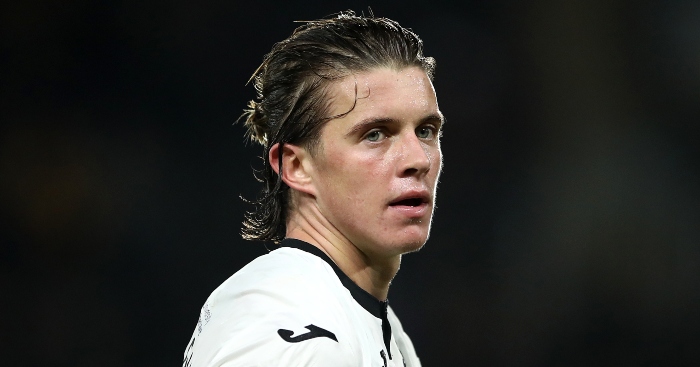 While Chelsea‘s loanees normally disappear into obscurity, Frank Lampard has shown that they now have a path into the first team.

The likes of Mason Mount and Tammy Abraham established themselves as first-team regulars at Stamford Bridge in 2019-20 after successful loan spells in the previous season.

We’ve looked at the 31 players who had loan spells away from Stamford Bridge in 2019-20 to see how they fared.

Moses joined Fenerbahce on an 18-month loan in January 2019 but returned to Stamford Bridge after a year having made just seven appearances in 2019-20.

The 29-year-old was immediately loaned back out to Inter, where he was re-united with former Chelsea manager Antonio Conte.

He made 20 appearances in all competitions for the Serie A side, coming on as a late substitute in their Europa League final defeat to Sevilla. 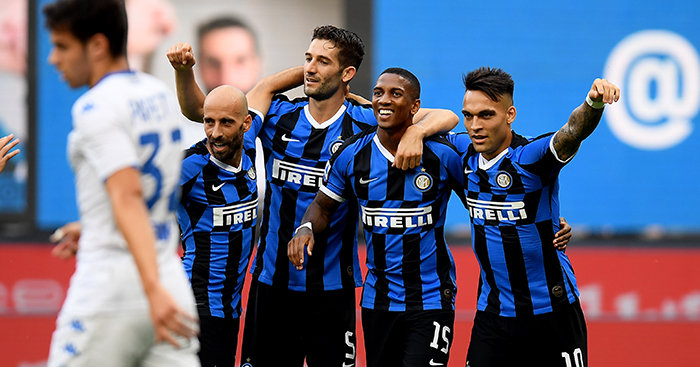 Morata was sent on loan to Atletico Madrid in January 2019, with the deal running to the end of the 2019-20 season.

The striker was their top goalscorer last season with 16 goals in 44 appearances in all competitions, including the winner against Liverpool in the Champions League last 16 second leg.

He then made the move to the Wanda Metropolitano permanent in July 2020.

Álvaro Morata enjoyed that one!

And some say Marcos Llorente is still sliding now 😆⛷

Atlético sealed the tie right in front of their travelling fans 🙌#NoFilterUCL pic.twitter.com/T2yHzL1V7R

Baxter joined Scottish top-flight club Ross County in 2019, but a pre-season shoulder injury disrupted his start to the campaign.

The goalkeeper returned to full fitness in November and started in 14 consecutive games, helping the club narrowly avoid relegation.

“I really enjoyed playing at Rangers and Celtic – that was one of the key reasons why I made the decision to come up to the SPL instead of going to League One,” Baxter told Chelsea’s official website in February 2020.

“In previous seasons, I’ve ticked the box of being able to play week-in, week-out consistently and now it’s nice to have ticked that box of playing competitive football in front of a big crowd.”

Nartey got his first taste of first-team football on loan at League One side Burton Albion in 2019-20, making 28 appearances in all competitions.

Despite impressing while on loan, the 21-year-old was released by Chelsea at the end of the season.

“Everyone who has grown up there; of course your dream is to play for Chelsea but the amount of top players they have — my thought process has been there for a while that I might have to leave,” Nartey told The Athletic in July 2020.

“But, if ever there is a chance to come back after proving myself somewhere else, that would be my end goal.”

After spending 2018-19 on loan at Atalanta, Pasalic returned to the Serie A side for a second consecutive season.

The Croatia international helped them to third place, their highest ever finish, and played a key role in their run to the Champions League quarter-finals.

Atalanta then exercised the option to sign the 25-year-old permanently for a reported fee of £13.5million, ending his Chelsea adventure with a grand total of 0 senior games in six years.

Musonda has spent the last two seasons on loan at Vitesse but was restricted to just three appearances in 2019-20 due to a persistent knee injury.

Nathan failed to make a single first-team appearance for Chelsea and has spent the last two years on loan at Atletico Mineiro in his native Brazil.

The 24-year-old scored four goals in his first seven appearances in 2020 and has now joined the club on a permanent deal.

McCormick joined League One side Shrewsbury Town on a season-long loan deal but was recalled to Stamford Bridge in January 2020 after making just eight appearances in all competitions.

Ampadu joined the growing number of British players to move to the Bundesliga, joining RB Leipzig on loan for the 2019-20 season.

Injuries prevented the Wales international from establishing himself as a first-team regular in Germany, but he did impress in their Champions League last 16 win at Tottenham.

Chelsea fans will have enjoyed that display pic.twitter.com/u8wGhgF767

Clarke-Salter signed a new contract at Stamford Bridge in 2019 before joining Championship side Birmingham City on a season-long loan deal.

Despite making a slow start to life at St Andrew’s, the defender eventually forced his way into Pep Clotet’s starting XI and made 23 appearances in all competitions.

“I’d be silly to say I wouldn’t want to be in the position where I could play for Chelsea. Anyone would,” Clarke-Salter told The Independent in September 2019. “It’s very hard to have patience at times, but you have to understand that there are world-class players at Chelsea. You learn to appreciate that.”

Miazga returned to Reading on loan in 2019-20 having spent the second half of the previous season at the Madejski Stadium.

The USA international established himself as a fans’ favourite with the Royals, helping to shore up the back-line during his 24 appearances.

After underwhelming spells at Middlesbrough and Leeds, Baker joined Bundeslga side Fortuna Dusseldorf on loan in 2019.

But the midfielder made just nine appearances for the club and had his loan deal terminated in January 2020 after being accused of going AWOL by the manager.

Sterling attempted to follow in Reece James’ footsteps by spending the 2019-20 season on loan at Wigan Athletic in the Championship.

The right-back struggled to make an impact and was hampered by injury problems at the DW Stadium, making just 10 appearances in all competitions.

Gallagher initially moved across London to Charlton Athletic in the summer of 2019, registering six goals and four assists in 26 appearances for the Addicks.

He then moved to Championship rivals Swansea City for the second half of the campaign and was a key figure in their run to the play-offs.

After three unsuccessful loan spells in the English lower leagues, Ugbo joined Roda JC in the Dutch second tier ahead of the 2019-20 season.

The 21-year-old striker scored 13 goals in 29 appearances in all competitions and will spend the 2020-21 season on loan at Cercle Brugge.

Grant joined Plymouth Argyle and established himself as a first-team regular, making 30 appearances in all competitions while helping them win promotion to League One.

The 21-year-old was released by Chelsea at the end of the season and signed for Bristol Rovers on a three-year deal.

Maddox made just two first-team appearances for Tranmere and was sent back to Stamford Bridge in December.2019.

The midfielder was then loaned out to fellow Premier League side Southampton and joined up with their under-23s squad.

He completed a permanent move to Portuguese club Vitoria SC in August 2020, ending his seven year stay at Stamford Bridge.

Drinkwater was deemed surplus to requirements by Frank Lampard and signed for Burnley on an initial six-month loan deal.

He played a grand total of 59 Premier League minutes for the Clarets and briefly returned to Stamford Bridge in January before joining Aston Villa on loan.

His spell at Villa Park didn’t go much better, with the midfielder sent home from training in March after allegedly headbutting team-mate Jota.

The younger brother of former Blues midfielder Nathaniel is yet to make his Chelsea debut and joined Huddersfield Town on loan in 2019.

Chalobah became a mainstay in midfield, making 38 appearances throughout the campaign, helping the Terriers retain their Championship status.

The midfielder was hampered by injury problems but made 28 appearances for the Hatters in all competitions, scoring once. He has already joined Sheffield Wednesday on loan for 2020-21.

“You step out in the real world when you go out on loan,” Brown told Goal in November 2019. “Then you really understand what football is like. I think at Chelsea they sugar coat it when you are young.

“That’s why loans are so important because you can man up. When you come in the dressing room, there’s no one there for you.

“These are grown men and they will tell you when you are not doing good enough. It was a good decision at the time to do it young.”

After falling out of favour at Chelsea, Zappacosta joined Serie A side Roma on loan in search of regular first-team football.

The right-back spent the majority of the season on the sidelines due to a cruciate ligament injury but made eight appearances after the restart.

Castillo left Ajax for Chelsea’s academy in 2016 before returning to Amsterdam in 2019-20.

The Netherlands Under-20 international featured prominently for Ajax’s Under-21 team in the second tier of Dutch football, registering six assists in 23 league appearances.

Bakayoko failed to live up to expectations and Stamford Bridge and joined former club Monaco on a season-long loan deal in 2019.

The France international often partnered former Blues midfielder Cesc Fabregas in the middle of the park and made 23 appearances in all competitions.

But the Ligue 1 side weren’t willing to make the deal permanent and the 26-year-old looks set to rejoin AC Milan ahead of the 2020-21 season.

At the start of the season, Bakayoko changed his shirt number from 14 to 6…

On Saturday when the substitution board said 14, he started walking off because he thought he was being subbed off 😂🤦‍♂️pic.twitter.com/uxDKtPgMM8

Pantic made just eight league appearances during his loan spell at Fehervar, and the Hungarian side sent the midfielder back to Stamford Bridge in January.

Rahman joined Chelsea in 2015 and made 23 appearances for the Blues before jumping on the loan conveyor belt.

After loan spells at Schalke and Reims, the Ghanaian left-back joined newly-promoted La Liga side Real Mallorca in 2019.

He started the first two games of the season before a serious knee injury curtailed his progress and kept the 26-year-old on the sidelines.

After spending 18 months on loan at Newcastle United, Kenedy was loaned to La Liga side Getafe ahead of the 2019–20 season.

The Brazilian scored three goals in 27 appearances in all competitions, although most of his appearances came from the bench.

Piazon was regarded as one of the hottest prospects in the world when he joined Chelsea as a teenager in 2011 but failed to fulfil his potential.

He hasn’t played for the Blues since 2012 and spent the 2019-20 season at Rio Ave, his seventh loan spell away from Stamford Bridge.

The 26-year-old has scored four goals in 24 appearances for the Portuguese side, and his current loan deal ends in 2021.

Blackman joined Vitesse on a season-long loan in September 2019, becoming the 28th Chelsea player to have a temporary spell with the Dutch club.

After his loan spell was cut short early in January, the goalkeeper signed for Bristol Rovers on a six-month loan deal and made 10 appearances in League One.

Guehi spent the second half of the 2019-20 season on loan at Swansea City and became a regular for Steve Cooper’s side, making 14 appearances across all competitions.

The defender is reportedly set to return to the Liberty Stadium for the duration of the 2020-21 campaign.

The surname will be familiar with Chelsea supporters as George is the younger brother of former Blues player Josh, who is now playing for Birmingham in the Championship.

He completed a loan move to SC Cambuur in January 2020 and made two first-team appearances in the Dutch second division.

No, not the Peanuts character.

Brown joined Royale Union Saint-Gilloise on loan in January 2020 and made three league appearances before the season was cancelled.

The striker then extended his loan with the Belgian second division team for the duration of the 2020-21 campaign.