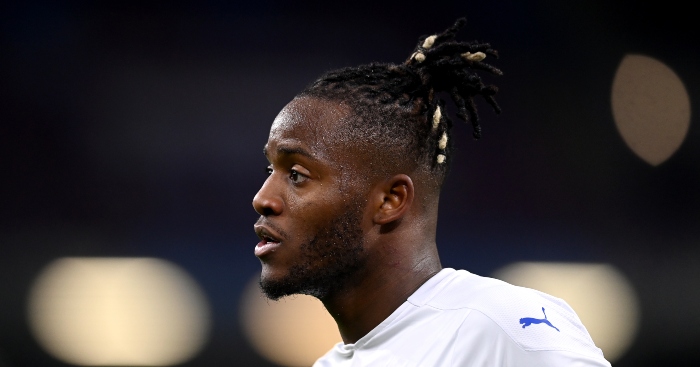 Chelsea are well-known for their large army of loan players, but how have they all been performing so far this season?

The list is eclectic, to say the least – young players hoping to catch Frank Lampard’s eye are mixed with seasoned pros that Chelsea have been unable to shift on a permanent basis.

We’ve taken a look at the 32 Chelsea players currently out on loan and how they’ve fared to date.

Fulham were written off after a handful of games as potentially one of the worst sides ever seen in the Premier League. Things have improved since then, with manager Scott Parker tweaking their tactics to give Fulham more solidity.

Loftus-Cheek has struggled for consistency, scoring once in 10 Premier League appearances, but Gary Neville stuck up for the midfielder in the face of a barb from Jamie Carragher on Sky Sports at the start of December.

“He needs to play every week, play 40 games a season, year in, year out and have consistency and belief, and I’m sure he’ll have a great career,” Neville said.

He added: “I take offence to statements like that because you’re judging him against expectations he hasn’t set for himself.

Injuries have stalled his momentum somewhat, but Barkley has demonstrated his undoubted ability at Aston Villa this season.

Starring alongside Jack Grealish and the underrated John McGinn, Barkley made his debut during the 7-2 win over Liverpool and opened his account on the same night. The midfielder also scored a last-minute winner at Leicester.

Barkley is too talented to be a bit-part player at Stamford Bridge, so maybe a permanent move to Villa would suit all parties. 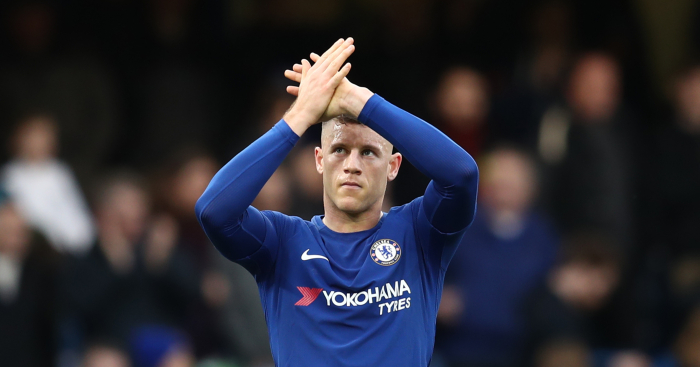 After a previously impressive on loan at Crystal Palace in 2018-19, Roy Hodgson bought Batshuayi back to Selhurst Park on a season-long loan.

It would seem lightning doesn’t strike twice. In 10 appearances, including four starts, the Belgium striker has failed to score and finds himself behind Christian Benteke in the pecking order at Selhurst Park.

Pantic has been a Chelsea player since 2015 without having ever made a senior appearance for the club.

The midfielder is currently playing in his native Serbia with Cukaricki, where he’s made 10 appearances without troubling the goal columns.

The Hertfordshire club are currently out of the relegation zone on goal difference alone, so the young goalkeeper is at least being kept busy.

Plying his trade in Ligue 1, Chalobah has made 11 appearances for relegation-battlers Lorient.

The brother of Watford’s Nathaniel, after two seasons on loan in the Championship it remains to be seen whether trying his hand abroad will help Trevoh’s Chelsea prospects.

Fifteen games, 10 goals. It’s safe to say Ugbo has made a significant impression at Cercle Brugge. Timo Werner, for one, would kill for that strike rate.

It’s not been an illustrious season for Sheffield’s two teams. While United look in danger of breaking Derby’s record-low 11-point haul, Wednesday have battled both administration and relegation from the second tier.

Brown has been a regular starter for the Owls and survived Tony Pulis’ 45-day reign at Hillsborough. Now aged 23, the midfielder would not be short of Championship suitors should he ever cut the chord with Chelsea.

Considering the amount of Chelsea players that have been sent their way, it’s surprising Vitesse haven’t changed their kit to blue and started playing the Liquidator before games.

Nineteen-year-old striker Broja has been one of their more successful loanees, having scored five goals in 10 games.

Blackman currently finds himself out on loan at Rotherham United, which constitutes his eighth temporary departure from his parent club.

The goalkeeper has appeared in 16 Championship games this season as the Yorkshire side battle against relegation.

Having made 12 appearances for Swansea last season, Guehi returned to south Wales for the current campaign. He’s made 14 appearances as the club look to return to the Premier League.

🏴󠁧󠁢󠁷󠁬󠁳󠁿 Swansea have allowed the fewest goals per game of any team in England's Top 4 leagues (0.56).

At the centre of their defensive success? Two 20-year-old CB's, Marc Guehi (on loan from Chelsea) and Welsh international Ben Cabango. pic.twitter.com/SdEwv7BaiR

Another goalkeeper, and this one has a name that couldn’t be more English if it’d been dipped in milky tea.

Turning out for League One outfit Burton Albion, who’ve just re-appointed former Chelsea striker Jimmy Floyd Hasselbaink as manager, Sharman-Lowe has only made two appearances in the Papa John’s Trophy.

Still, a new manager means a fresh chance to force his way into the first-team reckoning

Uwakwe scored on his Accrington Stanley debut in October but has failed to find the net since.

With English football’s most famous minnows making a surprise promotion attempt in League One, Uwakwe has plenty of opportunities to make a name for himself.

If you’re a young centre-back looking to absorb information from your coaches, there are worse people to be working under than Vincent Kompany.

That’s the situation Miazga finds himself in at Anderlecht. The USA international hasn’t played for the Chelsea first team since 2016 but has made a solid impression with the Belgian giants.

Having appeared 10 times in the league, Miazga may finally have found a loving home.

We don’t know what’s contributed more to Sheffield United’s car crash season, the injury to Jack O’Connell or Ampadu’s decision to shave his flowing locks off.

It’s hard to blame the Blades’ demise on one player and we won’t attempt to do so here. Yet Ampadu must be regretting his decision to join the club over the summer, especially as he’s only made five league appearances to date.

Given he’s already a full Wales international, better days surely lie ahead for the defender.

Kenedy has scored three times in 18 appearances at Granada, who are pushing for European qualification in La Liga and have an exciting knockout tie against Napoli in the Europa League to look forward to.

It may appear unlikely that the 24-year-old will re-establish himself at Chelsea but stranger things have happened (not many, admittedly).

Having impressed on loan at Charlton Athletic and Swansea City in 2019-20, Gallagher is now getting his first taste of Premier League football with West Brom.

The Baggies are currently in the relegation zone, but the midfielder has been one of their standout performers, netting two goals in 14 appearances.

“For a 20-year-old guy, I expected him to be full of energy, enthusiasm and motivation for the Premier League,” Slaven Bilic said in December 2020.

“I knew it would be like that but for a 20-year-old guy to be that reliable and have the game management to make proper decisions and to basically be so consistent is not normal.

“He is doing all the dirty work and managing the game but then he’s got quality in his locker as well and that, for a young boy, is not usual.

“I’ve seen it before with great players and he reminds me of them. So much quality but so mature at such a young age. You can see big things in him.”

20-year-old Conor Gallagher bags his first goal in the league.

Baker has made just one appearance for Chelsea and is currently on his eighth loan spell away from Stamford Bridge, playing for Turkish side Trabzonspor.

He reunited with former Chelsea academy coach Eddie Newton, but the manager was sacked in October after a poor start to the season.

The midfielder has still been one of the first names on the team sheet, registering a goal and five assists in 16 appearances in all competitions.

You could be excused for forgetting the Blues ever signed Zappacosta.

The right-back returned to his native Italy with Genoa and scored on his debut but injury problems have limited him to just six appearances.

After an underwhelming loan spell at Shrewsbury Town in 2019-20, McCormick decided to return to League One with Bristol Rovers.

The 21-year-old has already made more appearances than last season, scoring two goals in his first 16 appearances in all competitions.

Wady has been a regular at National League South side Dartford but made a costly mistake against Slough in the FA Trophy before then atoning for his errors by saving two penalties in the shoot-out.

“Their second goal was a massive mistake, he kicked it straight to one of their players,” said manager Steve King after the game.

“But he redeemed himself with two penalty saves, I knew that he was a very good shot-stopper and sometimes we forget that he is only 18.”

Russell is undertaking his first spell away from Chelsea, having signed a season-long loan deal with League One club Accrington Stanley.

The midfielder scored the winner against Rochdale on his first start for the club and now has 11 appearances to his name.

Once touted as the next Kaka, Piazon failed to live up to expectations and hasn’t played for the Blues since 2012.

Having joined Rio Ave on a two-year loan deal in the summer of 2019, the 26-year-old has scored two goals in eight league appearances this season.

However, Chelsea are reportedly preparing to terminate his loan with the Portuguese side and look set to finally sell the attacker.

Having failed to live up to his £40million price tag at Chelsea, Bakayoko has spent the last two seasons at AC Milan and Monaco.

The midfielder was linked with a permanent move away from Stamford Bridge last summer but joined Napoli on a season-long loan deal, reuniting with Gennaro Gattuso.

Bakayoko has made 17 appearances in all competitions, and Gazzetta dello Sport suggest Napoli could make the move permanent in an €18million deal.

After joining Chelsea on a free transfer in 2020, Sarr was immediately sent out on loan to Primeira Liga outfit Porto.

The defender has kept seven clean sheets in 12 appearances in all competitions and impressed in their goalless draw with Manchester City in the Champions League.

Van Ginkel hasn’t made a competitive appearance since May 2018 due to multiple injuries but is now back in full training with PSV Eindhoven.

“The knee is doing well, we are doing well,” Van Ginkel told ESPN in January 2021. “For the last two weeks, I have been doing everything with the group again.

“Now that I am so close again, it is starting to itch again. In the past two weeks, I have taken steps and now I have to take the step towards the games.”

Castillo returned to the Netherlands with AZ Alkmaar but has only made a one-minute cameo appearance in the Eredivisie this season.

Baxter had to play a waiting game after joining Accrington Stanley and initially found himself behind fellow goalkeeper Toby Savin in the pecking order.

The 22-year-old finally made his League One debut in December and has kept consecutive clean sheets in his first two appearances in the competition.

Looking to secure more first-team football, Maatsen made the move across London to Charlton Atheltic and has registered two assists in 14 appearances in all competitions.

One of Stamford Bridge’s forgotten men, Moses scored on his full debut for Spartak Moscow and has now made nine appearances for the Russian top-flight side.

Not gonna lie, we presumed he was still at Inter.

After an impressive loan spell at Birmingham City in 2019-20, Clarke-Salters decided to return to St Andrew’s.

The centre-back hasn’t been able to have the same impact so far this season, making just six Championship appearances due to injury problems.

The younger brother of former Chelsea midfielder Josh McEachran, George made three appearances for MVV Maastricht in the Dutch second tier before his season-long loan deal was cut short due to ‘serious private reasons’.