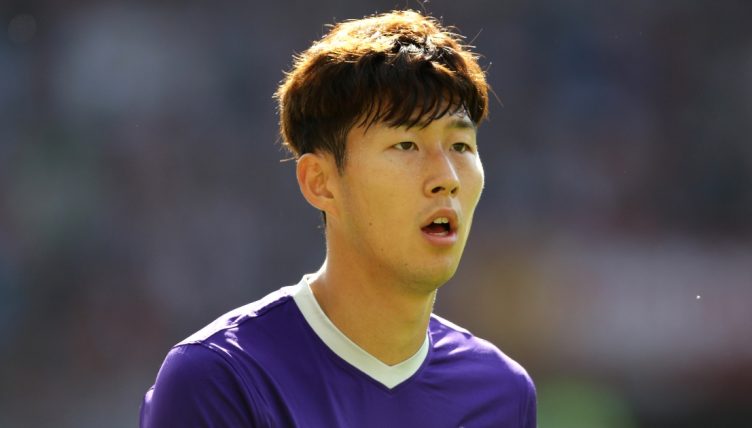 Son Heung-min will go down as one of the best signings in Tottenham’s history.

The South Korea international was purchased from Bayer Leverkusen for £22million back in 2015 and has since scored 107 goals for the club, becoming an integral part of that sensational team created under Mauricio Pochettino.

But he was not the only player to arrive at White Hart Lane that summer. We’ve taken a look at the four other faces that joined Spurs in the same window as Son and how they fared.

Wimmer found it difficult to break into the first team with Jan Vertonghen and Toby Alderweireld monopolised the centre back slots upon his arrival.

But an injury to Vertonghen midway through the 2015-16 season gave the Austria international a chance of an extended run in the first XI.

Wimmer impressed as Spurs began to mount a title challenge but lost his spot once Vertonghen returned to fitness in April.

The next campaign was much worse. Eric Dier filled in at centre back after Alderweireld was ruled out and Wimmer scored an own goal against hated local rivals Arsenal.

Still, Spurs somehow managed to convince Stoke to part with £18million for Wimmer in 2017 and all parties agreed never to speak of Wimmer’s time in north London again.

The decision to sell Trippier to Atletico Madrid in 2019 looks worse with each passing month.

There’s an argument that the England full-back needed to leave – after a heady 2018 World Cup, Trippier’s form collapsed over the following season and Tottenham needed to raise funds in the transfer market.

But it’s apparent Spurs didn’t realise what they’d got until it was gone. Trippier was the epitome of the modern full-back at Tottenham, providing an attacking threat alongside defensive solidity.

His game has improved since leaving for Spain while the club he left have slipped out of the Champions League (and Europa League) places.

The La Liga title-winner is now at Newcastle and helped reignite their title hopes by scoring vital free-kicks in back-to-back wins.

Alderweireld’s move to Tottenham caused plenty of controversy in 2015.

Southampton thought they had first refusal on the player after an impressive loan spell during the 2014-15 season. But parent club Atletico Madrid cancelled that option and accepted a higher bid from Spurs.

It’s fair to say Alderweireld has repaid the faith shown in him, making 236 appearances for Tottenham and becoming an important part of their progress over the past half-decade.

Reports from his native Belgium suggest that centre-back may be on the move to Qatari side Al-Duhail this summer, bringing an end to Alderweireld’s six-year spell at Spurs.

He passed his peak, but the defender is missed.

It’s safe to say it never worked out for N’Jie at Tottenham.

Bought in to provide fresh attacking impetus from the wing, the Cameroon international tore his medial collateral ligament during a Europa League match in December 2015 and only reappeared the following May.

Spurs had moved on by then and, after only appearing in the Premier League as a substitute, N’Jie joined Marseille on a season-long loan before the start of the 2016-17 season.

He was a relative success in France and Marseille chose to make N’Jie’s move permanent the following summer. It was never disclosed whether Tottenham made a loss on the £8.3 million they spent to sign him.

Gil next? The last 11 players Tottenham have signed from La Liga