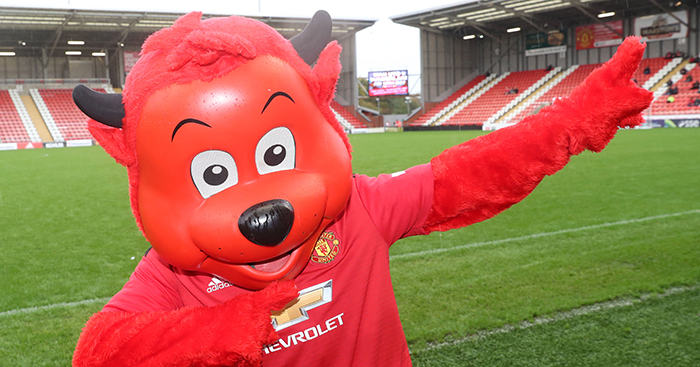 Cheaters, loudmouths and Fred the Red. Football needs its villains, but that doesn’t mean we’re not allowed to spend time dreaming about punching them.

The whole ethos of this website is to celebrate everything that’s great about football. And 99.9% of the time, that’s exactly what we do.

But we’re told repressed anger can be really dangerous. And as much as we bloody love football, sometimes it makes our blood boil.

It’s all part of the game, of course, and better for it. Supporting your team would mean less if you didn’t hate your rivals; your one-club captain would seem less brilliant if it weren’t for pantomime villains like Robbie Savage.

Football, in other words, is full of people you want to punch. And from cheating play actors to grown men in fluffy costumes, here is a definitely not definitive list of some of the most punchable faces in football.

Disclaimer 1: Please do not punch these (or any) people.

Disclaimer 2: Criminal convictions and other genuinely bad things are not grounds for inclusion.

Eden Hazard is great at dribbling, but he also has shit facial hair and always, always purses his lips into a little circle.

It doesn’t make you look more serious, Eden; it makes your mouth look like an anus.

Then again, Chelsea fans would argue that Hazard is less irritating than his arch nemesis: former Swansea City ball boy Charlie Morgan, once the boy with the most kickable midriff in Welsh football.

Tom Victor wrote a thousand words about him, obviously.

There’s nothing to dislike about David de Gea or the man as far as we’re aware, but just shave, no? For years now, De Gea has been writing cheques that his beard can’t cash.

It might be a running joke with Matteo Darmian though, in which case fair enough.

Bags of respect for Kenny Miller, who is still playing at 38.

However, no amount of fake tan will convince us that the Scottish striker is not, in fact, just a large goose egg on a medium-sized human body. For that reason alone, somebody should punch him.

Note: would not require an actual punch, but maybe a light tap with a teaspoon.

Made a half-hour documentary about his decision to stay at Atlético Madrid. Bad fancy dress choices. Punchable.

Any player that stops his club’s designated set-piece taker from taking a set piece so that his punchable mate can take it instead is also, himself, punchable.

We did actually look up his name, but writing it down seemed to cross a line. You know who this guy is. He knows who he is. Marc Overmars might (???) know who he is.

Dybala has two black bands as a tattoo, which probably means something but reminds us of Chris Martin circa X&Y when he put two stripes on the back of his hand to raise awareness or something.

In summary: go back to Madame Tussauds, Paulo!

Also made of wax, and scuppered the prospect of penalties in a World Cup Final.

It’s possible to love and hate someone at the same time, you know.

Just to see what would happen.

Probably a great guy off the pitch, but Bellamy has rubbed a lot of people the wrong way.

He was on a billboard near our Editor’s house promoting the 2016-17 Premier League season.

His wife has hated the Brazilian from that moment and insisted he be included on this list.

Come on, mate. Don’t have a catchphrase. Don’t clap at a female pundit.

And yes, Suarez is much further down.

If so, good, but you’d still want to punch him. 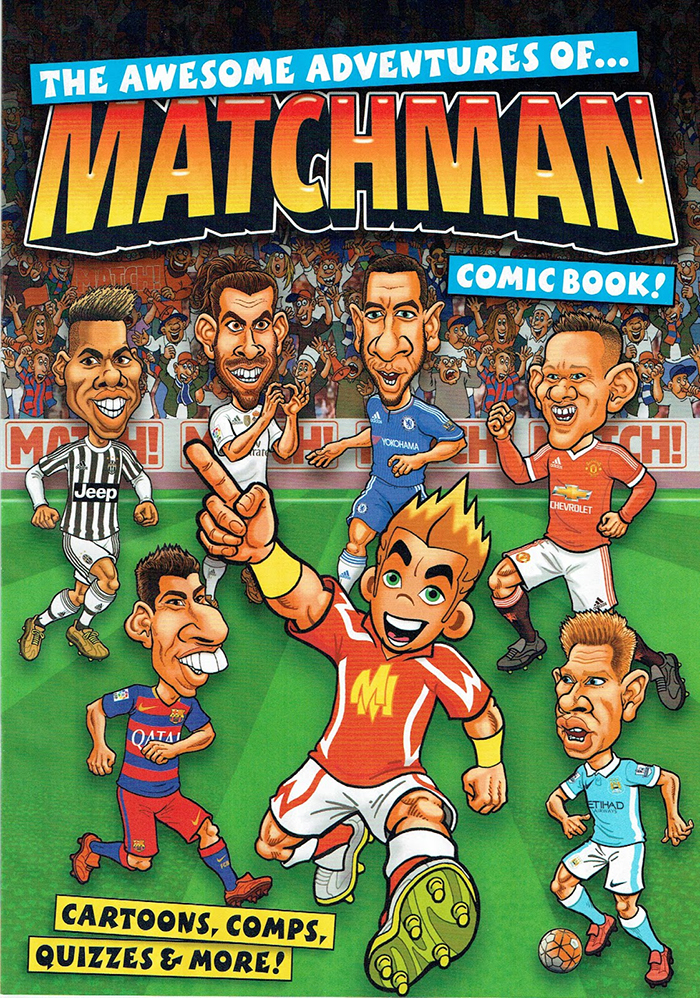 Among the 50 most buttable ribcages in football. Also sort of spoiled everything. Boo!

In truth, several Barcelona players could qualify for this non-honour, but Busquets — generally considered the least interesting player in the most interesting team in recent memory — is a cut above.

Pedro failed to make the Spain starting XI at Euro 2016 and responded to the situation by saying it was not worth turning up “just to be part of the group”.

He also has… a moustache? That nobody seems to be talking about?

The ham-faced journalist is the only person who will discover this list by googling his own name.

Also: in a one-on-one, our money would be on Louis van Gaal.

The devil, not the Brazilian.

There’s a small chance that the England Band would respond to being punched by playing a 90-minute version of “Tubthumping”, which would be hell.

But then, given that they’ve only ever played three songs, it probably wouldn’t happen.

We don’t know what the England Band’s faces look like, but we sort of feel like we do.

18. England’s entire away support, for that matter

While technically belonging to multiple persons, it is in fact one single face. Pink, jowled, hairless and usually booing Raheem Sterling.

One World Cup. Two World Wars. 18th on the list.

You wouldn’t but you also would.

16. Dads who manage their kid’s team

Hey, dads, stop telling children to “get stuck in”.

In fact, just go home and think about what you’ve done.

Has a more objectively annoying face than Sepp Blatter but a much shorter rap sheet. At the moment.

Even if you didn’t know who he was!

“Stevie G was a very good player,” Diouf told the BBC in 2017. “People like him in Liverpool, but he never did anything for his country.

“I am Mr El Hadji Diouf, Mr Senegal, but he is Mr Liverpool. And Senegal is bigger than Liverpool and he has to know that.”

According to a survey of 70,000 people carried out by AskMen in 2013, Joey Barton was the footballer that respondents would be “most inclined to punch in the face if there were no consequences”.

One suspects that people care less about Barton now than they did in 2013.

Warnock would be great value in the pub. But still.

Had you also forgotten that, back in 2014, Tim Roth played Blatter in a FIFA-commissioned movie about, er, FIFA?

United Passions was the least successful movie in the history of the U.S. box office.

Blatter’s eight-year suspension ends in about five years, and I, for one, can’t wait to welcome him back into the fold.

The satirical approach would be to leave Savage off this list, in order to be as predictably contrarian as the man himself.

But he is really, really annoying.

His tip for Southampton boss earlier this year? “You might think I’m mad, but with eight games to go and looking at men who are out of work… it’s Mark Hughes.”

Look, football is a business. We get it. And that’s usually fine. Give us a high-budget Mastercard advert during the Champions League half-time break and we won’t really mind.

Just don’t… please… don’t let Ray Winstone’s floating head — cocked to one side as it mulls over Romelu Lukaku at 6/1 — tell us to “bet naaah”.

Not now, not ever.

Losing to him is annoying. Sometimes, even winning with him is quite irritating, too.

Richard Keys, a pretty horrible man by all accounts, has a horrible face, sort of like a sandbag with a CD drive.

He also had an affair with his daughter’s friend.

For the same reason you used to dream of punching the hardest and/or most popular kid at school.

This bastard’s got it all.