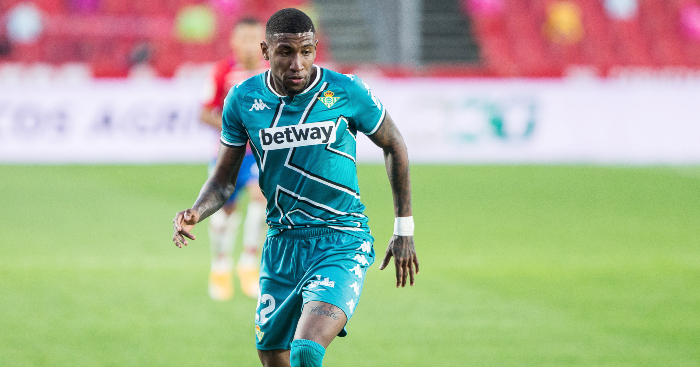 It’s been a season of ups and downs for Barcelona under Ronald Koeman, but there are some glimmers of hope for the future.

Eighteen-year-old midfielder Pedri has already struck up a wonderful understanding with Lionel Messi, while Ansu Fati appeared to be making great strides forward before his season was curtailed by injury.

For all the administrative issues behind the scenes, the future could still be bright at the Camp Nou. They also boast young talent turning out elsewhere. Here’s how their seven loanees are faring in 2020-21.

The details of Emerson’s contract situation are somewhat complex, with both Barcelona and Real Betis holding rights since he moved from Atletico Mineiro in 2019.

The Brazilian right-back is technically into his second full season at Betis, which is technically part of a two-year loan from Las Blaugranas, with a reported option to bring him in on a permanent €6million deal this summer.

He’s caught the eye at Betis and it looks likely that Barcelona will take up that option, even if it’s to sell him on for a profit. PSG and AC Milan have both been linked.

Emerson’s stock has fallen a little amid Betis’ struggles this season, however. Last term he registered three goals and six assists in La Liga, but he is yet to directly contribute to a league goal for the ailing side in 2020-21. Still, he remains highly-rated and looks destined to be playing at a higher level next season.

Real Betis are enjoying themselves in this first half 🟢⚪

How about this piece of control on a cross field pass from Emerson? 😍 pic.twitter.com/QZiKEqHrPh

Todibo was voted Schalke’s player of the month for March during his half-season loan spell at the Bundesliga club last term, but the German outfit opted against exercising the France Under-20 international’s €25million purchase option.

The defender has since been sent to Benfica but hasn’t had a look-in under returning coach Jorge Jesus and is yet to make a single appearance for the club. The expectation is that he will soon return to Barcelona.

Tipped for big things after starring for Senegal at the 2018 World Cup as a teenager, things just haven’t quite worked out for the defender since his €5million move to the Camp Nou later that summer.

Wague only made five appearances during his half-season stint on loan at Nice last season, with the Ligue 1 club opting against activating their purchase option.

He’s since been sent on loan to Greek side PAOK but suffered a serious knee injury in December and could face up to nine months on the sidelines.

The left-back has had to be patient for opportunities at the Benito Villamarin, but is now starting more regularly under Manuel Pellegrini. He recently scored a brilliant free-kick against Mutilvera, getting on the scoresheet alongside Emerson. 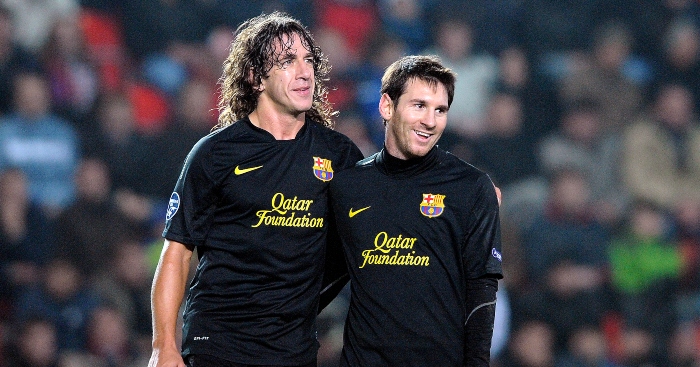 Another former mainstay of Barcelona B, Mallorca-born midfielder Monchu was eventually handed his first-team debut in the summer, helping to see out the club’s 3-1 win over Napoli in the Champions League.

It doesn’t appear as though any further appearances will follow, having been loaned to Girona in a deal featuring a purchase option at the end of the season for an undisclosed fee. The 21-year-old has started 17 of their 20 matches so far, scoring once and receiving one red card.

The Catalan side are enduring an underwhelming campaign as they look to return to La Liga, currently sitting 8th in the Segunda.

Former Rayo Vallecano left-back Akieme is yet to make his debut for Barcelona’s first team but was a mainstay of their B team last year.

He’s now on loan for Segunda Division side Almeria, starting regularly in their promotion challenge. They currently sit third in the second-tier table.

The Barcelona-born central midfielder has made close to a hundred appearances for the club’s B team and a further 44 for the senior side, including 17 in La Liga as the club won the title in 2018-19.

But he’s since been pushed to the fringes following the dismissal of Ernesto Valverde. He spent the latter half of last season out on loan at Real Betis and has just two substitute appearances in the league during Ronald Koeman’s reign.

He’s now been sent out on loan to spend the remainder of the 2020-21 season at Jose Bordalas’ tough-tackling Getafe, but he’s yet to make his debut.