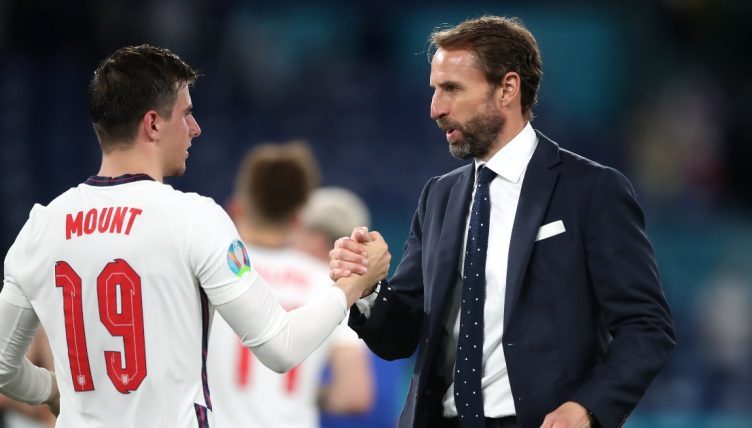 England secured the last remaining spot in the semi-finals of Euro 2020 on Saturday night, joining Denmark, Italy and Spain thanks to a 4-0 drubbing of Ukraine – it also means a large Chelsea presence in the final four.

After the Blues’ stunning end to the season under Thomas Tuchel, it was no surprise that they boasted the most players at the tournament at the start (17).

That number has since been whittled down, but they will still be represented by seven players across all four teams so a Euros gold medal will definitely be coming to Stamford Bridge. Seven remains the joint-most still in the tournament for a club, tied with their vanquished Champions League final opponents Manchester City.

Mount has long been a big favourite of Gareth Southgate’s and he started England’s first two group games before associating too closely with Billy Gilmour.

After his Chelsea teammate tested positive for COVID-19, Mount was forced to self-isolate for 10 days, causing him to miss out on clashes with the Czech Republic and Germany.

But he made his return against Ukraine in the quarter-finals, notching the assist for Jordan Henderson’s first England goal, and now looks likely to retain his spot for the semi-final clash with Denmark. 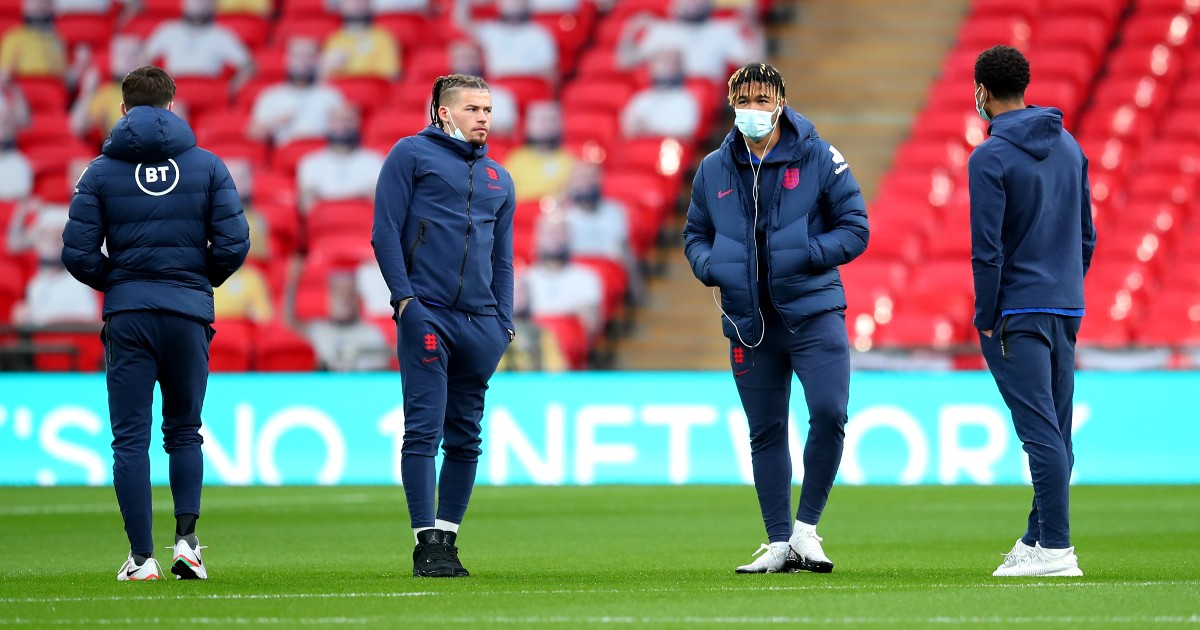 READ: An incredible XI of players that were in the Football League back in 2018-19

Like Mount, Chilwell was also forced to self-isolate after mixing with Gilmour in the aftermath of the Scotland draw.

Unlike his Chelsea and England teammate, however, Chilwell was clearly never high up in Southgate’s thinking, missing out on the matchday squad entirely for the opener with Croatia and going unused on the bench against Scotland.

After returning from isolation the left-back again missed the matchday squad for the Germany clash and was unused against Ukraine. He’s yet to play a minute of football since the Champions League final.

A solitary appearance is all James has to his name in the build-up to the semi-finals, given the responsibility of starting against Scotland in their second game.

An underwhelming display has seen him pick up no more minutes since, however.

He was left out of the matchday squad for the quarter-final and the chances of him starting ahead of Kieran Trippier or Kyle Walker for the Denmark clash seem incredibly slim.

Roberto Mancini’s maestro, Jorginho has been the ticking clock at the heart of Italy’s rampant midfield.

No player has played more minutes since the former Manchester City boss stepped into the national team dugout and Euro 2020 has made it clear why, with his constant and slick recycling of possession maintaining the Azzurri’s front-footedness.

There is no doubt he will be relishing the chance to take on Spain’s midfield on Tuesday night at Wembley.

🇮🇹 The smoothest drag back from Jorginho to take Thorgan Hazard out of the game 🔥🔥🔥#EUROSOTD | @HisenseSports | #EURO2020 pic.twitter.com/ACvCNadMvR

It looked as though Emerson would be a bystander for most of the tournament, with his only appearance prior to the quarter-finals coming against Wales in Italy’s final group game.

The brilliance of the rampaging Leonardo Spinazzola had kept him sidelined, but with the Roma left-back rupturing his Achilles against Belgium, he looks set to take his place against Spain.

There is no doubt the 26-year-old has some huge boots to fill, however.

Christensen’s rocket of a strike against Russia in Denmark’s crucial final group game will remain an iconic moment in his country’s history.

The 4-1 victory saw them qualify second to Belgium despite having to overcome the collapse of Christian Eriksen in their opener with Finland and now find themselves one game away from the Euro 2020 final.

In order to get there, however, they will have to get past Mount, Chilwell, James and the rest of England. But with an impressive back-three of Christensen, Simon Kjaer and Jannik Vestergaard, Southgate’s men will not find it at all easy either.

The man who lifted Chelsea’s second Champions League title in May will have his sights set on his second major European trophy of the year on July 11.

Azpilicueta was left on the bench for Spain’s first two group games but was brought into the starting line-up for their must-win clash with Slovakia – one they won 5-0.

He found the net in their thriller with Croatia and played his second 120-minute match in four days against Switzerland. No doubt Luis Enrique will included him from the start against Italy as well.