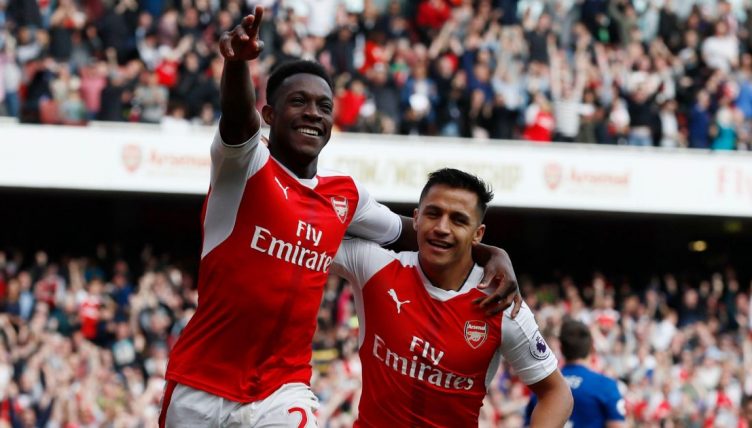 Alexis Sanchez wrote himself into Arsenal folklore as one of the best forwards to have ever played for the club, scoring 80 goals in 166 appearances.

He made the move to the Emirates in the summer of 2014 after the Gunners paid a fee of around £30million to Barcelona for his services, and his impact was immediate.

He may have slightly tainted his legacy by moving to Manchester United, but there is no doubting how good he was in his four seasons with Arsenal.

But he was actually one of eight players to sign for the club that summer. Here, we take a look at the other seven and how they fared…

The left-back was taken to north London after impressing in Arsenal’s Greek academy.

Unfortunately for him, he never progressed to the first team, leaving the Emirates for Brentford in 2016 with 44 appearances to his name for the Under-18s, and one goal.

After a loan spell with Cheltenham Town in League Two in 2018, he was snapped up by Panathinaikos. Chatzitheodoridis made a total of 43 league appearances across the 2018-19 and 2019-20 campaigns before picking up an ankle injury that impeded his progress.

Sheaf made the move to the Gunners academy at the age of 16 but failed to nail down regular first-team football.

He made just two first-team appearances, including a late cameo against Red Star Belgrade in the Europa League in 2017, and found himself regularly shipped out on loan.

The 2020-21 campaign was spent with Coventry City in the Championship, where he was a regular in Mark Robins’ first team. At the end of the season, he left Arsenal permanently and signed a three-year deal with the Sky Blues.

The Finnish shot-stopper arrived in north London in 2014 as a 16-year-old from HJK Helsinki and while his impact on the first team was non-existent he no doubt has some fond memories of his time in the academy.

In the 2015-16 season, Keto saved three penalties to win Arsenal a place in the semi-finals of the FA Youth Cup, knocking out Liverpool in the process.

He moved to Brighton in 2018 but once again found himself out of the first-team picture. Keto was granted a return to Helsinki in the summer of 2020 and spet two years there before joining Norwegian club Sandefjord in 2022.

Despite remaining with the club for four years after signing in 2014, the diminutive Frenchman suffered an inconsistent time at the Emirates that was peppered by injury.

After losing his place to Hector Bellerin, Debuchy did not even make the matchday squad for the FA Cup final against Aston Villa in 2015 and only played twice as Arsene Wenger took Arsenal to second in the Premier League in the 2015-16 campaign.

He was allowed to leave on a free transfer six months before the end of his deal in January 2018, signing for Saint-Etienne. In total, the right-back only made more than 10 appearances in a season once for the Gunners and has found regular football much easier to come by in France.

Debuchy is now turning out for Ligue 2 outfit Valenciennes.

After joining Arsenal from Southampton in the summer of 2014, Chambers proved an unspectacular but reliable presence, both at centre-back and right-back.

At the end of 2014 he was even nominated for the Golden Boy award alongside Kingsley Coman, Luke Shaw and John Stones – although they were all beaten to the trophy by Raheem Sterling.

In total, Chambers made 122 appearances for the Gunners, despite spending two seasons out on loan with Middlesbrough and Fulham. In January 2022, he finally departed for good, joining Aston Villa.

After Ospina had impressed with Colombia at the 2014 World Cup, Arsenal made their move for shot-stopper, bringing him in from Nice as competition for Wojciech Szczesny.

With Szczesny punished for smoking in the dressing room, however, Ospina was made first-choice for the remainder of the campaign and even earned a spot on the longlist of nominees for the 2015 Ballon d’Or. Weird, but true.

But his often costly errors slowly became an increasing source of irritation for the fans, famously dropping a corner into his own net against Olympiacos to hand a 3-2 win to the Greeks. He left in 2018, initially on loan to Napoli, after the arrival of Bernd Leno, but then permanently the following summer.

Ah, Danny Welbeck. Or to give him his official title, Dat Guy Welbz.

The striker has had a career riddled with injury but the fact he has managed to become such a firm fan favourite at every club he’s played for is a testament to the bloke. After six years with Manchester United, he made the move to North London, scoring 24 goals in just under 100 appearances.

He iconically knocked out his former club in an FA Cup quarter-final in 2015 but missed the final through injury. He made his return against Leicester City the following season, scoring a late winner at the Emirates against the Foxes to keep his side in the title race.

Further injuries followed, however, and he eventually left for Watford in 2019 and can now be found playing for Brighton, where he’s been seen putting Manchester United to the sword again.