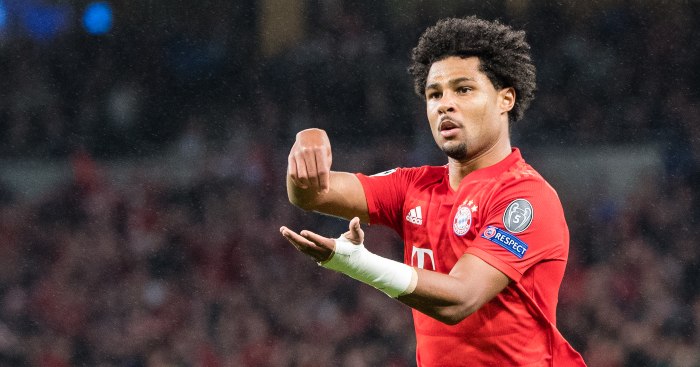 Despite being one of the richest clubs in the world, Bayern Munich often know how to sniff out a bargain rather than spend big money.

While Barcelona signed Philippe Coutinho for £142 million in 2018 – a large chunk of almost one billion euros they’ve spunked over the past five years –Bayern have been building a world-class squad with some astute signings (sure, they have splashed the cash when necessary, too).

We’ve looked at the combined cost of the Bayern Xl that beat the Spanish giants 8-2 in the Champions League quarter-final.

Neuer was the most expensive player in the Bayern Xl, having cost £27million from arch-rivals Schalke in 2011.

It’s fair to say that the Germany international has repaid that fee over the last nine years, winning 20 trophies, including eight Bundesliga titles and the Champions League.

He’s also won the UEFA Goalkeeper of the Year award four times and came third in the 2014 Ballon d’Or voting.

After impressing for RB Leipzig in 2. Bundesliga, Kimmich joined Bayern in 2015 for a reported fee of £7million.

The versatile defender has helped fill the void left by the retirement of Philipp Lahm, becoming one of the first names on the team sheet at the Allianz Arena.

What an absolute steal that has turned out to be.

Boateng failed to establish himself as a first-team regular at Manchester City and completed a £12.8million move to the Bundesliga side in 2011.

Since returning to Germany, he has developed into one of the world’s best defenders and has made over 300 appearances for Bayern.

The 31-year-old has struggled with injuries and inconsistency in recent years but has proven more than good value over the past nine years.

Bayern don’t just target established first-team players; Alaba was purchased as a youth player from Austria for just £135,000 in 2008.

He started out in the youth system and eventually became one of the best left-backs in Europe before converting into a world class centre-back in 2019-20.

Bayern’s scouts definitely deserve a pay rise for this one.

Davies started his career with MLS side Vancouver Whitecaps before he was snapped up by Bayern for just £9million in January 2019.

The 19-year-old has has been one of the breakout stars of the 2019-20 season, providing three goals and 10 assists from left-back.

He’s probably worth about 10 times what they paid for him now.

READ: Alphonso Davies had already tested that assist out this season – in two parts

After failing to break up Barcelona’s midfield trio of Sergio Busquets, Xavi and Andres Iniesta, Thiago completed a £21.6million move to Bayern as Pep Guardiola’s first signing at the club. In comparison, Manchester United signed Marouanne Fellaini for £27million in the same summer.

The Spain international has since developed into one of the best midfielders in the world and has played a pivotal role in Bayern’s recent success.

Barcelona must regret this one more and more every day.

Goretzka spent five years at Schalke and made the controversial decision to join arch-rivals Bayern on a free transfer when his contract expired in 2018.

Despite a slow start to his Bayern career, the 25-year-old has earned rave reviews for his performances in the heart of their midfield this season.

Despite infamously struggling on loan at West Brom from Arsenal – Alex Pritchard was among the six wingers Tony Pulis preferred – Gnabry joined Werder Bremen amid accusations from Arsene Wenger that Bayern “manipulated” the deal so that the attacker was always going to end up in Munich.

The 25-year-old has gone from strength to strength in the last few years, as shown by his six goals against Tottenham and Chelsea in the Champions League in 2019-20.

Muller joined Bayern as a 10-year-old in 2000 and climbed through the club ranks before making his first-team debut against Hamburg in 2008.

Since then the 30-year-old has been on a rapid rise, winning countless trophies while scoring 199 goals in 533 appearances for his boyhood club.

He found himself frozen out under Niko Kovac in the first half of the 2019-20 season but has been reinvigorated since Hansi Flick took charge.

Eyebrows were raised when Bayern announced they’d paid a £4.5million fee to sign Perisic on a season-long loan deal from Inter Milan in 2019.

But the winger has proved his doubters wrong in Bavaria, registering eight goals and 10 assists in all competitions in 2019-20.

Admittedly, Leroy Sane will be a slightly more expensive option next season.

After Lewandowski refused to sign a new contract at Borussia Dortmund, Bayern took advantage of the situation and signed the striker on a free transfer in 2014.

That has proved to be one of the transfer coups of all time, with the 31-year-old scoring 245 goals in 287 appearances for the club at the time of writing.