The average media player ratings from England’s victory over Denmark 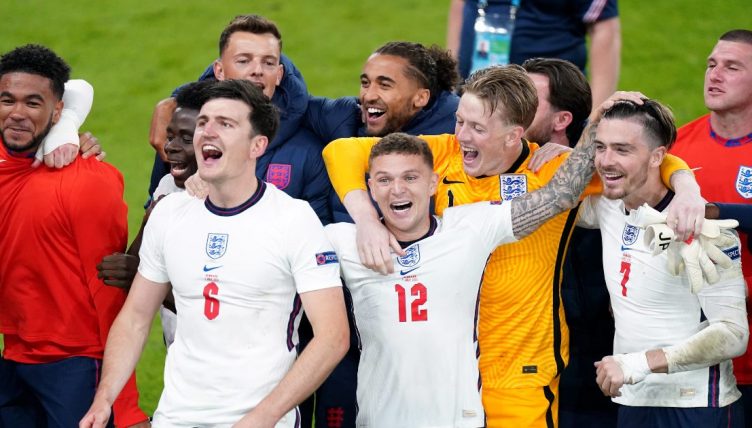 England are through to their first-ever European Championships final after coming from behind to beat Denmark 2-1 at Wembley.

Occasions like this only come around once every 55 years, so it’s been interesting to take a look at how the media covered such a momentous occasion. The answer is with surprisingly cool heads – with plenty of sixes and sevens in their player ratings.

We’ve taken a look at how four publications – The Guardian, The Telegraph, Sky Sports, The Daily Mail – rated the players and calculated an average score for each. Here’s how they were rated, ordered from the lowest scores to the highest.

The classic “introduced too late to make an impact” after he was brought on to help see out England’s lead in the 106th minute for Jack Grealish, the Telegraph and Mail refrained from giving the Atletico Madrid man a score, while The Guardian and Sky Sports went safe with a six and seven respectively.

Brought on for Declan Rice five minutes into extra time, the Liverpool captain was present as England cranked up the pressure on the Danes.

“A positive presence after taking Rice’s place in midfield and doing his bit to maintain England’s supremacy,” was Sky Sports’ verdict, with a seven.

A pair of sixes and a pair of sevens for the West Ham midfielder, who appeared to cop the blame for England being a bit open in midfield during the first half.

“Became more aggressive after a tentative first half-hour but never quite assumed control of midfield,” wrote the Guardian’s Nick Ames from Wembley.

Mount didn’t quite get the plaudits of the rest of England’s more advanced attackers, although the Mail did bring up his average with a 7.5.

“Oozed confidence in possession and diligently completed his defensive duties. Not hard to see why he’s one of Southgate’s favourites,” wrote Sami Mokbel.

He deserved at least a seven for providing us with such heartwarming scenes after the final whistle.

Shawberto Carlos wasn’t quite as outstanding going forward as he was in the 4-0 mauling of Ukraine, but he remained defensively solid as ever, although the Telegraph didn’t quite see it that way with a six.

“One of England’s stars of the tournament but this was a more testing experience, with Shaw frequently outnumbered by Denmark on the left. Unnecessary foul which led to Denmark’s goal,” John Percy noted.

Gary Neville and Roy Keane weren’t impressed by the Everton goalkeeper for Mikkel Damsgaard’s free-kick, the first and only goal England have conceded so far, but the journalists were a bit more understanding, with scores ranging from sixes to a 7.5 in the Mail.

The Manchester City forward hasn’t quite had the minutes he might have expected after starting the first couple of group games, but he offered a reminder of what he offers with a lively extra-time cameo.

“Twisted Denmark in knots as England turned the screw,” assessed Ames in the Guardian.

Grealish suffered the indignity of being substituted as a substitute – but everyone seemed to understand this was a pragmatic tactical decision from Southgate as opposed to any reflection of his performance on the night.

The highest-rated of England’s substitutes on the night, all four publications gave the Aston Villa fan favourite a seven.

“A colossal performance in the heart of England’s defence. Kept a cool head in the heat of battle and stood up to everything,” was the verdict in the Mail with an eight. Hard to disagree with that.

It’s funny to think now that 18 months ago, Walker was out of the England frame. A testament to his improvement that he’s kept his place in the position Southgate is most stacked with options.

“Comprehensively won his battle with Maehle, and his tremendous pace gave England impetus at both ends,” wrote Ames in the Guardian with an eight.

No one rated the versatile Arsenal man any lower than a seven, with an eight from Sky Sports. Some questioned whether he’d make the final 26 a month ago, but his performances in the tournament have consistently impressed. He looks a likely candidate to make the XI for the final now.

“This lad has incredible character. Like Rice, better the longer the game went on – although it would be an exaggeration to say England had charge of the midfield,” assessed Sky Sports with an eight.

“England’s most difficult period of the tournament had come in the first 30 minutes when Phillips was unable to provide any sort of positive influence as the Danes grew in strength. But it says everything about his resolve and tenacity that Phillips was still on the pitch for the full-time whistle.”

Leeds United’s first-ever European Championships finalist. Not bad for a player that was playing in the Championship a year ago.

We're tired just looking at it 😰

“Appeared to be targeted by Denmark due to his lack of pace but this was a disciplined, focused performance. Seemed to grow in stature as the game grew older,” wrote Percy in the Telegraph.

Those group-stage criticisms feel a very, very long time ago now. Kane could potentially end the tournament with another Golden Boot, while becoming the first England captain since Bobby Moore to lift silverware.

The Mail stopped just short of giving him a perfect score, with a 9.5. Maybe it would’ve been a perfect 10 if he wasn’t required to score his penalty on the rebound.

🏴󠁧󠁢󠁥󠁮󠁧󠁿 Involved in the first goal, scored the all important second and made England history in the process. Harry Kane = Star of the Match 🥇

He didn’t score lower than eight by anyone. Emphatically silencing his doubters, and we absolutely love to see it. 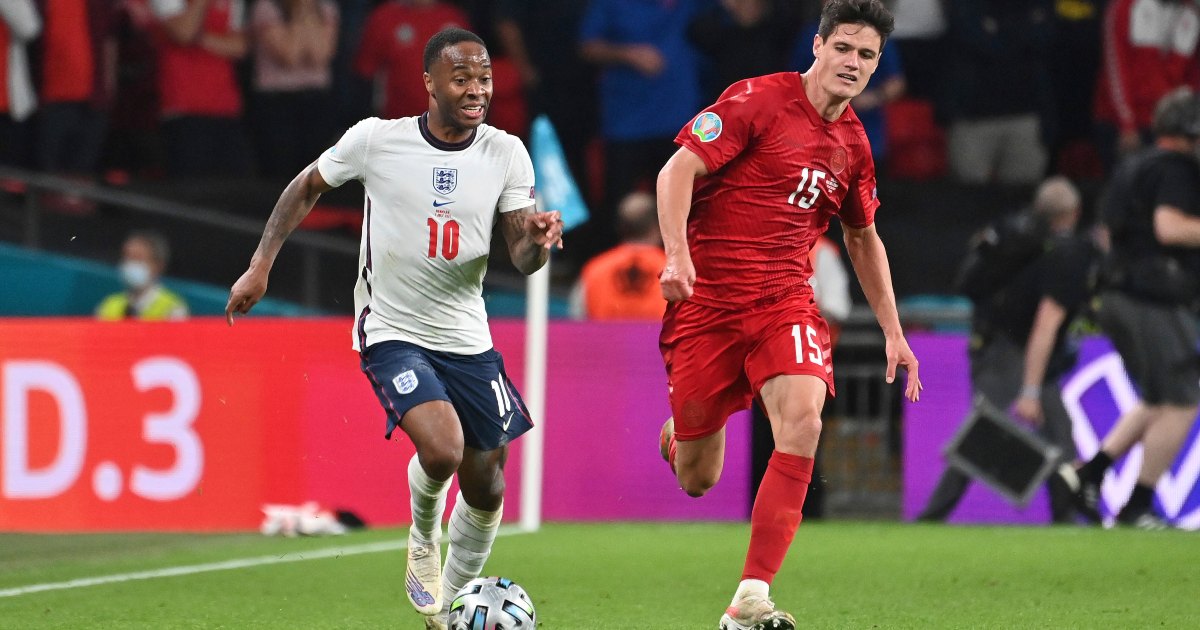 READ: Italy beware: Supercharged Sterling is on a mission to prove England wrong