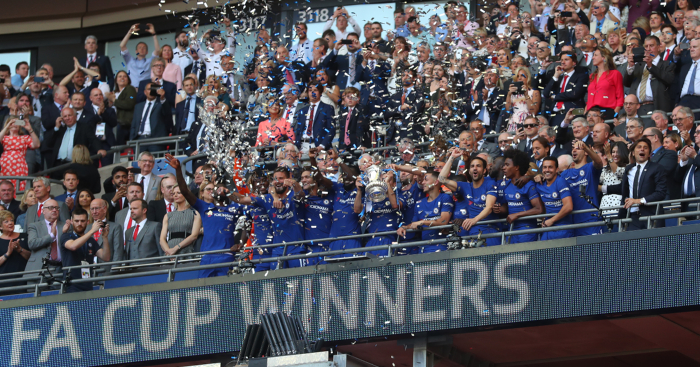 Eden Hazard’s penalty was the difference as Chelsea defeated Manchester United in the FA Cup final on Saturday.

Antonio Conte’s side did their best Jose Mourinho impression, as they shut up shop after opening the scoring just before half-time after Phil Jones felled Hazard in the box.

We’ve taken a look at how five media outlets – the BBC, Guardian, Daily Mail, Independent and Daily Mirror – rated each player in the final.

Chelsea’s goalkeeper had a solid game, standing firm to everything United threw at him and making one stunning save from Phil Jones’ header.

The all-action centre-back, who has been Chelsea’s rock all season, was solid once more, but was evidently under instruction not to venture forward as he has done on occasion this term.

“Showed why he got England recall,” wrote the Daily Mirror. Comfortable but relatively untroubled by a disappointing Marcus Rashford.

Again, no thrills but a pretty solid performance from the final member of Antonio Conte’s back three, Chelsea’s fan’s favourite showing why it’s so easy to love him.

"I need Rudiger to play like this every game, then I'll stay!"

Probably lucky to avoid a red card after a handful of fouls on Ashley Young, but having been sent off in last year’s final he’ll have been happy to complete the match with the majority of papers handing him a 6.

It seems Fabregas’ age might be starting to get the better of him as energetic players ran around him at Wembley making the Spaniard look slightly off the pace. Tidy on the ball as ever, though, and his great ball for Hazard led to the all-important penalty.

“Tireless in his work, made excellent runs forward and protected the defence. Brilliant,” said the Mirror as they picked Kante as their man of the match.

“Didn’t do anything drastically wrong which counts as good for him this season,” writes the BBC’s Phil McNulty.

Fell foul of his own high standards when missing a glorious chance to make it 2-0.

“Every time he got on the ball he caused the Manchester United defenders problems. An absolute joy to watch,” wrote the Independent, as they brazenly slapped a 10 next to the match-winner’s name. 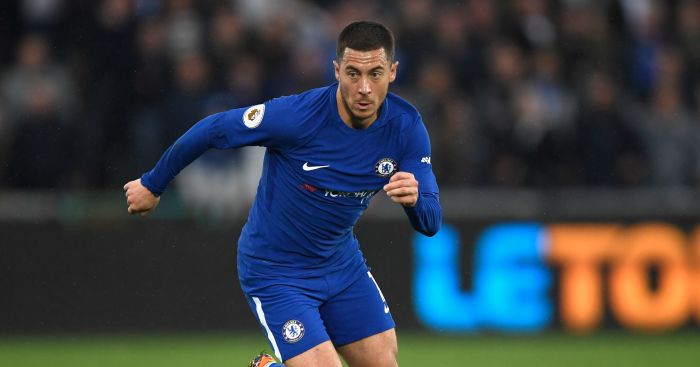 The overall view is that Giroud was isolated up front, which isn’t his fault, but also means he can do little to get more than a 6.

Quiet day for De Gea, who was beaten only by Hazard’s penalty, making a couple of decent but expected saves along the way.

Poor going forward and poor coming back is the overarching view on Valencia’s performance. Usually seen marauding down the United right, he had to be more cautious against the dangerous Hazard.

Perhaps Smalling looked better alongside a struggling Jones, but the Mirror still questioned Gareth Southgate’s choice of United centre back.

It’s almost embarrassing reading when a player gets all 4s and one 3, but ultimately Jones’ misjudgement cost United the cup final. “Worrying dress rehearsal for when England meet Belgium in June,” wrote the Guardian. 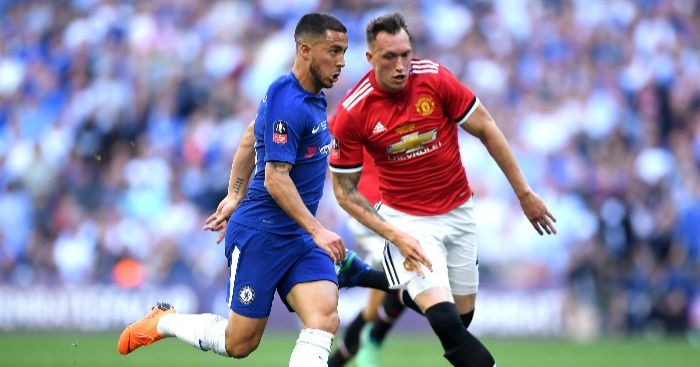 WATCH: Should Phil Jones have been sent off after Chelsea penalty?

Decent enough performance, though all of Chelsea’s danger was being aimed at Jones and Valencia. His attempts to start United attacks were commendable.

Everyone’s still waiting to see something permanent from Pogba, only we’ve been waiting two years now. Joined Jones in receiving a 4 from the Guardian.

Appeared to be man-marking Hazard, but that meant he didn’t really have a position, often looked lost, and didn’t do anything with the ball.

Not the performance we were hoping for from Lingard on his favoured big stage. “Full of usual industry but not the end product,” said the Mirror.

Received the same score across the board after a disappointing afternoon. Not looking his best heading to Russia.

“Busy without brilliance,” wrote the Mail, who also claimed Sanchez was lucky not to be replaced. Hopefully a summer off brings him back to his best.

“His performances, well they have to improve. They can’t get any worse to be honest with you.” Scholes on Sanchez

Been consistently terrible since we signed him & worst of all it destroyed Lingard, Pogba, Martial & Rashford's form.

Mark Clattenburg: I wanted to quit after Chelsea vs Manchester United in 2012

Watch: Should Phil Jones have been sent off after Chelsea penalty?