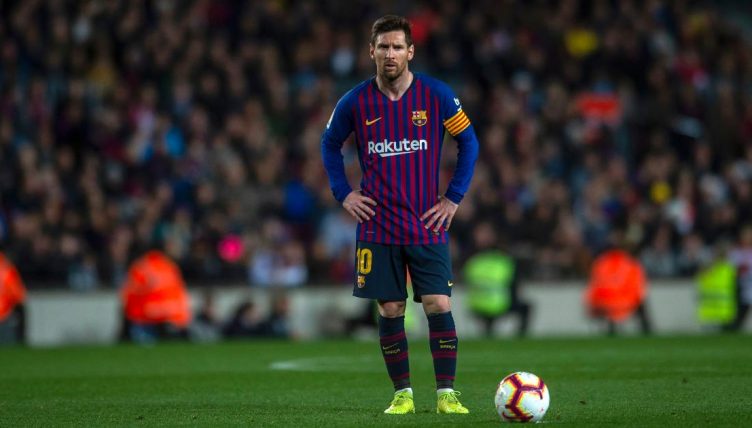 From David Beckham’s goal against Greece to Roberto Carlos’ stunning strike against France, there are few things better than a well-taken free-kick.

ESPN have looked at the nine players with the most direct free-kick goals in Europe’s big five league since the start of the 2016-17 season.

An unsurprising name is top of the list, by quite some distance, but a number of more unheralded names feature along the way.

An AC Milan academy graduate, Verdi has scored six free-kicks across spells at Bologna, Napoli and Torino in recent years.

He also converted free kicks with both feet during a game against Crotone in November 2017, becoming the first player to achieve that feat in a single Serie A game since Opta records began in 2004-05.

“If you put enough hours in kicking a ball against a wall, your technique will get better, no doubt,” former Bologna assistant manager Angelo Antenucci told the Guardian in 2016. “But no matter how hard you train you won’t match that level of perfection which Verdi has.”

After being stripped of the Valencia captaincy by Gary Neville in 2015-16, Parejo turned things around and rediscovered his best form at the Mestalla.

The Spain international scored six free-kicks for Los Che in La Liga since the start of 2016-17 before completing a shock move to Villarreal in 2020.

Following in the footsteps of Juninho, Fekir showcased his impressive dead ball credentials during his time at Lyon.

Having scored six for the Ligue 1 side, the former Liverpool target is yet to find the back of the net from a direct free-kick for Real Betis.

While Bardhi might be relatively unknown outside of Spain, the midfielder has forged a reputation as one of the best free-kick takers in La Liga.

After joining Levante in 2017, the Macedonia international scored five goals from 16 direct free-kicks in his debut season, but he has added just one to his tally over the last two-and-a-half years.

During his brief spell at Liverpool, Aspas failed to make a real impact and is best remembered for taking the worst corner in the history of football.

The Spain international returned to boyhood club Celta Vigo in 2015 and has clearly spent a lot of time on the training ground working on his set-pieces.

In the last five seasons, he has scored seven direct free-kick goals in La Liga, including a late equaliser against Barcelona in June 2020.

The wonderful Iago Aspas 89th minute free kick to draw the game with Barcelona and hand Madrid the advantage.. pic.twitter.com/bBv6kSixHo

Dybala has had a lot of success from dead-ball situations, netting seven free-kicks for Juventus in Serie A since the start of 2016-17.

His numbers could have been even better had Cristiano Ronaldo not taken on the free-kick mantle since arriving at Juve in 2018.

Ward-Prowse is widely regarded as one of the best free-kick takers in the world, scoring eight in the Premier League over the last four-and-a-half-years.

“After every training session, I see James taking free-kicks. I just sit there and remember watching [David] Beckham all those years ago,” Theo Walcott told talkSPORT in December 2020.

“I always thought I should have got involved with free-kicks but he was just too good. Now I see James and think, ‘You’re better.’

“It’s just the way he adjusts his run-up and is always match-prepared. It is brilliant to watch and it is showing. He is always such a threat, especially when you have got us players running at defenders and trying to win free-kicks.

“It is almost like a penalty for him these days, a good weapon to have.”

Nicknamed the Serbian Roberto Carlos due to his set-piece prowess, Kolarov scored one free-kick for Manchester City in 2016-17 before registering seven for Roma.

While Messi didn’t start off as a free-kick specialist – indeed, two players in La Masia took preference over him – he worked hard on his technique to add yet another string to his incredible bow.

The Argentina international has scored a staggering 21 free-kicks since the start of 2016-17, more than Kolarov and Ward-Prowse managed combined.