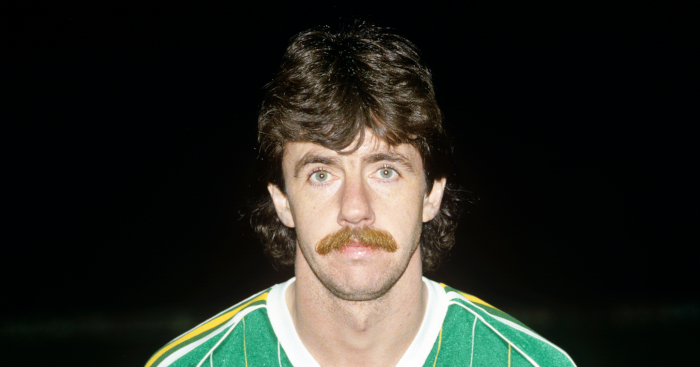 You can be forgiven for letting this pass you by, but former Liverpool hero Mark Lawrenson is a comedy genius.

Lawrenson is now best known for being one of commentary’s best miserabilists, and we can’t help but love him.

The man himself bizarrely took part in an Ask Me Anything Session on Reddit on Monday, and the results were wonderful.

Paultry: “Why are so many pundits ex-Liverpool players?”

IamLawro: “Good question. I think it’s because we won every trophy going – so we were always doing interviews. People knew we could speak semi-coherently. We all talk shite anyway.”

CobiLUFC: “Hi Mark, If all the Premier League managers had a Royal Rumble, who would be the winner? Smart money must be on Dyche.”

IamLawro: “There can only be one winner. Sean Dyche. He scares me from 100 yards away.”

twatvillareal: “Do ever plan on breaking your undefeated Liverpool prediction streak? I believe you’re up to something like 99 in a row Liverpool are unbeaten.”

Match of the Day

Reggin2011: “Hi Mark, how difficult is it to prepare for MOTD? Do you actually watch all the games or do you just watch the highlights beforehand? How much of the presenting is on the spot compared to rehearsed?”

IamLawro: “A) I’m not a presenter – that’s Lineker

“B) not been on MOTD for five years

We've somehow managed to convince Paddy Power ambassador Mark Lawrenson to do an Ask Me Anything over on Reddit. It's kicking off at 12pm. pic.twitter.com/gU64kBmGyF

igotdamaged: “Hi Mark, I hope you’re well. I’m a lifelong LFC supporter and a massive fan of yours. Quick question for you, that has always intrigued me:

“When owls have sex, do you think the lady owl ever turns her head 180 degrees so that she’s face-to-face with the boy owl when they’re doing it doggy style?”

IamLawro: “On a barbers floor somewhere in Mayfair – never to be seen again. I’ve seen old pics and it looks like I had a rat across my top lip.”

Napoli5: “Hi Mark. Have you ever wondered who took your high score on the penalty kick simulator at the National Football Museum when it was at Deepdale? If so, it was me.”

IamLawro: “Well done you! Would you like a Blue Peter badge?”

IamLawro: “100 duck sized Andy Carrolls. Because 95% would be injured anyway.”

Tim119: “Out of all the pundits you have worked with, who is 1, the one you consider to have the least knowledge on football, 2, the most annoying, 3, the smartest with the most knowledge of football?”

N7HEA: “Why do you suck the joy out of everything you touch? You could make the most beautiful poem sound like the instructions for making concrete.”

IamLawro: “Because I’m a miserable bastard.”

Chaz1871: “Hi Lawro, who’s the footballer currently playing who you’d most like to smack in the face and why?”

IamLawro: “Sergio Ramos – how could it not be?”

IamLawro: “And his mate Pepe would be the next!”

AfricanOlympicSwim: “Who’d win in a fight Roy or Souness?”

The best of the Royal wedding matchday thread on Reddit