The best of the Royal wedding matchday thread on Reddit 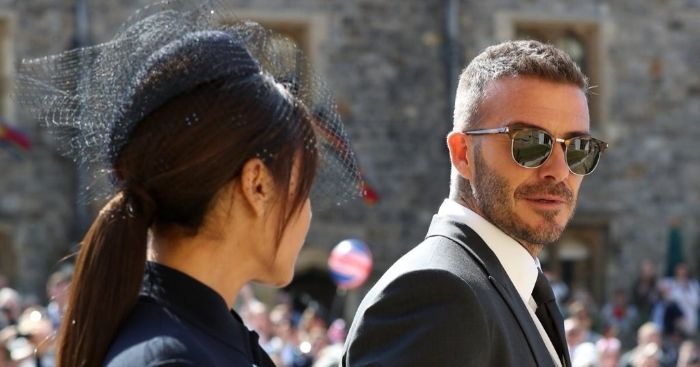 While the majority of football fans have spent the day awaiting the FA Cup final between Chelsea and Manchester United, you may have heard that there has also been a Royal wedding.

Prince Harry married Meghan Markle at Windsor Castle, allowing one brilliant mind – going by the username of 00Laser – to start a matchday thread of the occasion on Reddit.

Just to give you a sense of how much detail our mate 00Laser has gone into, we’ve even got the team of officials named: “David Conner (Dean of Windsor), Justin Welby (Archbishop of Canterbury), Michael Curry (Bishop of The Episcopal Church).”

The ceremony has been split into two teams and will see Great Britain take on the USA. Great Britain have home advantage, given the match is played at Windsor Castle, but we’re not too sure whether away goals count if the game ends as a draw.

Looking at the teams, Prince Philip and Prince William form an experienced centre-back pairing, but we worry that Queen Elizabeth might be targetted by the opposition at left-back.

David Beckham is undoubtedly the star of the side, lining up on the left wing, and the former England captain will be hoping to provide the assists for the front two of Idras Elba and James Blunt.

In terms of the visitors, our eyes are immediately drawn to a back four including Serena Williams, Oprah Winfrey and George Clooney. They have opted for the falsest of No.9s in “Not Donald Trump”.

"OK, this'll be done in, what, 20 minutes, bit of glad-handing, wolf down the food, bang out the speech, quick change, Uber – just have to suck up the surge – could be at Wembley by 5.30… it's doable. IT IS DEFINITELY DOABLE" (CC @MundialMag) #RoyalWedding pic.twitter.com/olSw5fhLFZ

And now to the best of the minute-by-minute action:

1′ The music has started. Sh*t’s about to get real.

5′ And there is the car with the opponent and her mum. It’s getting heated.

11′ First great scene by Markle near the goal, the crowd is getting ecstatic!

20′ Only disappointment so far is the performance of William’s hairline.

25′ Here we have Charles trying to step out of Elizabeth’s shadow with a slide tackle just before she’s entering the scene.

40′ Harry and Meghan have a long talk with the official right now, I feel like they might get carded. Difficult situation for both of them since the match is likely getting more physical later on.

45′ ⚽ Goooal! In a freaky turn of events Markle and Harry both beautifully score within seconds! Harry confidently declares “I will” and so does she. The new score is 1-1.

64′ Great choreo now by the Gospel Choir. The Queen is probably delighted they renounced the use of pyrotechnics today.

68′ ⚽ Goooal! Harry slides the ring on her finger nervously but it’s good!

70′ ⚽ Goooal! And Meghan on the other side with the counter. You can see she’s done it before. Great Display! New score is 2-2.

Man of the Match: Love

The final score ends 2-2, so we’re not sure whether that means the USA have won on away goals. Hopefully there’s no need for a second leg, so let’s just call it a draw.

There are over 2,000 comments on the thread at the time of writing, so without going through them all, here are a few of the early highlights:

Romelu_Pookaku: “Look at the cretins in the crowd. Where were you when they were sh*t? F*cking plastics.”

manlikemarouane: “Biggest match of the year and every one in the crowd is sitting quietly. I f*cking hate modern football.”