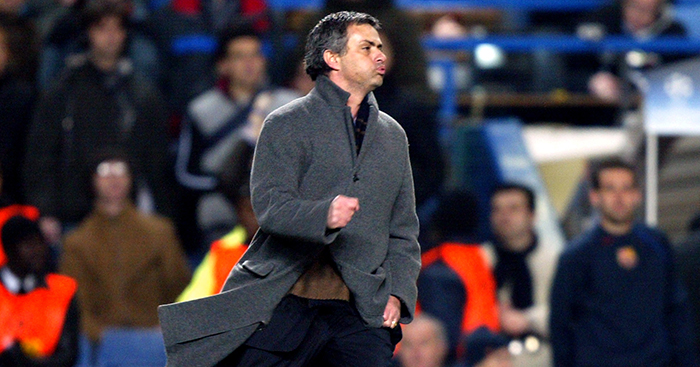 Jose Mourinho made an incredible impression on English football when he took over at Chelsea in 2004 – and we remember his early years at Stamford Bridge in the third episode of our new 2000s podcast, The Broken Metatarsal.

Having celebrated the Arsenal Invincibles and Leeds United’s run to the Champions League semi-finals in the first two episodes, this week we reminisce about a time when Mourinho was far removed from the divisive figure he is today.

Indeed, the Leeds, Stoke, Arsenal and Middlesbrough fans on this episode unite in declaring their love of Mourinho when he first moved to the Premier League, announced himself as the Special One and promptly went and won the title.

Host Rich Williams, a Leeds fan, and Planet Football Editor Mark Holmes, a Stoke City fan, are joined by presenter and Arsenal fan Alex Brooker plus Middlesbrough fan Pete Farries on this episode, with Mark revealing that not only did he love Mourinho back then, he still can’t help but like Chelsea.

Steven Watt joins on the phone to tell some stories of Mourinho’s first year at Stamford Bridge, including when he hit in a laundry basket to get around a stadium ban, while even Alex manages to put club loyalties aside to reveal his admiration for early Mourinho and that first Chelsea team he put together.

As we will do every week, we finish the episode with a game of Football Fact or Fiction in which Rich tries to guess which of the three unlikely stories about Mourinho is in fact true.

Or you can just listen to the episode below.