The attacking duos with the most Premier League goal combinations 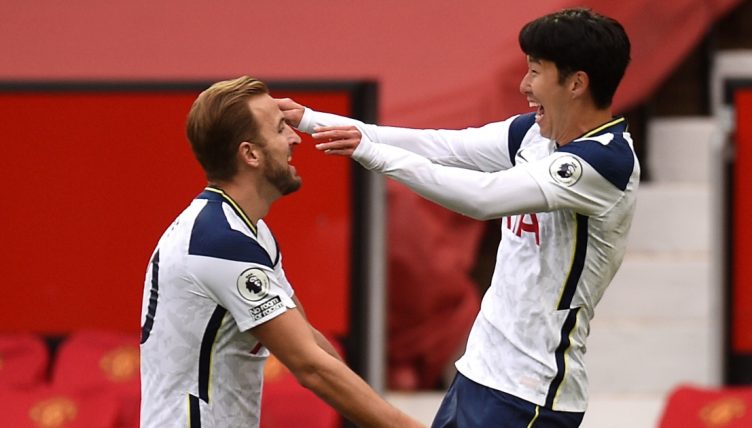 The Premier League has seen some fantastic strike partnerships over the years – but which one was the most fruitful?

Alan Shearer and Chris Sutton famously fired Blackburn Rovers to the title in 1994-95 and Dwight Yorke seemed to have a telepathic partnership with Andy Cole at Manchester United.

Cristiano Ronaldo and Wayne Rooney also linked up brilliantly at Old Trafford while Luis Suarez and Daniel Sturridge were a deadly double act for Liverpool.

But none of these players make the final list as we’ve taken a look at the five duos with the most goal combinations in Premier League history.

Anderton and Sheringham both joined Tottenham in the summer of 1992 and they developed an almost telepathic partnership at White Hart Lane.

Sheringham managed to score 97 Premier League goals during his two stints at Spurs and Anderton directly set up 20 of those strikes.

But the duo were also able to switch roles and seven of Anderton’s Premier League goals at Tottenham were created by his fellow England international.

“Every now and again, you come across people that understand how you play and accommodate you perfectly,” Sheringham told Stats Perform in 2021. “Not everyone gets on that wavelength, but I definitely had it with Darren Anderton.

“Maybe it’d be a little signal or an eye contact, but he would understand exactly where I wanted the ball.

“That’s one thing understanding it, and there’s another thing putting it exactly where it’s needed to be. He was unbelievable at that.

“People ask me who my favourite players are that I played with. He’s out there in the top three because he was phenomenal at putting the ball exactly where I wanted. He was a feeder.

“I was the goalscorer at Tottenham, and I made a few for him as well.”

The understanding between Darren Anderton and Teddy Sheringham peaked during the 1994/95 season.

Especially with their trademark near-post corner routine, which worked 3 times that campaign against Wimbledon, Newcastle & Chelsea.

Aguero became City’s greatest goalscorer of all time and 21 of his 184 Premier League goals were set up by the mercurial Spaniard.

“We play really close to each other and Kun is the one who needs to score goals because he is the striker,” Silva told City’s official website in 2020. “I am only there to help him and create the chances for him to score goals and in this case, I am happy because I think I helped him.

“The stats are there, I gave him lots of assists and to be fair he makes it very easy because he knows how to find the spaces and he is clinical in front of goal.”

While Aguero was renowned for his finishing rather than his creativity, he did manage to assist seven of Silva’s Premier League goals.

After becoming Arsenal manager in October 1996, Arsene Wenger made some astute signings and the French revolution was in full swing.

Henry and Pires, who arrived in 1999 and 2000 respectively, interchanged brilliantly down the left-flank and they laid on 29 Premier League goals for each other, with Henry scoring 17 and Pires 12.

"It was Thierry's idea and it was my mistake, because I missed the ball. I regret the pass but not the penalty. It was a good idea, the people need to watch something new."#OnThisDay in 2005, Thierry Henry and Robert Pires got in a bit of a pickle.pic.twitter.com/aAjDKIsoL5

Drogba and Lampard were a key part of Chelsea’s most successful era, winning three Premier League titles between 2004 and 2010.

They also had some great link-up on the pitch and 24 of Drogba’s 104 Premier League goals were set up by the former England international.

Since arriving at Tottenham from Bayer Leverkusen in 2015, Son has become renowned for his brilliant strike partnership with Kane.

Son and Kane have both become renowned for their ruthless finishing and brilliant passing range, making them the perfect double act.

The Tottenham duo combined for 14 league goals in 2020-21, breaking the record for most goal combinations in a single Premier League season.

Son’s goal against Leeds United in February 2022 marked the 37th time that he and Kane have combined to score in the Premier League, moving them ahead of Drogba and Lampard.

“We have a lot of conversations,” Son told BT Sport in 2021. “Harry knows what I’m going to do if he drops deep. And then I always know what he’s going to do – I try to find him too because he can create a lot of problems for defenders.

“It’s so enjoyable to watch him, even for me when I’m playing with him! He’s such a fantastic player and such a fantastic guy, so humble and works so hard. We both want to work hard to get better.

“With Harry and me, there’s no jealousy. We want to improve, we want to help the team – I think that’s the most important thing.”