Barcelona‘s transfer activity in recent years has come under increasing scrutiny as the club have fallen off the pace in La Liga.

To be fair to Barca, replacing the likes of Andres Iniesta and Xavi was never going to be easy but, as highlighted by The Athletic, they’ve spent an eye-watering amount of money since their last successful summer, when they signed Luis Suarez, Ivan Rakitic and Marc-Andre ter Stegen in 2014.

We’ve taken a look back at their recruitment from 2015 onwards to see where some of the problems have occurred.

The summer of 2015 should have been fairly straightforward for Barcelona. Coming off the back of a Treble under Luis Enrique and under a transfer ban, sitting pretty would have been understandable.

Instead, Barcelona decided to sign Aleix Vidal from Sevilla and Arda Turan from Atletico Madrid, with The Athletic suggesting the two fees totalled a combined €51million.

The duo had to wait until January 2016 before being able to register for Barcelona. It really wasn’t worth the hassle.

Come the following January, Vidal had already fallen out of favour under Luis Enrique and ultimately returned to Sevilla in the summer of 2018 having made just 30 La Liga appearances in two and a half years at the Camp Nou. His second spell at Sevilla has followed a summer trajectory and he now finds himself on loan at Alaves.

Turan, meanwhile, is now considered one of Barcelona’s worst ever signings. His contract has finally expired this month after spending the last three seasons on loan at Istanbul Basaksehir, although even they got sick of him and terminated his latest spell six months early, with his misdemeanours including a suspended prison sentence after firing a gun in a hospital following a fight with a pop star and a 10-match ban for pushing an assistant referee.

Barcelona lost one of their key figures in the summer of 2016 as Dani Alves left to join Juventus on a free transfer, with Luis Enrique bolstering his squad with six signings totalling €125million.

Of the six arrivals – Andre Gomes, Paco Alcacer, Samuel Umtiti, Lucas Digne, Jasper Cillessen and Denis Suarez – only Umtiti remains at the club. Speculation persists that the centre-back could be set for a move to the Premier League, although his fitness and form also remain under scrutiny.

Gomes and Digne have since shone at Everton, which sums up the sense that this group of signings were designed for a club a tier or two below Barcelona. 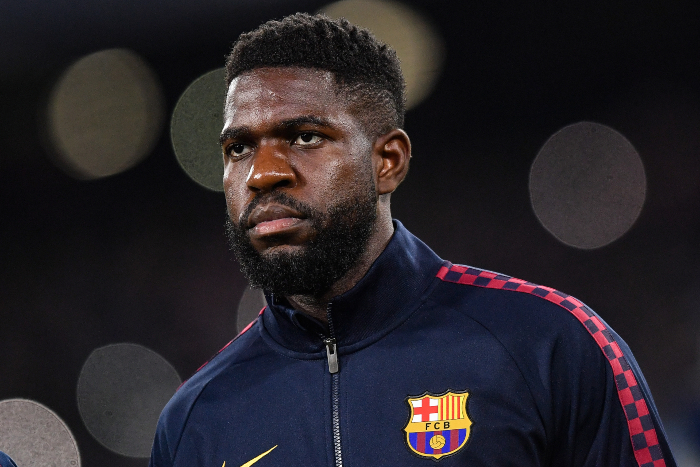 Selling Neymar to PSG for €222million somewhat helped offset Barcelona’s outlay in 2017-18, which totalled a combined €375million across the campaign, but they will feel they should have got more bang for their buck.

Ouseman Dembele and Philippe Coutinho were the headline arrivals, with both players likely to spend their summer of 2020 looking for a new home. The signing of Dembele for €105million with a further €40million in potential add-ons, only a year after the winger had joined Borussia Dortmund for around €15million, adds to the suspicion that Barcelona really aren’t getting this right.

When you look at the signings of Dembele, Coutinho, Paulinho, Nelson Semedo, Yerry Mina, Gerard Deulofeu and Marlon, picking out Paulinho as the main highlight is a damning indictment.

A campaign which saw a number of players previously mentioned in this article leave the club – Deulofeu, Digne, Vidal, Mina, Marlon, Paulinho and Alcacer were all sold – was most significant for the departure of Andres Iniesta.

As things didn’t work out for Iniesta’s original replacement, Coutinho, central midfielders Arthur and Arturo Vidal arrived as Barcelona spent a combined €129million to also land Malcom and Clement Lenglet, while Jean-Clair Todibo joined in the January for just €1million.

Malcom played just 15 times in La Liga before joining Zenit, while Todibo is on loan at Schalke with an option for the move to be made permanent.

Arthur has shown glimpses of real quality but has now been sold to Juventus – reportedly against his wishes – as Barcelona have sign Miralem Pjanic from the Italian giants.

Lenglet has been one of the few players on this list to establish themselves within the starting XI. Vidal, meanwhile, has regularly been linked with an exit.

Antoine Griezmann and Frenkie de Jong were the headline names of Barcelona’s €273million splurge this season, and while the latter has time on his side, Griezmann has been underwhelming having failed to recreate his Atletico Madrid form.

The less said about the other signings this season – Martin Braithwaite, Neto, Junior Firpo, Emerson and Marc Cucurella (already sold) – the better.