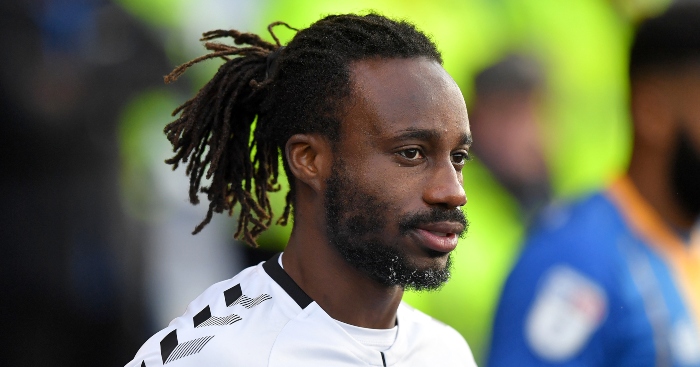 While Frank Lampard has given first-team opportunities to several Chelsea academy graduates, some players have to take a different pathway into senior football.

The Blues recently announced the departures of three academy players, who will now have to forge careers elsewhere.

We’ve taken a look at the eight academy players Chelsea released in the summer of 2019 to see how they’ve fared since leaving.

Collins joined Chelsea at under-12 level and progressed through the age groups to become a regular in the under-21 team.

After being picked up on a free transfer by Barnsley in 2019, the goalkeeper has made 22 appearances in all competitions for the Championship side.

Dabo spent the 2018-19 campaign on loan at Sparta Rotterdam and joined Coventry City following the expiry of his Chelsea contract.

The right-back helped the Sky Blues win the League One title in an outstanding campaign that saw him named their Player of the Year.

“The way I see it is I got my education there (Chelsea), learned a lot and I haven’t got a bad word to say about the club,” Dabo told CoventryLive in June 2020.

“But I have moved on now and want to keep learning and try to be the best I can and get back to the Premier League.”

Kane spent 18 years at Chelsea but failed to make a single first team-appearance for his boyhood club.

After eight loan spells away from Stamford Bridge, the defender rejected a new contract and dropped down to the Championship to join Queens Park Rangers on a free transfer.

He has established himself as a regular starter at Loftus Road, making 34 appearances in all competitions in 2019-20.

Todd Kane released by Chelsea at the age of 25. What a career. pic.twitter.com/2JZCIkTacl

Quintero joined Chelsea from Barcelona’s La Masia academy in 2013 and was tipped for a bright future at Stamford Bridge.

The 23-year-old failed to live up to his potential and returned to Spain with Segunda Division B side Espanyol B, making 10 league appearances in 2019-20.

Despite playing an integral role in the under-18 side that won three consecutive FA Youth Cups from 2014 to 2016, Sammut never managed to break into the first-team picture at Stamford Bridge.

The midfielder signed for Sunderland following a successful trial in 2019 and made 18 appearances for their under-23s in Premier League 2.

But he didn’t do enough to earn a contract extension and was released at the end of the 2019-20 season.

Scott made just one first-team appearance for Chelsea, coming off the bench during a 4-0 win against Hull City in the FA Cup in 2018.

The midfielder was handed a Premier League lifeline by Newcastle United in 2019 but has struggled with injuries and is yet to appear for the senior squad.

“The motivation, as always, is to get back playing to the level I know is attainable and to push for the first team,” Scott told Chronicle Live in April 2020.

“I hope to show in pre-season I can warrant selection amongst the squad for next season proving myself to the club and the manager – this is the main target and objective.”

Taylor-Crossdale had an impressive goalscoring record at youth level but rejected a new Chelsea contract in search of regular first-team football.

The striker had a medical with Bundesliga side Hoffenheim before eventually signing a two-year deal with London neighbours Fulham.

He has mainly featured for the Cottagers’ under-23 side this season, with his one first-team appearance coming against Southampton in the Carabao Cup.

“Every day I have to train as hard as I can when I am with the first team and not take these chances for granted,” Taylor-Crossdale told Goal in March 2020.

“I can’t wait for people to give it to me on a plate. I have to go and take it. It’s all about how hard I work really.

“The plan is to get in the team more. I want as many appearances as I can in the men’s game and just really take hold of my career and kick on.”

After being released by the Blues in 2019, the goalkeeper was without a club for several months before joining Exeter City on a short-term deal in February 2020.

He failed to make a single appearance for the League Two side and was released in July.