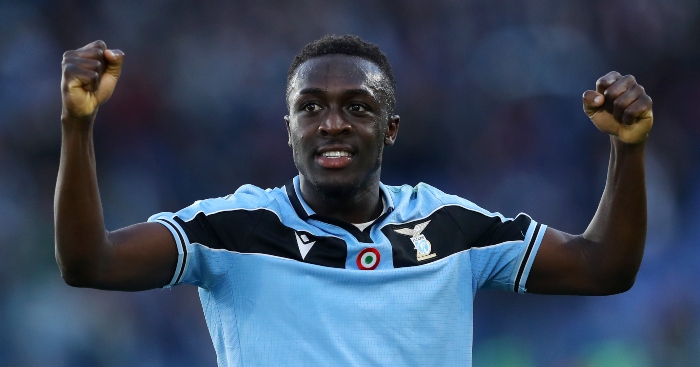 While Liverpool have developed some top-class talents in their academy over the years, not every youngster can make the grade at Anfield.

The Reds recently announced the departures of seven academy players, who will now be looking to forge careers elsewhere.

We’ve taken a look at the eight academy players Liverpool released in the summer of 2019 to see how they’ve fared since leaving.

Randall’s path into the first team was blocked by Trent Alexander-Arnold, and the right-back made just eight senior appearances under Jurgen Klopp.

“I’d been at Liverpool for nearly 20 years,” Randall told us in January 2020. “There were tears when I said goodbye to everybody at the training ground who I had known for years, including all the chefs and security guys.

After potential transfers to a number of Championship clubs fell through, he joined Bulgarian top-flight side FC Arda Kardzhali in September.

The 24-year-old made 10 league appearances in 2019-20 before joining Ross County in Scotland.

Juanma left Barcelona’s La Masia academy to join Liverpool in 2016 and was tipped for a bright future, but the defender failed to kick on as coaches had hoped.

After being released by the Reds, he made a left-field move to Vorskla Poltava in Ukraine but is yet to make his first-team debut.

Masterson was named on the bench for Liverpool’s Champions League quarter final victory against Manchester City in 2018 but never made his competitive debut for the Reds.

The defender joined QPR at the expiration of his contract but had to wait until January 2020 to make his first-team bow.

“Getting released made me realise how lucky you are every day to be able to come in and play football,” Masterson told football.london in March 2020.

“A few months ago I could have been with no club back at home. That’s why I treat it like every day is my last. You don’t know when it’s going to end or how long will it last for.

“I could have gone home playing League of Ireland, you know what I mean? That’s how it gets sometimes.”

McAuley was a prolific goalscorer at Under-18 level for Liverpool but found goals harder to come by with the Under-23s and was released at the end of the 2018-19 season.

The striker joined St Patrick’s Athletic in Ireland and scored two goals in 10 appearances for the club before signing for Bohemians in December 2019.

Whelan joined Liverpool at the age of nine and went on to captain their Under-23 side, but he never made a first-team appearance for the Reds.

The defender moved to America and signed for Phoenix Rising, whose co-owners include Chelsea legend Didier Drogba, on a free transfer following his release from Liverpool in 2019.

“It was frustrating for me in the summer, deciding where I wanted to go. I had a few offers that couldn’t quite get over the line in England,” Whelan told Tribalfootball in May 2020.

“Then Liverpool rang me back up and explained that they’d spoken to someone at the ownership at Phoenix and said is there any chance you’d want to go and experience it.

He made 10 appearances in his debut season and helped the club win the 2019 USL regular season title.

Williams also moved to the United States, with the goalkeeper enrolling at the William Carey University in Mississippi and turning out for their side the Crusaders.

Adekanye was highly rated at Liverpool but rejected their contract offer after growing disillusioned at his lack of first-team opportunities at Anfield.

“I expected that I would get a chance at Liverpool sooner. Before I came, we talked about it. They said that if I had a good first season, I had a good chance of joining the first team,” he told Voetbalzone.nl in March 2019.

“Jurgen Klopp spoke to me and gave me tips. He said, ‘Keep doing your thing.’ But in the end, I don’t think I appeared in his plans.”

The Reds received just £240,000 in compensation following his move to Lazio and asked FIFA to look into concerns that the 21-year-old was tapped up by the Serie A side.

Those claims were dismissed, and the forward has made eight appearances for Lazio in all competitions this season, scoring once.

Tagseth turned down a new contract offer from Liverpool and joined boyhood club Rosenborg in search of regular first-team football in August 2019.

The 19-year-old made his senior debut against PSV in the Europa League and has featured in their first five league matches in 2020.