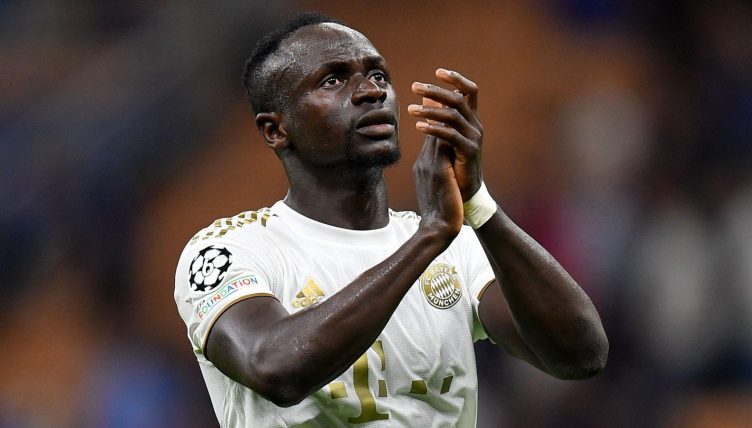 As well as making some excellent signings at Liverpool, Jurgen Klopp has also managed to get rid of players at the peak of their value.

The Liverpool squad was in need of an overhaul when Klopp took over in 2016 and the manager has shown that he has a ruthless streak.

We’ve looked back at the 15 players to move for £10million or more under Klopp’s tenure, to see how they fared after leaving Anfield.

Ibe was tipped to be the next Raheem Sterling, but he scored just one goal in 41 Premier League appearances for the Reds.

After being deemed surplus to requirement by Klopp, he completed a £15million move to Bournemouth in 2016, but the winger failed to justify that price tag during his four years with the Cherries.

The 76-year-old then made one appearance during a brief spell at Derby County in 2020-21 before joining Turkish second division side Adanaspor in January 2022.

He is currently unattached according to our research.

Despite being named in the Euro 2016 Team of the Tournament, Liverpool decided to sell Allen to Stoke City for £13million.

The midfielder has made over 200 appearances for the Potters in the last six seasons but couldn’t prevent their relegation to the Championship in 2018. He’s now back at boyhood club Swansea City.

Klopp’s arrival saw Benteke fall down the pecking order at Anfield and the striker joined Crystal Palace in a £32million deal in 2016.

The Belgium international finished the 2016-17 season as Palace’s top scorer with 17 goals in all competitions, but it all went downhill from there.

Since the start of 2017-18, Benteke averaged just four goals a season and fell out of favour under Patrick Vieira before being sold to Wayne Rooney’s DC United in the summer.

Sakho was one of Liverpool’s most consistent players during Klopp’s first season at the club, but a string of disciplinary issues culminated in his £26million move to Crystal Palace in 2017.

The centre-back initially formed an impressive partnership with James Tomkins, but injuries derailed his final two years at Selhurst Park.

He decided to return to his native France with Montpellier in 2021 and enjoyed a brilliant debut season with the Ligue 1 side.

“He is a true leader,” team-mate Nicolas Cozza said in 2022. “He is vocal in the changing room and lifts each and every one of us. Defensively, he is the boss. He always gives us advice and guides us in games. He fills us with confidence and is the pillar of our team.”

Coutinho developed into one of the best midfielders in the world under Klopp and fans were devastated when he left the club for Barcelona in 2018 for £142million.

The Brazil international has failed to live up to expectations at the Camp Nou, and he struggled to nail down a regular spot in the starting lineup.

But he does still have two La Liga winners’ medals to his name and also won the treble during his season on loan at Bayern Munich in 2019-20.

The 30-year-old returned to the Premier League in January 2022, joining Aston Villa on loan in search of regular first-team football. He’s since joined the club on a permanent deal and while there have been flashes, he’s yet to quite recapture his old spark.

Ward only made three first-team appearances in five and a half years at Liverpool and the goalkeeper slipped to fourth choice following the arrival of Alisson.

However, the Reds somehow managed to negotiate a £12.5million deal to sell the Wales international to Leicester City in 2018.

After years of warming the bench at the King Power, the 29-year-old is finally getting first-team opportunities following the shock departure of Kasper Schmeichel to Nice.

Solanke scored one goal in 27 appearances for Liverpool, but Bournemouth were still willing to pay £19million for his services in 2019.

The striker netted just three goals in 42 Premier League appearances for the Cherries but seems to have found his feet since their relegation in 2020.

He rediscovered his scoring boots in the second division and his 29 goals fired them to promotion last term. The jury remains out on whether he can do it in the Premier League, although three pre-World Cup goals is an encouraging start.

Just the 6 seconds needed for Dom Solanke to score. Madness.

Ings snapped his cruciate ligaments during Klopp’s first training session as Liverpool boss and spent most of the next two years on the sidelines.

He then established himself as one of the most prolific strikers in the Premier League, scoring a total of 34 league goals in the following two seasons.

The England international completed a £25million move to Aston Villa in 2021, but had a tough debut season and is yet to fully demonstrate what he is capable of in claret and blue.

A much-maligned figure during his six years at Liverpool, Lovren joined Zenit Saint Petersburg for £10.9million in the summer of 2020.

He was named club captain a few weeks later and his performances at the heart of the defence were instrumental in securing Zenit their seventh and eighth league titles.

The defender was rumoured to leave the club amid Russia’s war with Ukraine but he stayed put and played a crucial role in Croatia’s run to the World Cup semi-finals.

Liverpool had high hopes for Brewster but a £23.5million offer from Sheffield United proved too tempting for a player that had only made four appearances for the club.

He failed to score a single goal in 2020-21 as the Blades were relegated to the Championship and hasn’t done much better in the second tier.

The 22-year-old still has time on his side and could turn things around and but we doubt Liverpool will be activating their buy-back option.

After six different loan spells away from Liverpool, Wilson decided to leave on a permanent basis and joined Fulham in a £12.6million deal in 2021.

Alongside Solanke, the Wales international was nominated Championship Player of the Season award. He’s contributed to Fulham’s decent start to the season and played for his country at the recent World Cup.

Harry Wilson starts the season on fire. What a start to his Fulham career.

The midfielder has struggled to nail down a place in Sergio Conceicao’s starting lineup but he did end the 2021-22 season with the Primeira Liga title.

The Senegal international has started life at Bayern Munich with some bright moments, but was heartbroken by an injury that ruled him out of his country’s World Cup campaign.

Still, you wouldn’t bet against him coming good for the German champions.

At £18million, the third most expensive of Nottingham Forest’s 22(!) signings this summer. Williams has caught the eye for Wales but only ever featured on the periphery under Klopp, so that fee represents great value.

It’s very early to judge the 21-year-old for the newly-promoted outfit, but he’s looked one of their liveliest players so far this season. On first viewing, he looks like a more than adequate replacement for Djed Spence – who was so integral to Forest’s promotion last term – in that right wing-back role.

Having sold him to Monaco for £13.5million, Liverpool actually made a small profit on Minamino, which isn’t bad going for a player that could never nail down a first-team place at Anfield.

The Japanese winger has done well enough Ligue 1 outfit this year but missed a crucial penalty in Japan’s World Cup exit to Croatia.

READ NEXT: Where are they now? Liverpool’s XI from Klopp’s first match in charge