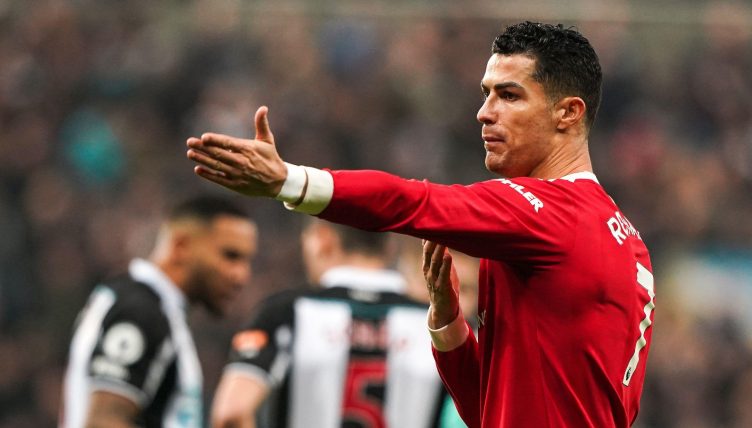 While Manchester United usually try to get their transfer business done early, they’ve not been averse to a last-gasp signing over the years.

It remains to be seen whether Erik ten Hag’s Red Devils will do any business at the eleventh hour this year, but some memorable big-name players have joined the club in the final hours of the transfer window in years gone by.

We’ve looked at the 12 players United have previously signed on the summer transfer deadline day to see how they fared at Old Trafford.

However, his first season back ended with United falling from second to sixth and their lowest points tally of the Premier League era. To what extent that’s his fault is up for debate, and his many devoted fans would point to his respectable tally of 24 goals in 38 appearances.

One year on, he’s spending the 2022 transfer deadline day desperately scrambling around for an exit strategy. It looks increasingly unlikely he’ll find one.

There was an expectation that he’d push to become United’s first-choice left-back, but his arrival only appeared to spur Luke Shaw onto greater heights. But when the England international suffered a dip in form last season, Telles was still unable to take advantage and nail down a regular first-team spot.

He’s since been loaned out to Sevilla and looks unlikely to have much of a future at his parent club following the arrival of Tyrell Malacia.

Uruguayan veteran Cavani followed in Zlatan Ibrahimovic’s footsteps, having usurped the Swede to become PSG’s all-time top scorer before emulating his move away from the French capital at the end of his contract.

El Matador wasn’t always fit and firing, but he proved a useful addition with 17 goals in all competitions in 2020-21. Year two saw him pushed to the periphery following the arrival of Ronaldo.

His time at Old Trafford would be remembered much more fondly by all concerned if he left after just one season, which he reportedly came close to doing.

A busy day’s business in October 2020 was concluded with the signature of highly-rated Penarol winger Pellistri.

The 20-year-old is yet to make a competitive first-team appearance and has spent the last 18 months out on a relatively underwhelming loan to La Liga side Alaves.

Martial was a relatively unknown teenager when United decided to sign him from Monaco for an initial £36million on deadline day in 2015.

But the striker well and truly announced himself to the world on his debut, coming off the bench to score a sensational solo goal against Liverpool.

After struggling under Jose Mourinho, he became more of a regular and enjoyed some good runs of form under Solskjaer. However, he’s scored just one league goal in the last 18 months and last season’s loan to Sevilla failed to reignite his career.

It remains to see what path his career will take in the Ten Hag era, but there are some promising signs of a revival.

Martial vs Liverpool in pre-season.

I had to bring this back, what a player man. pic.twitter.com/nSFDGicrSX

While Martial took most of the headlines, United also signed Poole from Newport County on deadline day in 2015.

The defender failed to have the same impact, however, making just one substitute appearance in a Europa League last-32 tie against FC Midtjylland in 2016.

After being released by the club in 2019, he signed for League One side Milton Keynes Dons on a free transfer.

“I made my debut for the Manchester United first team and that’s something to be really proud of and that will stay with me forever,” Poole told the Manchester Evening News in 2019. “I loved my time at the club, it was amazing. It’s a great club and I wish them all the best.

“All the coaches there were great. Everyone knows it’s a great club to develop at as a young player and I feel they developed me so well as a person and a player. They played a huge part in me growing up and becoming the person I am.”

Brought in from Monaco on a season-long loan deal in 2014, Falcao had some serious pedigree and was regarded as one of the best strikers in the world.

The Colombia international failed to match that billing with his performances at Old Trafford, however, scoring just four goals in 29 appearances in all competitions.

United, unsurprisingly, decided against making the move permanent in 2015.

After playing under Louis van Gaal at international level for the Netherlands, Blind reunited with the manager at Old Trafford in 2014.

He won three trophies with United and became a useful utility player, playing in a number of different positions during his 141 appearances for the club.

But he eventually slipped down the pecking order under Jose Mourinho before returning to Ajax in 2018.

After missing out on key targets throughout the 2013 summer transfer window, United hit the panic button and signed Fellaini from Everton for £27million on deadline day.

“Signing Marouane Fellaini so close to the deadline that August, the club’s only major deal in a summer when we needed two or three big names, suggested that things were not running smoothly,” Ryan Giggs wrote in the Daily Telegraph in 2016.

“United had signed players late in the window before – Dimitar Berbatov in 2008 springs to mind – but this time was different. This time it was more of a panic.”

He still made over 150 appearances for the club, however, scoring several crucial goals along the way.

Janko followed Fellaini through the door on transfer deadline day in 2013 and was voted the Reserve Player of the Year in his debut season.

But his solitary appearance for the first team couldn’t have gone much worse, as he was subbed off at half-time in a 4-0 loss at MK Dons in the League Cup.

The right-back was released by United at the end of the 2014-15 season before moving north of the border to play for Celtic.

United famously hijacked Manchester City’s bid to sign Berbatov from Tottenham in 2008, with Ferguson meeting the Bulgarian at the airport on deadline day.

“My agent told me about some interest, but I said, ‘Don’t even bother mentioning anyone else, I’m going to Man United,’ because of the history, the players, the tradition, everything,” Berbatov told FourFourTwo in 2018.

“I think it was the night before City signed Robinho from Real Madrid and my agent said, ‘Berba, there’s another team in for you’. I said, ‘F*ck off, we’re going to Man United.'”

Despite receiving criticism for his languid style of play, the striker still scored 56 times in 149 appearances for United, winning two Premier League titles, a League Cup and the Club World Cup.

You may have heard of him.

Having burst onto the scene as a teenager at Everton, Rooney completed a £27million move to United on transfer deadline day in 2004.

The striker went on to become United’s all-time leading goalscorer, scoring 253 goals in an incredible and illustrious 13-year spell at Old Trafford.