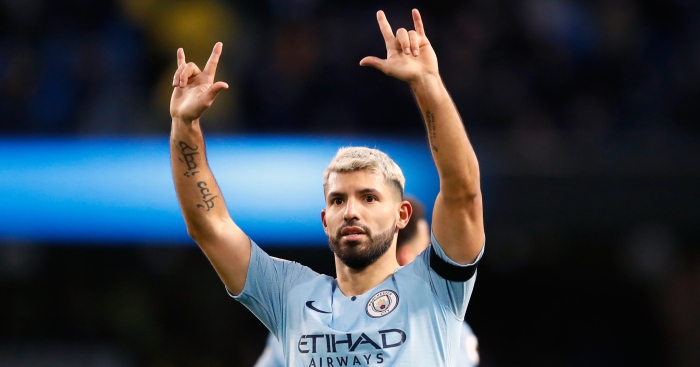 Eight players have received a player rating of a perfect 10 from WhoScored in the Premier League so far this season – and one of them has managed it three times.

The list is unsurprisingly dominated by players from the top six clubs, but Bournemouth and Watford are also represented.

So whose performances have been deemed flawless this term?

Aguero is on course to become only the third player in Premier League history to score 20+ goals in five consecutive seasons, which would see him join an exclusive club alongside Thierry Henry and Alan Shearer.

It isn’t a shock to see Aguero with a 10 rating, but to do so three times in one season takes the biscuit.

He first managed it in August with a hat-trick in a 6-1 win over Huddersfield at the Etihad and then achieved it again with a goal and two assists in another 6-1 win in November, this time against Southampton.

But perhaps his finest hour came in Manchester City’s 6-0 demolition of Chelsea, with this goal the pick of his hat-trick. If only WhoScored could award 11s.

Even with Chelsea struggling at times this season, Hazard has collected a 10 rating twice.

They came courtesy of his performances against Cardiff, against whom he scored a hat-trick, and then Huddersfield.

The Terriers visited Stamford Bridge to face Hazard in sublime form, with the Belgian bagging himself two goals and completing all 12 of his attempted dribbles.

We’re going to really miss him if he ever does join Real Madrid.

Bournemouth’s 4-0 victory over Chelsea in January was one of the most eye-catching results of the season, with King at the centre of the Blues’ misery that day.

The former Manchester United man bagged two goals and an assist as he tormented Chelsea’s backline – and WhoScored were clearly impressed.

The man of the moment, Sterling is enjoying another fruitful season under Pep Guardiola, and it wasn’t only Aguero who enjoyed a 10 from WhoScored when City took Chelsea to the cleaners at the Etihad.

It was the second time this season Sterling was deemed flawless after he registered two goals and two assists in the 6-1 annihilation of Southampton.

A completely rejuvenated player under the guidance of Ole Gunnar Solskjaer, both of Pogba’s 10 ratings have come since the Norwegian replaced Jose Mourinho in the Manchester United dugout.

He became the first player to receive back-to-back 10s from WhoScored since Harry Kane in May 2017 thanks to displays against Huddersfield and Bournemouth, bagging a brace in both fixtures.

The first 10 rating from an away fixture this season, Sane notched two goals and an assist in Manchester City’s 4-0 win at West Ham in November.

Six City players have received a 10 from WhoScored this season, more than any other club.

Playing as a No.9 at Bournemouth, Salah landed a No.10 from WhoScored with a hat-trick from three shots on target.

Despite criticisms of his form, the Egypt international has scored just one goal fewer than Aguero and is level on 17 goals with Pierre-Emerick Aubameyang, Harry Kane and Sadio Mane in an incredibly tight race for the Golden Boot. 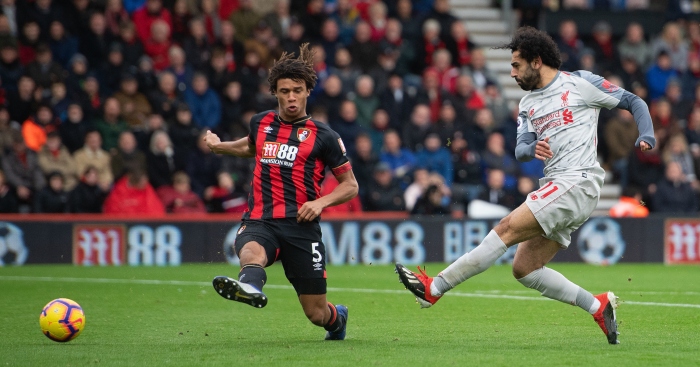 Gerard Deulofeu – vs. Cardiff (A)

Three goals, an assist and a 100% dribble success rate in Watford’s 5-1 victory at Cardiff saw Deulofeu become the latest player to receive a 10 from Whoscored.

The winger has been one of the key figures as Watford have suddenly started playing like Barcelona.