Having represented the likes of Manchester United, West Ham and Lazio, Ravel Morrison’s talent cannot be questioned, but his crazy career has taken another twist as the midfielder now finds himself in the Netherlands.

Still only 27, Morrison was widely considered one of the most talented young players of his generation while in Manchester United’s academy.

However, he has earned a reputation as one of the greatest wastes of potential, and now finds himself out at Eredivisie side ADO Den Haag.

Born and raised in Manchester, Morrison was spotted by Manchester United academy coach Phil Brogan at the age of eight while playing for Fletcher Moss Rangers, a club which also produced Danny Welbeck and Wes Brown.

“I didn’t even need to see him kick a ball at that point, you could just tell he had something about him from his demeanour,” Brogan told the Daily Telegraph in 2013.

Despite also training with Manchester City, Morrison eventually signed for United following a six-week trial and quickly went on to make an impression.

“I genuinely believe he could become good enough to play for any team in the world, including Barcelona,” Brogan added. “The talent I saw in that eight-year-old will always be there.”

Morrison progressed through United’s academy at the same time as the likes of Jesse Lingard and Paul Pogba but was always considered the most gifted footballer.

Sir Alex Ferguson described Morrison as having “as much natural talent as any youngster we ever signed”, while Rio Ferdinand called him “the best young kid I have ever seen in my life”.

“I would pay to watch him train let alone play in a match,” Ferdinand commented on BT Sport in 2013.

After turning professional on his 17th birthday in February 2010, the attacking midfielder made his senior debut in October of that year, coming on as a substitute in a League Cup victory over Wolves.

He would have to wait 12 months for his second appearance, against as a substitute in the League Cup, with his final outing for the Red Devils coming in a 3-2 defeat at Crystal Palace in the same competition.

In January of 2012, United rejected an offer from Newcastle for the player, but with six months left on his deal, his future already appeared away from Old Trafford.

“We have offered him terms, which he has refused,” Ferguson said. “His demands are unrealistic. His agent has been working hard to get him another club.”

By that point there were already concerns about Morrison’s attitude and off-pitch behaviour.

In 2011 he pleaded guilty to two counts of witness intimidation and was sentenced to a 12-month referral order and ordered to pay costs and compensation of £1,445.

Later that year he underwent domestic violence counselling after it was revealed in court he threw his girlfriend’s phone out of a window during an argument.

Back at United there was a growing acceptance that it would be in the interests of all parties for Morrison to move out of Manchester.

“United tried everything they could to help him, but sometimes you can fall in with the wrong crowd,” Brogan said.

“I think leaving Manchester was, in retrospect, one of the best things that could have happened to him to enable him to focus on his career. I think there were negative influences he needed to get away from.”

On deadline day of January 2012, Morrison dropped down a division to join West Ham on a three-and-a-half year contract but made just one first-team appearance as the Hammers earned promotion back to the Premier League.

Even before he had made his debut, Morrison had been in trouble again and was fined £7,000 by the FA after making homophobic comments on Twitter.

The following season he was sent on loan to Birmingham City and, while there were initial concerns over his attitude, he finally displayed moments of quality at first-team level.

After returning to Upton Park ahead of the 2013-14 season, Morrison then made the breakthrough into the first team and began to make an impact on the Premier League.

This was to be quite possibly the best spell of Morrison’s career to date as he scored five times in all competitions during the first half of the season, including this stunning solo effort against Tottenham in a 3-0 win at White Hart Lane.

Morrison, however, fell out of favour in the second half of the campaign – coinciding with reports that he refused to be represented by Allardyce-linked agent Mark Curtis – and eventually returned to the Championship to join QPR on loan in February 2014.

Again he impressed, scoring six times and helping QPR win promotion via the play-offs – although he was an unused substitute in the victory over Derby in the final.

The following September, with Morrison back at West Ham, Allardyce said: “It’s not that he has to impress me as a footballer, we know about his talent.

“It’s about playing the talent and himself to a disciplined life in general, is what needs to happen with Rav. If that happens we’d want him here.”

Evidently, that did not happen, and later that month he joined Cardiff City on loan, where he started only once. During that time he was also placed on the transfer list by West Ham.

Allardyce later described Morrison as “the biggest waste of talent I ever worked with”.

With six months remaining of his deal at West Ham, Morrison signed a pre-contract agreement with Lazio in January of 2015.

A month later the Hammers terminated his contract early to allow the player to move to Rome and start training with his new club.

Reports quickly began to surface that Morrison was unable to settle in Italy, and there were even suggestions he had been offered back to QPR before he had appeared for Lazio.

Despite a promising start to pre-season, the England Under-21 international failed to establish himself at Lazio amid renewed criticisms of his attitude.

“Morrison has to work harder,” Lazio boss Stefano Pioli said. “He still doesn’t speak a word of Italian and this has slowed his development and his integration in the squad.”

After eight appearances in all competitions, he did indeed return to QPR, on loan, but yet again made just one start as the London outfit turned down the chance to make the transfer permanent.

Morrison described his move to Lazio as “the worst decision I’ve made in my life” in an interview with The Times in February 2019. 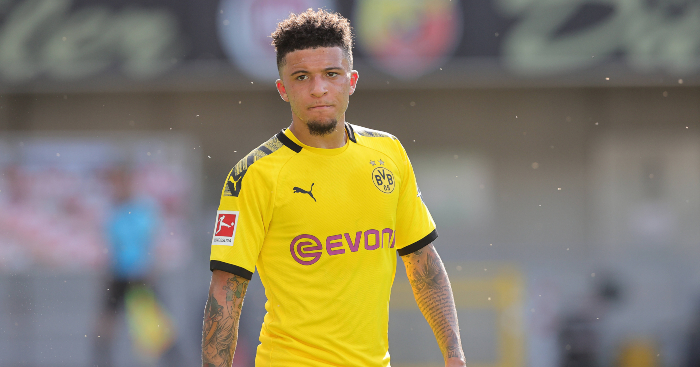 If Morrison’s career had been turbulent up to that point, his second loan move from Lazio came completely from left field as he joined Mexican outfit Atlas.

The side were languishing towards the bottom of Liga MX, but Morrison was given the chance to play regular first-team football and described the spell as “the time of my life — playing well, great weather, great lifestyle”.

Another return to Lazio brought about the same lack of prospects and first-team opportunities, but Morrison was given the chance to train with rising Swedish side Ostersunds in February 2019, and it was later confirmed he had signed a short-term deal with the club.

He had held talks with Rangers manager Steven Gerrard and there was interest from Championship clubs, but he decided against a move to a side in the middle of their season due to a lack of match fitness.

“I like what the club have said,” he told The Times. “They’ve got an English sporting director [David Webb] and an English coach [Ian Burchnall]. That’s a plus.

“They’ve said I can come here, enjoy my football and help the team. It’s totally different to Lazio. I’ve just been to Marbella with the team on a training camp and for five days I didn’t hear one argument or a bad word about anybody. It’s nice. Everyone feels together.”

The midfielder scored on his first start but struggled with injuries and only made a total of nine appearances for the club.

The 27-year-old failed to make an impact at Bramall Lane, making four appearances in all competitions, which included just one substitute outing in the Premier League.

He featured three times during a loan spell at Championship side Middlesbrough and was then released by the Blades upon the expiry of his contract at the end of the 2019–20 season.

Don’t compare me to your average, there’s different levels..
There’s no next ravel Morrison our he’s the same as ravel Morrison because They have hiccups I’ve had life struggles, the amount of obstacles I have had to climb in my life use will never understand

Morrison was linked with moves to Vitesse Arnhem and FC Utrecht before singing a one-year deal with ADO Den Haag in September 2020 – the 11th club of his career.

“That’s partly due to the fact that he went to West Ham United and major Championship clubs early in his career.

“His forays in other countries were not conducive to continuity in his career, but we hope that Ravel can show his qualities on the Eredivisie podium.”