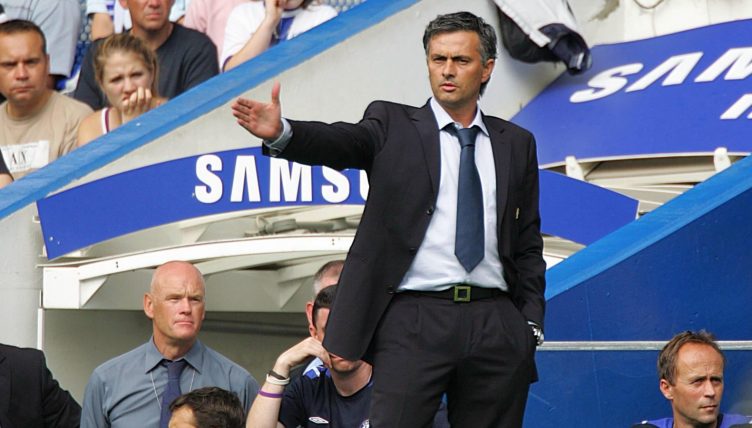 Many teams in the past have had calendar year records that do not match up to league performance across the two seasons.

Some have had the most wins in a calendar year without that translating across a standard 38-game season, whilst in other cases, they performed so strongly throughout the year that it allowed them to win without fuss.

Nobody quite achieved the feat in 2022; Arsenal and Manchester City both recorded 24 victories, while Liverpool won 23 times

And only eight teams have managed 30 or more wins in a calendar year since the formation of the Premier League in 1992. Here’s how they got on.

In the first full year of Premier League football, Sir Alex Ferguson’s United team were rampant, winning 31 out of 43 games, and secured both the 1993 and 1994 titles.

Scoring 86 and conceding 34, Mark Hughes and Eric Cantona were the main scorers in a side which only lost three games in the entire year.

The likes of Peter Schmeichel, Ryan Giggs and Steve Bruce all featured heavily as United set the tone for a period of complete dominance in the newly formed competition.

No one would repeat United’s feat for 12 years, not until Jose Mourinho’s Chelsea came along.

One of the most defensively solid sides to ever grace the Premier League, Chelsea lost just one game in the entire year, and conceded 16 goals in 38 matches, winning 32 of them.

The only game they lost was a 1-0 defeat to Manchester United in November, meaning they were just over a month away from a whole unbeaten year.

Scoring 75 goals, Frank Lampard, Didier Drogba and Eidur Gudjohnsen were the top scorers in the team, whilst Petr Cech was outstanding between the sticks.

Chelsea won back-to-back titles in this time, and Jose Mourinho was quick to silence the few critics his ruthless side gained.

“We have eight matches and eight victories, with 16 goals, but people say we cannot play, that we are a group of clowns,” Mourinho claimed. “This is not right.”

United accomplished their original feat a second time in 2009 when they had one of the best teams in the world.

Cristiano Ronaldo, Dimitar Berbatov, Wayne Rooney and Carlos Tevez formed one of the deadliest attacks in football, as United won 31 out of 40 games in the year, scoring 84 goals and winning the 2008-09 title.

However, their luck began to change as they were beaten in the 2009 Champions League final by Barcelona, before losing the 2009-10 title to Chelsea by a single point after selling Cristiano Ronaldo to Real Madrid in the summer of 2009.

2-0 down vs Spurs with Rooney, Ronaldo, Berbatov & Tevez on the field 😏

Who remembers this classic Man United comeback? #5in25 🎥 pic.twitter.com/762iCqjNrT

The third and final time Manchester United managed 30 wins in a calendar year came with mixed emotions. The Red Devils were on fire during the 2011-12 season, and looked set to win their 20th league title before Sergio Aguero scored *that* goal to steal it at the last second.

United did not take that defeat lying down, and brought in Robin Van Persie to boost their firepower. And that he did.

They stormed to the title in 2012-13, before Sir Alex Ferguson retired after 26 years in charge, signalling the end of a glorious era.

With 30 wins out of 39 in the year and 90 goals scored, they were clear of their noisy neighbours as the best in the country.

Manchester City’s third Premier League title came in the 2017-18 season, and it was arguably their best.

They finished fourth in Pep Guardiola’s first campaign in England, before embarking on a whirlwind run that saw them reach 100 points in the league, a new record that is still intact.

The quality of football on display was remarkable, as City blew away teams without breaking a sweat.

The 2018-19 season saw one of the closest title races ever, with Manchester City clinching the crown on the final day.

Liverpool and City were a level above everyone that season, with Liverpool winning the 2019 Champions League after missing the title by just one point.

Liverpool finished the calendar year in top spot, with 31 wins from 37 games and one defeat, before continuing this form into the 2019-20 campaign to win their first title in 30 years.

They were regarded as one of the best English club teams of all time during this period, with Mohamed Salah and Virgil van Dijk particularly singled out for praise.

The only time two teams have reached 30 wins in a calendar year, City were exceptional on their way to the 2018-19 title, but a dip in form at the start of the 2019-20 season allowed Liverpool to pull ahead in the year’s standings.

Club legend Vincent Kompany scored the most iconic goal of all, which helped City win the league before he departed the club after 11 years.

Guardiola’s super side won the league with ease as well as the Carabao Cup, but lost the Champions League final to Chelsea, denying them their first European Cup.

Nevertheless, City finished 2021 on top of the Premier League as champions, with an astonishing 112 goals in the year, and went on to retain their league title.

City are a team of superstars and it is tough to single out a player for praise, but one that stood out amongst the rest in the late stages of 2021 is Bernardo Silva.

“In my opinion, Bernardo [Silva] is one of the best players in the world right now,” teammate Gabriel Jesus claimed. “His quality as a football player is incredible, and he has another thing: he always works so hard.”

READ NEXT: The best XI in the Premier League, according to Football Manager 2023

TRY A QUIZ: Can you name the player with most PL appearances for every 22-23 club?