The Euro Championship of Champions: How we decide the results 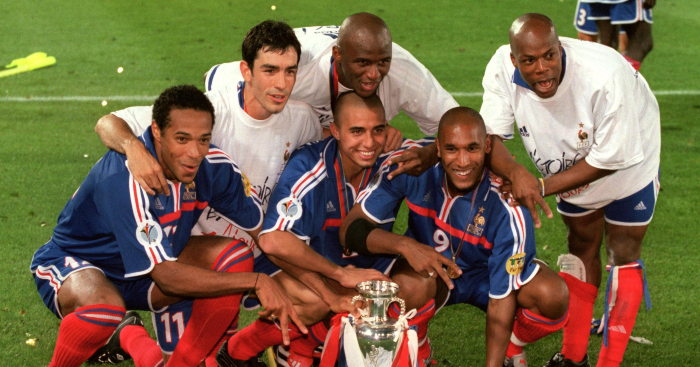 If you’ve been following our European Championship of Champions, you’re probably wondering how we decided the outcomes of individual matches.

Well, trying to work out which team is the best in this tournament’s 60-year history was no easy task – but we’ve given it a good go.

Insure4Sport had to do some serious digging into as many performance statistics as they could – based, of course, on the data available across all 15 tournaments. Unfortunately, we couldn’t find out how many passes the Soviet Union 1960 team made in the final third.

However, the data we have used paints a pretty clear picture of which teams were strongest all over the pitch. Here’s how we’ve worked it all out:

When one team plays the other, we’ve compared each team based on the following 10 metrics:

By comparing teams using overall and per game stats, we’re making it fair for teams from different eras.

For instance, a team from an era when you only needed to play two to five games to win the tournament might fare better than a modern team on goals scored per game and goal difference per game, but a more modern team that’s played more games might perform better on total goals scored and total clean sheets. Our system essentially makes it fair across the board.

The clean sheets metric is particularly important in deciding certain games. If a team wins by one goal, i.e. 2-1, but has a clean sheet ratio of more than 50%, we’ve downgraded the score to 1-0.

This is to accurately portray how good a specific team’s defence is and how likely they are to hold out in a close match.

When we’ve compared two teams like for like across the 10 metrics, we’ve calculated a total score and then rounded that score down by three. The idea behind this is to recreate the tight nature of games at major tournaments.

• If Team A and B draw on six metrics, Team A wins on three and Team B wins on three, this becomes a score draw.

There is an exception to this rule though. If Team A scores higher on more than double the number of metrics than Team B, Team A is automatically awarded an extra goal. This means that:

If a team cannot be separated at all – i.e. if neither team has a better metric than the other – this becomes a 0-0 draw. However, this only happens once in the whole tournament. 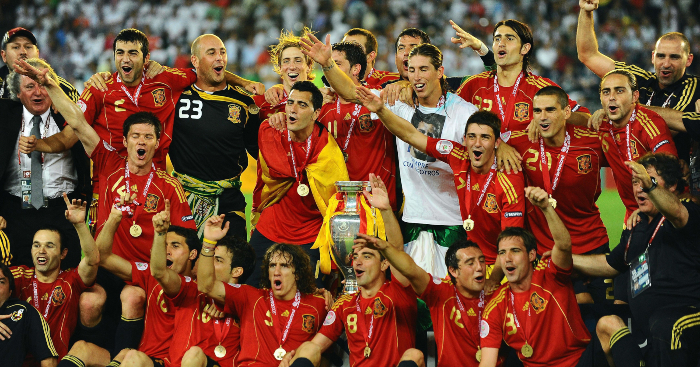 READ: The Euro Championship of Champions: Which team was the greatest winnner?

The rules are generally the same in the knockout stage. However, we’ve made a couple of tweaks to spice things up.

The scores are now divided by four and decimal points come into play to make the scores even tighter.

If the decimal point difference between the two teams is 0.5 when we round the score down, the game goes to extra-time and the team with the higher decimal point wins. If it’s 0.25, it goes to penalties.

Here’s an example of how this works:

• Team A wins on five metrics and Team A wins on three, rather than rounding this down by three to make the score 2-1, we’ve rounded the score down by four which makes it (to an exact decimal point) Team A 1.25 – Team B 0.75. This is a difference of 0.5, meaning Team A wins in extra-time.

Pretty simple, right? Hope this all makes sense – and that you enjoy our European Championship of Champions. May the (statistically) best team win.

The Euro Championship of Champions: Which team was the greatest winnner?