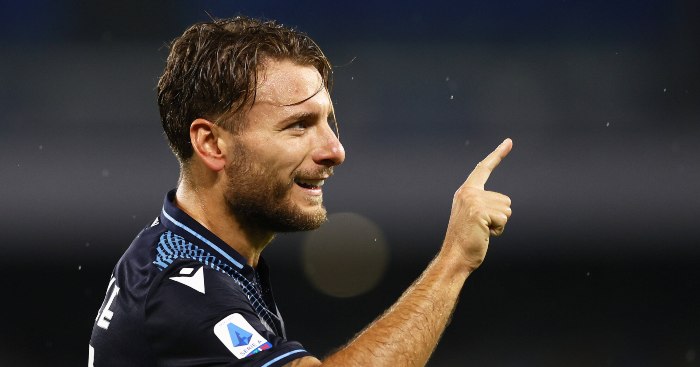 Jamie Vardy is the Premier League’s only representative in the top 10 of the 2019-20 European Golden Shoe award.

We’ve rounded up the top 10 strikers in the running for the 2019-20 European Golden Shoe.

The first of two players to start this list who we’ve never actually heard of, Weissman scored 30 goals for Austrian outfit Wolfsberger, more than five players on this list.

However, goals in the Austrian league are only multiplied by a co-efficient of 1.5, meaning he ended the season with 45 points in the Golden Shoe rankings.

The 24-year-old Israel international has been linked with a move to Celtic or Leeds United this summer.

Another player with 30 goals, Nsame suffers from the same co-efficient problem as Weissman, having bagged his goals for Young Boys in the Swiss top flight.

The Cameroon international, 27, could be lining up opposite Weissman in the Old Firm Derby in 2020-21 season, having been linked with a move to Rangers.

Lukaku’s time in England came to sad end with a poor finish to his Manchester United career, but he has been revitalised since joining Inter in a £74million deal.

The Belgium international scored 23 goals in Serie A, which are then multiplied by a co-efficient of two to give him a score of 46.

Romelu Lukaku has scored more goals across all competitions in 2019/20 (28) than any other season in his senior career. 🙌 pic.twitter.com/wzntioix6S

Twenty-three goals for Leicester City saw 33-year-old Vardy become the oldest ever winner of the Premier League’s Golden Boot, eight years on from winning the award for top goalscorer in the Conference.

Haaland ended the season with 50 points in the Golden Shoe rankings, with his 16 goals for RB Salzburg in the Austrian league earning him 24 points and his 13 Bundesliga goal for Borussia Dortmund accounting for the other 26 points.

More importantly, he also wins the award for Sound of the Season.

It has been a season to forget for Messi and Barcelona, yet he still ended 2019-20 with 25 goals and 21 assists in La Liga, and a sh*tload of broken records.

The most prolific season of Werner’s career to date produced 28 Bundesliga goals for RB Leipzig, 34 in all competitions, and a £47.5million move to Chelsea.

That will solve their defensive issues.

He still will just not stop scoring. Ronaldo was criticised for not reaching his own lofty standards in the first half campaign but has exploded into form in 2020, scoring 21 times for Juventus in Serie A after the turn of the year, having bagged a solid-if-unspectacular 10 prior to that. 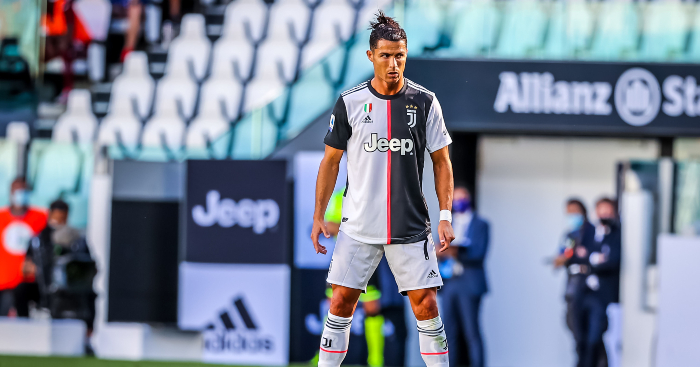 A rate better than a goal a game saw Lewandowski score 34 times in just 31 appearances for Bayern Munich in the Bundesliga.

In all competitions, his 2019-20 tally currently stands at 51 goals in 43 appearances, with the remainder of the Champions League still to play.

Before joining Lazio, Immobile had only scored 20+ goals in a season twice throughout his career. He has done so in three of his four seasons at Lazio, falling short by a single goal in the other.

The 30-year-old scored 36 times in 37 league appearances to tie Gonzalo Higuain’s record for most goals in a single Serie A campaign and win the Golden Shoe.

“I am super happy and proud of what I’ve achieved, especially when I look back to where I started and everything I went through,” Immobile told Lazio Style Channel .

“If you truly believe, sometimes, dreams do come true. I can only thank the coach and staff, my team-mates, and I can assure you these records are for the whole team.

“I also thank the Lazio fans, who made me feel indispensable for this team, and I am so proud of that. I want to be a living example that if you never give up, you can achieve any target.

“I’m so proud to have my place in the history of this sport. I am moved thinking of how my team-mates greeted me in the dressing room after I scored a hat-trick at Verona. That’s what the sport is about.”