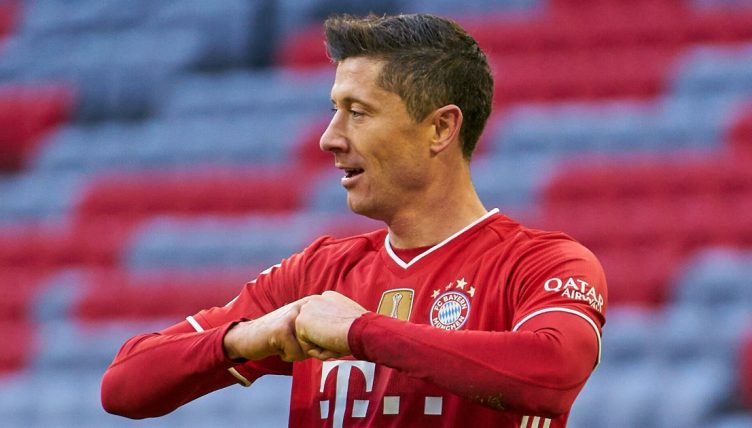 In many ways, the 2020-21 season was a strange one, but a lot of the usual suspects continued to defy their age to challenge for the European Golden Shoe award.

We’ve rounded up the top 10 strikers in the running for the 2020-21 European Golden Shoe.

While Moreno might not be a household hold name outside of his native Spain, only Lionel Messi scored more La Liga goals than him in 2020-21.

The Villarreal striker has been in the form of his life in recent months and produced 23 league goals, which are then multiplied by a co-efficient of two to give him a score of 46.

A goal in the Europa League final victory over Manchester United took his tally in all competitions to 30 for the campaign.

Having spent years in Cristiano Ronaldo’s shadow, Benzema has established himself as Real Madrid’s main man over the last three years.

The 33-year-old scored 23 goals in 34 La Liga appearances in 2020-21, including an audacious backheel flick against Barcelona in April.

His superb performances have even seen him earn a recall to the French national team for Euro 2020 after a six-year exile.

READ: After nine years in the shadows, Benzema is shining in Real’s spotlight

After going three seasons without winning the Premier League Golden Boot, Kane pipped Liverpool’s Mohamed Salah to the award in 2020-21.

As well as scoring 22 goals, he also provided 14 assists for his Tottenham team-mates, winning the Premier League’s Playmaker award.

No wonder Daniel Levy is reportedly demanding £200million for the striker’s services.

Since leaving Manchester United for Inter Milan in 2019, Lukaku has rediscovered his best form and continues to prove his doubters wrong.

After equalling Ronaldo’s record of 34 goals in all competitions in his debut season for the club, the striker kept improving throughout 2020-21.

He fired Inter to their first Scudetto since the 2009-10 season, scoring 24 goals in 36 Serie A appearances for Antonio Conte’s side.

Given he’s already scored over 170 career goals at senior level for club and country and has a World Cup and four Ligue 1 titles on his CV, it’s easy to forget that Mbappe is still just 22 years old.

The France international’s 27 Ligue 1 goals for PSG in 2020-21 were scored at a quite frightening rate of one every 88.4 minutes.

After enjoying an incredible breakout 2019-20 campaign with Red Bull Salzburg and Borussia Dortmund, Haaland has already proved that he’s no one-season wonder.

The Norway international scored 27 goals in 27 Bundesliga starts, not to mention the 10 in eight he managed in the Champions League. The fact that Dortmund endured a difficult season makes the 20-year-old’s individual stats even more impressive. 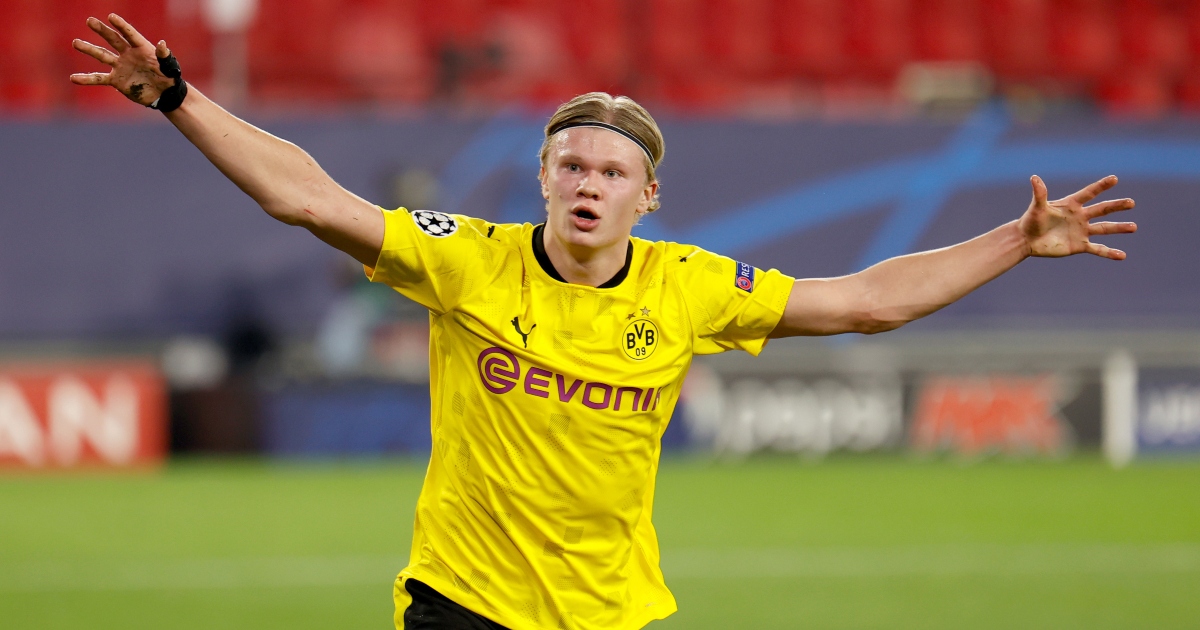 READ: Erling Haaland v Kylian Mbappe for best footballer of the 2020s? Bring it on

When we updated this list back in December 2020, Eintracht Frankfurt’s Andre Silva was nowhere to be found, so for him to be the fourth top scorer in Europe’s top five leagues shows how prolific he’s been in 2021.

The Portugal international has scored 19 goals in his last 19 Bundesliga appearances, taking his total tally for 28 for the season.

Thirteen years after first winning this award, Ronaldo has shown no signs of slowing down and will probably be disappointed with a third-place finish on this list.

The 36-year-old helped Juventus scrape into the Champions League positions and earned 58 points in the Golden Shoe rankings courtesy of 29 Serie A goals.

With Ronaldo and Silva leading the line, Portugal will undoubtedly be in contention to retain their title at Euro 2020.

🎩 A first half 'perfect hat-trick' – one goal with his head, one with the right foot and a third with his left 🙌

👉 @juventusfcen sit one point behind second place AC Milan with a game at hand! pic.twitter.com/qmNmDvyz6R

Since the turn of the year, however, the Barcelona icon is once again one of European football’s most lethal goalscorers, with 23 goals in his last 20 La Liga appearances, taking his total tally to 30.

While this is a brilliant score, he’s still a massive 22 points behind No.1 in the Golden Shoe rankings…

Despite scoring 55 goals in all competitions for Bayern Munich in 2019-20, Lewandowski refused to rest on his laurels during 2020-21.

The 32-year-old netted an incredible 41 goals in 28 Bundesliga appearances, beating Gerd Muller’s record for most goals for a single Bundesliga campaign.

“It’s a great honour,” Lewandowski said. “For me, but also for the modern history of the Bundesliga in Germany. I’m very pleased about that.

“It was a legendary record that’s stood for a long time. What Gerd Muller achieved was incredible. I never thought I could manage to share the record with him.

“I’m very proud and I can’t quite believe it yet. I still need some time to process it. The record belongs to the whole team. It’s not just my name on that list, it’s the whole team.”

If you’re a fan of online betting, you might want to back Lewandowski to take his fine form into Euro 2020 with Poland.