The European Under-21 team of the season, according to WhoScored 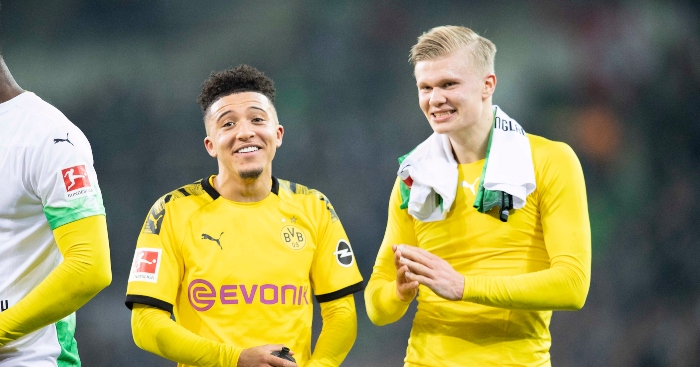 Manchester United are the only Premier League team with a player in the European Under-21 team of the season according to WhoScored’s average ratings for the 2019-20 campaign.

Only players aged 21 or under at the start of their league campaigns are eligible for selection, although goalkeepers can be 23 and under.

The team is displayed in a 4-4-2 formation, and that forward line is absolutely terrifying.

The Real Madrid defender is having a brilliant season on loan at Borussia Dortmund, contributing three goals and 10 assists from right-back.

Zagadou has only just established himself in the Dortmund defence, but he has helped them keep seven clean sheets in his 13 Bundesliga appearances.

Upamecano has helped lead RB Leipzig to a title challenge in the Bundesliga and is now one of the most sought after centre-backs in world football.

It isn’t Davies’ natural position, but the Bayern Munich star has filled in impressively at left-back and so makes the WhoScored team in that position.

Sancho now has double figures for goals and assists for a second consecutive Bundesliga season. No wonder everybody wants to buy him.

Jadon Sancho has them spooked in Germany…

Some say the Frankfurt defender is still sliding at this very moment 😂 pic.twitter.com/2PL6Wsy34M

It says a lot about Real Madrid’s strength in depth that they have two players out on loan in this Xl.

Nkunku has four goals and 12 assists in the Bundesliga for RB Leipzig this season, and he averages a direct goal contribution every 90.7 minutes.

Rashford’s 14 goals and four assists mean he is the only Premier League representative on this team.

It’s hard to argue with 18 goals and seven assists in 20 appearances.

Just look at the pace of Kylian Mbappé 🔥🔥🔥

What a run. What a finish. What a player. pic.twitter.com/7BB2Y4z05W

Haaland has only been playing in one of Europe’s top five leagues since January, but he has still managed nine Bundesliga goals.

The top five players in the 19-20 UCL for chances created, dribbles, tackles etc