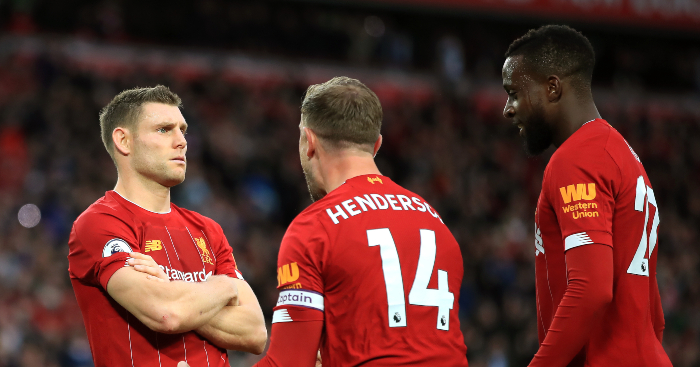 This season, Liverpool have established the biggest lead at the top of the table after eight games in Premier League history.

The Reds will be taking nothing for granted, given they had a 10-point lead in December last season, albeit having played a game more than Manchester City, only to be pipped to the title.

We’ve taken a look back at the five previous teams to have a lead of four points or more after eight games of a Premier League campaign to see how they ultimately fared.

After an underwhelming first season following Jose Mourinho’s return, the additions of Diego Costa and Cesc Fabregas saw the Blues start 2014-15 in storming form, winning seven of their eight opening matches and only dropping points in a 1-1 draw at Manchester City.

That gave Chelsea an early five-point buffer over City after eight games, and their unbeaten start lasted until December, when they were beaten 2-1 at Newcastle United.

The Blues lost just two more league games all season to win the title at a canter by eight points, and Mourinho lived happily ever after…

Following on from their remarkable Champions League triumph the previous season, Chelsea hit the ground running with Roberto di Matteo installed as permanent manager, again winning seven of their eight opening matches with their only dropped points coming in a 0-0 draw at QPR.

By this stage Manchester United had already lost twice, to Everton and Tottenham, to give Chelsea a four-point lead at the top of the table.

But the Blues capitulated from game nine onwards, starting with a 3-2 defeat to Manchester United in which Fernando Torres and Branislav Ivanovic were sent off.

They didn’t win another league game until December, by which point Di Matteo had been replaced by Rafa Benitez, and United claimed the title by 11 points while Chelsea finished third.

Back to one of Mourinho’s first Chelsea teams, the Blues established what was then a Premier League record lead of six points after eight matches until Jurgen Klopp’s Liverpool came along.

The most surprising aspect of that league table was the fact Chelsea’s six-point lead was over second-placed Charlton, who had started the season brightly thanks to the goals of new signing Darren Bent, while Manchester United were a further point back.

Mourinho’s men won all of their first nine fixtures before drawing at Everton and losing 1-0 at Old Trafford two weeks later, but embarked on another 10-match winning run and eventually claimed the title by finishing eight points ahead of United.

Charlton finished 13th, for those wondering.

We probably don’t need to tell you Aston Villa didn’t win the title in 1998-99, apparently some team from Manchester was quite successful that season.

But an unbeaten start with six wins and two draws gave Villa a five-point lead over Manchester United, and they maintained their good form over the first half of the campaign to sit top after 20 matches.

A poor second half of the season saw Villa drop all the way into sixth, eventually finishing 24 points behind winners United. 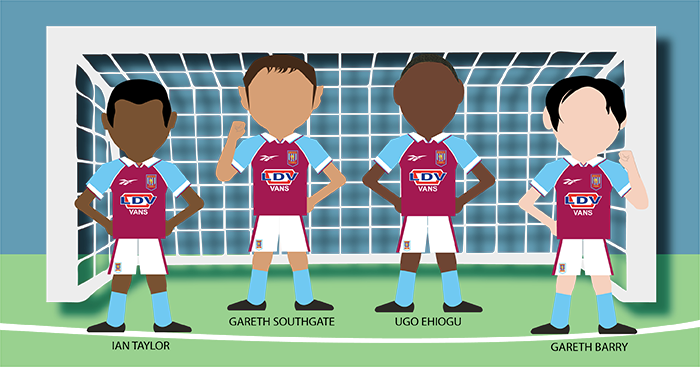 They were always going to feature on here, weren’t they?

A 1-0 defeat at Southampton was the only blot on the copybook for Kevin Keegan’s Entertainers after eight matches of the 1995-96 campaign, giving them a four-point lead ahead of Manchester United and Aston Villa.

It remained their only defeat until the early parts of December and they famously led by 12 points come mid-January.

But then came five defeats in eight matches, Keegan’s “I’d love it” rant, and they ultimately missed out by four points.