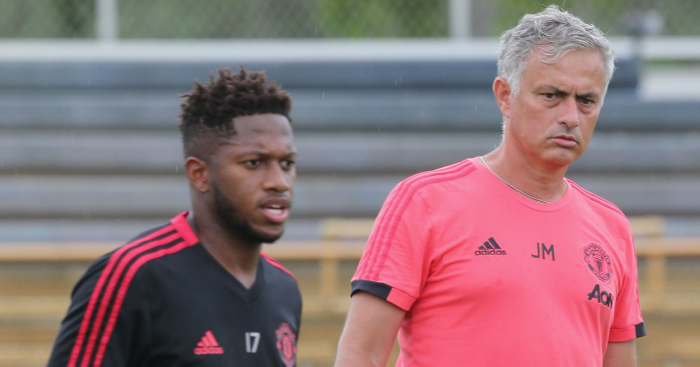 Premier League clubs voted to close the summer transfer window early this year – but it was a decision opposed by the likes of Manchester City and Manchester United.

In previous years the window has closed on or around August 31, but it will end on August 9 this year, although players can still be sold to foreign leagues until the original deadline.

Burnley abstained from the vote in September 2017, while 14 clubs voted in favour of the amendment and five voted against. We’ve taken a closer look at those five clubs and the business they have conducted so far.

United voted against the early closure of the transfer window despite Jose Mourinho admitting he would “prefer the window to close as soon as possible”.

“Of course I will meet with Mr Woodward because I know he would want to share my opinion, so I think very soon we are going to have a decision,” Mourinho said in August 2017.

“My opinion is that we have to adapt to the situation, it doesn’t matter what. But as a football manager and not a market man, just as a football man, as someone who wants to work the team and work the players, I would prefer the window to close as soon as possible so everybody knows the players we have.

“The deals would be done earlier and nobody would be waiting for the last week and we would not have the situation that players play game number one for one team and game number two for another.”

It would be interesting to hear Mourinho’s current thoughts on the situation, with the Red Devils boss expressing his frustration at a lack of transfer activity in recent weeks.

The Hornets were another club to vote against the closure of the transfer window against the wishes of their (then) manager.

Probably the most fluid entity in the Premier League – so much so we often struggle to name 15 Watford players – a number of new signings have moved to Vicarage Road this summer, with Richarlison’s big-money transfer to Everton potentially opening the door for even more new arrivals. 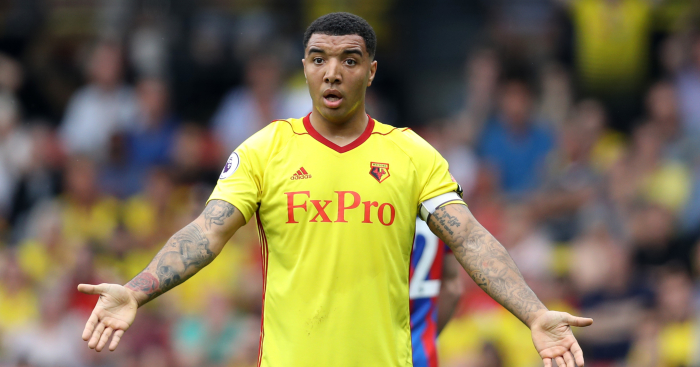 READ: Can you name at least 15 Watford footballers? The impossible task

When City voted against the changes they were perhaps not expected to have such a settled side after a record-breaking Premier League title win.

This was aided by the January capture of Aymeric Laporte and, while Pep Guardiola missed out on Alexis Sanchez to Manchester United, Riyad Mahrez’s signature has been secured after initially failing to complete a deal for the Leicester City winger in the winter window.

Jorginho had previously been a target, only for the Napoli man to instead join Chelsea, and Guardiola is relaxed about his squad as things stand, albeit with an eye on a central midfielder if possible.

“If we do, we sign one more, but in this moment we stay with what we’ve got,” he said. “It’s so expensive and we spent a lot last year because we had an old squad. Maybe one (will come in), maybe not.”

Paul Clement joins the list of managers to see their clubs vote against their wishes.

After Swansea’s draw with Southampton on the opening day of the season, he said: “There’s frustration here and I’m sure Southampton are frustrated, too. That’s why I think if the window is shut before the season starts everything is sorted out and we can get on with the football.

“At our managers’ meeting at the Premier League last week, we spoke about it. The majority of clubs are in favour, but maybe all have to be for it to go through.”

To compound Clement’s woes, Gylfi Sigurdsson and Fernando Llorente were subsequently sold to Everton and Tottenham respectively at the end of the window, and he was sacked in December with his side desperately lacking goals and creativity.

Having ultimately suffered relegation, Swansea still face the problem of the transfer window shutting early as the Football League followed the Premier League’s lead in amending the dates.

With Graham Potter now installed as a manager, the Swans’ transfer business began slowly, with supporters worried the club could follow Sunderland in suffering back-to-back relegations after only signing three 19-year-olds within a week of the season starting.

But the arrivals of Bersant Celina and Barrie McKay – plus an opening day 2-1 victory at Sheffield United, courtesy of a winner from one of those 19-year-olds, Yan Dhanda – have helped ease those worries.

Palace were criticised for their transfer business last summer after appointing Frank de Boer but failing to provide the players to suit the Dutchman’s tactics, leading to his sacking after only five games.

Roy Hodgson came in to steer the club away from relegation but has struggled to significantly improve his squad in the transfer window.

“We are not in a situation like many Premier League clubs where we have a pot of gold to throw around to buy players,” he said when asked about potential signings.

“Anyone we bring in will be carefully chosen and will have to fit within our budgetary restrictions, which we definitely have. We have not got a lot of money to spend on players, so that will make it a bit difficult.”

Yohan Cabaye, Damien Delaney, Lee Chung-yong and Bakary Sako have all left Selhurst Park alongside the return of loanees Ruben Loftus-Cheek and Timothy Fosu-Mensah to their parent clubs. Wilfried Zaha, meanwhile, is not short of admirers.

The early end to the window may help Palace to keep hold of Zaha and Andros Townsend, who is being monitored by former club Newcastle United, but time is ticking for Hodgson to add to the signings of Max Meyer, Cheikhou Kouyate and Vicente Guaita.