The five most watched players on YouTube in different countries 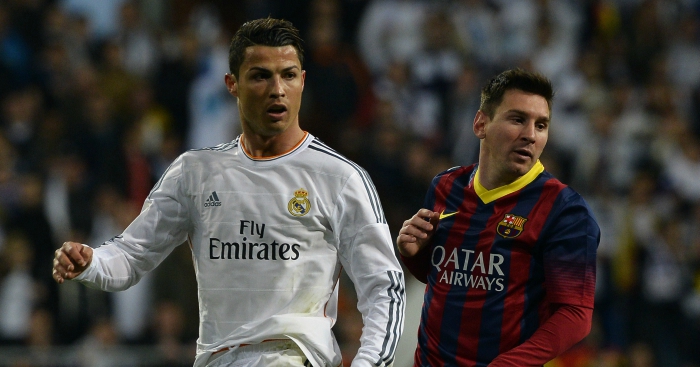 Manchester United and Manchester City players are among some of the most popular players to watch on YouTube across the world, according to recent research.

As the world eagerly awaits the 2018 FIFA World Cup in Russia, football fans are turning to YouTube to research and gear up for this summer’s tournament.

In fact, global interest for the 2018 FIFA World Cup continues to grow, with search volume across Google and YouTube besting that of the Olympics, as well as other major sporting events.

To better understand what football fans are watching, YouTube researched which national teams, players, and football-related videos were trending on the platform over the past year.

YouTube users around the world spent the most time watching videos related to Latin American teams: when it comes to watch time in 2017, the top five most popular national teams were Argentina, Brazil, Peru, Portugal, and Mexico.

Videos of specific footballers all had an 80% increase in watch time last year (versus the year prior).

Looking at the most popular players at the World Cup in different countries, Lionel Messi, Cristiano Ronaldo and Neymar are all constants, but only one England player featured.

Matthew Ryan is listed as one of the most-searched players in America, but unless Brighton’s Australian goalkeeper has a fan club we’re not aware of, something tells us YouTube may have made a mistake there. It’s probably more likely they were searching for the American football player… 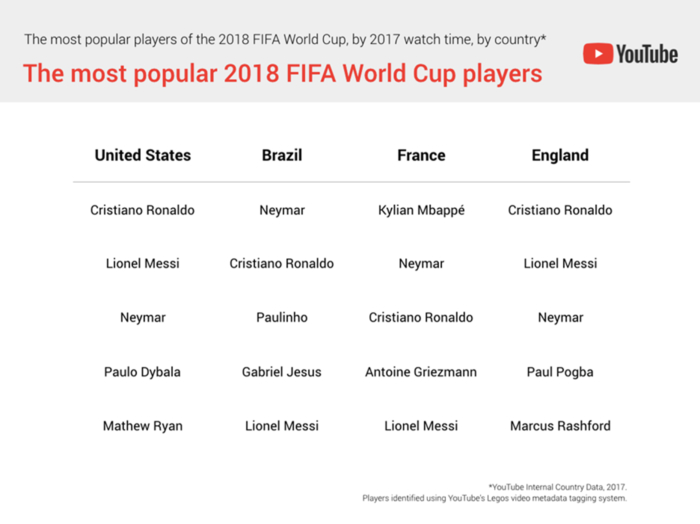