The 5 players Barcelona signed along with Ronaldinho & how they fared 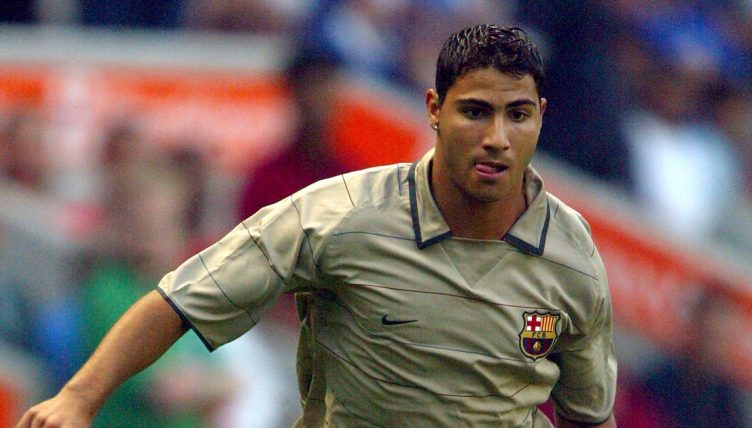 After finishing sixth in La Liga in 2002-03, Barcelona responded by signing Ronaldinho from PSG in a €30million deal.

The former Brazil international helped transform Barcelona’s fortunes and developed into the best player in the world, winning the Ballon d’Or in 2005.

But he wasn’t the only arrival at Camp Nou that summer, and we’ve taken a closer look at the other five players that Barcelona signed ahead of the 2003-04 season.

Once regarded as a greater talent than Cristiano Ronaldo, Quaresma starred for Sporting Lisbon before joining Barcelona amid plenty of hype.

The enigmatic winger failed to live up to expectations at the Camp Nou, scoring just one goal in 28 appearances in all competitions in 2003-04.

After a spectacular falling out with Frank Rijkaard, he refused to play under the manager and returned to Portugal with Porto in a deal that saw Deco move in the opposite direction.

“He [Rijkaard] wanted me to play a certain way, and I tried to do it,” Quaresma told O Jogo in 2004. “I changed my playing style to please him, but it always ended up in the same result. Either I was on the bench or ruled out of the side altogether.

“I then decided to try and play my style of football and that’s when we started to have disagreements.

“In the beginning, I did play and things were going well, then suddenly, the worse time of my life arrived and the trainer did not give me an explanation. From today, I do not want to explain about what happened to me in Barcelona.”

One of the most underrated players from his generation, Marquez joined Barcelona from Monaco for a bargain fee of €5million.

During his seven years at the club, the defender made 242 appearances and won 12 trophies including four La Liga titles and two Champions Leagues.

“I feel lucky to have been part of that change, of that resurgence of Barcelona,” Marquez told Mundo Deportivo in 2020. “I arrived together with Ronaldinho and things started to change, thanks to La Masia graduates like Xavi, Puyol, Valdes and others.

“Later, we got important titles. It was easy to play with them. Just giving the ball to them already made a difference. Like playing with Xavi, Iniesta, Gerard Pique and Edmilson.

“Playing next to Puyol gave you important security, having a goalkeeper like Victor gave you the certainty that if the ball got past you there was insurance.

“I saw it from behind and enjoyed the great game that Ronaldinho and Leo Messi displayed. It was a fabulous thing.”

Star of the 2002 World Cup, Recber rejected offers from Manchester United and Arsenal before signing for Barcelona on a free transfer.

Despite being regarded as one of the best goalkeepers in the world, he had to play second fiddle to a young Victor Valdes due to his inability to speak Spanish.

“It is not normal to be a substitute because you can’t speak Spanish,” Recber said in 2003. “This was the justification that the coach gave me for giving the starting role to Valdes.

“I have to accept it, but it’s difficult to take given what he has said. It’s not normal that a goalkeeper with my history should be a substitute because I can’t speak a language well.

“In the world of football there is a universal language, but I don’t want to cause a problem. However, if there is another problem, I would like the coach to tell me.”

The former Turkey international made just seven appearances for the club and returned to Fenerbahce in 2004, initially on loan and then in a permanent deal.

Signed on an initial loan deal from Arsenal, Van Bronckhorst established himself in the Barcelona side and the move was made permanent for only €2million in 2004.

Having previously played in midfield, he became a reliable left-back during his four years in Spain and formed a brilliant partnership with Ronaldinho on the flank.

📻 Hear the full interview from 9pm this Saturday on talkSPORT! pic.twitter.com/4759xLaraP

After Frank de Boer and Philippe Christanval got released, Barcelona signed Mario on a season-long loan deal from Real Valladolid.

The centre-back made just one La Liga appearance for the Blaugrana, starting in an infamous 5-1 defeat against Malaga.

READ NEXT: Ronaldinho got bored at Barcelona so invented a physics-defying pass

TRY A QUIZ: Can you name Barca’s top ‘not Messi’ scorer for every season since 2000?