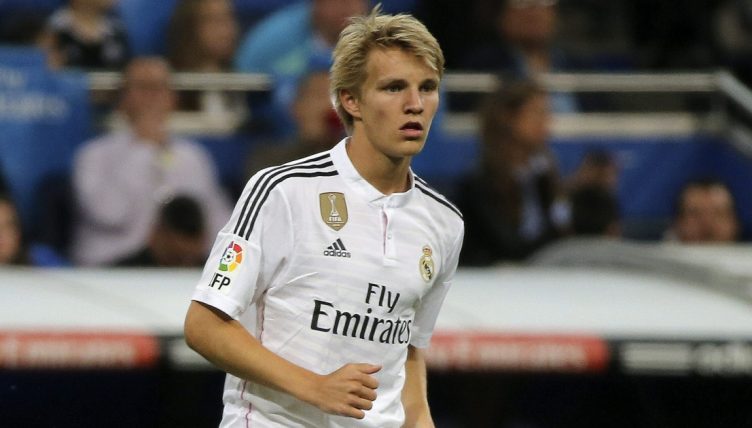 Cristiano Ronaldo picked five youngsters he believed would take the footballing world by storm back in November 2015 – and his judgements were incredibly precise.

Admittedly, Ronaldo’s selection may not have included any surprises but all five of his picks have won trophies and proven their talent throughout their careers to date.

We’ve profiled all of Ronaldo’s choices to see if they lived up to the hype.

Okay, Hazard was already a Premier League champion when Ronaldo tipped him for greatness. It was the footballing equivalent of listening to ‘Illmatic’ and declaring that, on balance, Nas was a pretty good rapper.

But the Belgium international continued to demonstrate why, at his peak, he was one of the greatest attackers in world football.

Hazard was instrumental in leading Chelsea to another league title in 2017, scored the winner in the 2018 FA Cup final and had arguably his best individual season under Maurizio Sarri in 2018-19.

That form tempted Real Madrid into paying €100 million, whereupon Hazard’s form fell off a cliff. Injuries haven’t helped but the playmaker looks a shadow of the player that once lit up English football. At least he can call himself a Champions League winner now.

Another safe bet from Ronaldo.

Neymar had already won La Liga and the Champions League with Barcelona before receiving the praise from the Portugal international. His status in Brazil also gave the impression that he’d replace Christ the Redeemer before too long.

Having grown tired of playing in the shadow of Lionel Messi, Neymar opted to leave the Camp Nou in 2017 and moved to PSG for a record-breaking fee of £200million.

His performances in France have been good – the forward has scored 100 goals in 144 appearances for PSG. But he’s never won the Champions League with the Ligue 1 giants, finishing runner-up in 2020.

And, although he’s won plenty of trophies, the best Ballon d’Or finishes Neymar can boast is a pair of third-placed efforts (in 2015 and 2017).

Neymar has undoubtedly been one of the biggest stars of his generation but there remains a sense that his talent has gone slightly unfulfilled.

Having left Manchester United in 2012, Pogba was in the middle of his imperial phrase at Juventus when Ronaldo included him in his shortlist.

The midfielder helped Juve win four successive Serie A titles during his time in Italy, with his marauding runs from midfield and exceptional ability to spot a pass winning him a host of personal accolades.

United spent a club-record £89million to bring him back to Old Trafford in 2016. Pogba has provided flashes of quality but hasn’t delivered on a consistent basis for the club and his departure in 2022 was always inevitable.

On the other hand, Pogba has always been impressive for France and his brilliant performances at the 2018 World Cup helped his country win the tournament.

🤩 Just how good was this man in Russia?

Aged just 16 back in 2015, Odegaard was probably the most left-field choice made by Ronaldo – and the Norway international is beginning to show just how good he is.

After joining Real Madrid in January 2015, Odegaard was sent out on a string of loans by the Spanish giants. He spent two seasons in the Netherlands with Heerenveen and Vitesse before enjoying a productive spell at Real Sociedad in 2019-20.

But the midfielder still struggled to break into the Madrid team and left for Arsenal in 2021, initially on loan and then in a £30million deal.

He struggled at the start of the 2021-22 season but, as Arsenal’s form has improved, Odegaard established himself as the side’s creator-in-chief.

While not yet matching the success of Hazard or Neymar, the 23-year-old is on course to enjoy a very successful career.

Depay had just signed for Manchester United in 2015 after becoming the top scorer in the Eredivisie during the previous season.

Unfortunately, his time at Old Trafford was underwhelming – to the point where it’s easy to forget that the forward ever played for the Red Devils.

The Netherlands international went on the re-establish himself as one of Europe’s elite attacking players at Lyon and now finds himself at Barcelona.

He was in danger of not living up to Ronaldo’s expectations but he finished as Barcelona’s top scorer last term. It remains to be seen what role he’ll have under Xavi, but he made a solid start to life at the Camp Nou.