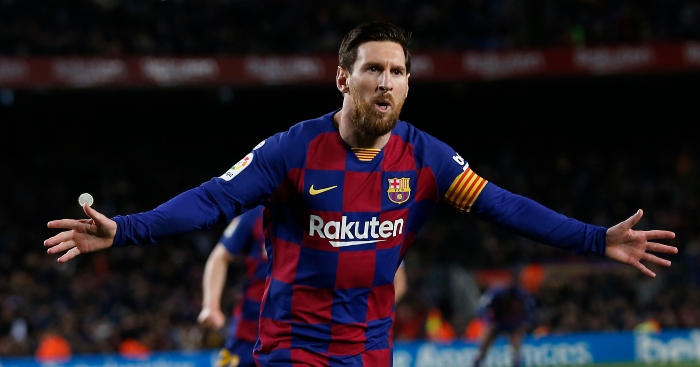 Most attacking players are considered either a creator or a goalscorer – but former Chelsea, Liverpool and Manchester United men have combined both abilities to devastating effect.

Jadon Sancho is the latest player to join an exclusive club, dating back to when Opta stats began in 2006-07.

It won’t surprise anybody to see Messi on this list.

The Barcelona legend has been breaking records for years and recently became the first footballer in history to officially hit the 1,000 mark for combined goals and assists.

He is is just as capable of scoring an incredible solo goal as he is at splitting the opposition defence with an excellent through-ball.

The Argentina international has taken it one step further in 2019-20, becoming the first player to register 20 assists and score 20 goals in a La Liga season.

Hazard first caught the worlds attention through his performances at Lille, where he provided 20 goals and 16 assists in Ligue 1 in 2011-12.

The Belgian international then spent seven years at Chelsea and saved his best till last, scoring 16 goals and registering 15 assists in the 2018-19 Premier League season.

He is also the only player on this list to achieve the feat in two of Europe’s top five leagues.

Ronaldo’s goalscoring feats have often seen the player accused of selfishness in his career, but he can also be a supreme creative talent when required.

The Portugal international scored 48 La Liga goals for Real Madrid in 2014-15 and also provided 16 assists for his team-mates that season.

The most La Liga goals Cristiano Ronaldo scored in a single season, as he won his third Pichichi trophy in 2014/15 💪 pic.twitter.com/EGsGx6jQcT

Suarez established himself as a prolific goalscorer at Liverpool, but he took things up to another level at Barcelona.

He was arguably the best striker in the world in 2015-16, scoring 40 goals and registering 16 assists as the Spanish giants won La Liga.

Since 2006/07, only four players had scored 15+ goals and provided 15+ assists in a single season of a top-five European division:

Jadon Sancho has just made it five. 🤯 pic.twitter.com/Yvb1kpWBZC

Sancho moved to Borussia Dortmund in 2016 in search of regular first-team football and has gone from strength to strength in Germany.