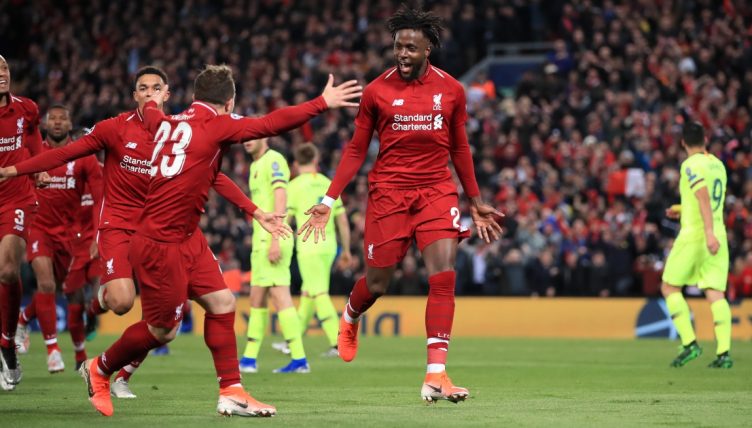 After beating Benfica in the last eight, Jurgen Klopp’s Liverpool have now booked their place in the Champions League semi-finals.

Their upcoming game against Villarreal will be the eighth time that Klopp has been involved in the semi-final of a major competition with Liverpool.

We’ve taken a look at their last seven semi-finals to see how they fared in them.

After replacing Brendan Rodgers in October 2015, Klopp’s fourth game in charge of Liverpool was a League Cup tie against Bournemouth at Anfield.

The Reds won 1-0 and then registered a comprehensive 6-1 win away at Southampton in the fifth round to secure their place in the semi-finals.

Jordan Ibe’s strike gave them a 1-0 win away at Stoke in the semi-final first leg but Marko Arnatovic scored the only goal at Anfield to take the game to penalties.

Liverpool came out on top after they scored six of their seven penalties and Simon Mignolet saved spot-kicks from Peter Crouch and Marc Muniesa.

They then faced Manchester City in the final at Wembley but were on the losing side for that penalty shootout.

Liverpool’s inconsistent league form in 2015-16 led to Klopp prioritising the Europa League as they looked to secure Champions League qualification.

After progressing through the group stage, they knocked out FC Augsburg, Manchester United and Borussia Dortmund before being drawn against Villarreal in the semi-finals.

During the first leg in Spain, Klopp’s side looked set for a creditable draw until Adrian Lopez scored a dramatic injury-time winner for the hosts.

At Anfield, Liverpool levelled the tie on aggregate through Bruno Soriano’s early own-goal before Daniel Sturridge and Adam Lallana completed the turnaround.

“Wonderful night, brilliant game from my side,” Klopp told BT Sport after the game. “What a performance. The first half an hour was a big emotion. It was great.

“The last 15 minutes of the first half we lost patience. The second-half plan was to keep going with the emotional football but using the brain a bit more and in the end, brilliant.”

The Reds, who had finished eighth in the Premier League, faced another Spanish side in the final but lost 3-1 against Unai Emery’s Sevilla.

They were drawn against Southampton and Nathan Redmond’s goal gave the Saints a fully deserved first-leg victory at St Mary’s.

“We gave the ball away so easily and we needed Loris Karius to save our lives two or three times.”

Liverpool produced a slightly better performance in the second-leg at Anfield and had several clear cut chances but still struggled to find a way past Fraser Forster.

With the hosts searching for an equaliser, Southampton broke clear in the closing moments and Shane Long scored to make it 2-0 on aggregate.

The Reds finished top of their Champions League group and then reached the semi-finals by beating Porto and Manchester City in the knockout stages.

Klopp’s side were glad to avoid Real Madrid and Bayern Munich in the semi-final draw and they played against Roma, who had sold Salah to Liverpool a few months earlier.

During the first leg at Anfield, Salah, Sadio Mane and Roberto Firmino gave Liverpool a 5-0 lead before Edin Dzeko and Diego Perotti scored late goals for the Italians.

Despite losing 4-2 at the Stadio Olimpico after a late brace from Radja Nainggolan, Liverpool still won 7-6 on aggregate and reached their first Champions League final since 2007.

Liverpool best Roma 5-2 in one of Anfield’s great European nights…pic.twitter.com/gRkVVg6SIX

Having lost the 2018 Champions League final to Real Madrid, Liverpool were desperate to go one better in 2019.

They reached the semi-finals for the second successive season but their dream looked over when Barcelona beat them 3-0 at Camp Nou in the first leg.

Liverpool, who were without the injured Salah and Firmino for the second leg at Anfield, needed a miracle to reach the final.

But Divock Origi gave Liverpool hope with an early goal before substitute Georginio Wijnaldum scored twice in the space of 122 seconds in the second half.

With the aggregate scores level at 3-3, Trent Alexander-Arnold caught the visitors’ defence napping from a corner and Origi scored his second goal of the game.

The Reds then faced fellow Premier League side Tottenham in the final and won their sixth European Cup.

After a relatively barren run in cup competitions by Klopp’s high standards, there was understandable excitement when Liverpool reached the last four of the Carabao Cup.

The first leg, against Arsenal at Anfield, finished goalless, a tense, frustrating affair, particularly after Granit Xhaka was sent off in the first half.

Liverpool couldn’t find a breakthrough, but they had no such problems in the second leg at the Emirates, with a brace from Diogo Jota sending them into the final.

At Wembley, they met Chelsea, and after a nervy, tactical goalless draw, the eventual penalty shootout was cruelly ended when Kepa Arrizabalaga blazed his kick into the stand behind the goal.

With the League Cup title secured, Liverpool turned their attention to the FA Cup.

Having not won the trophy since 2006, Klopp was clearly aware of the importance of success and fielded a strong side against Pep Guardiola’s Manchester City.

Guardiola, meanwhile, was more willing to rest players, conscious of his team’s focus on other competitions.

That proved significant as Liverpool raced into a 3-0 first-half lead through an Ibrahima Konate header and a Sadio Mane brace.

City fought back in the second half as Jack Grealish netted and Bernardo Silva made it a nervy ending with an injury-time strike, but Klopp’s side held on to reach another final.