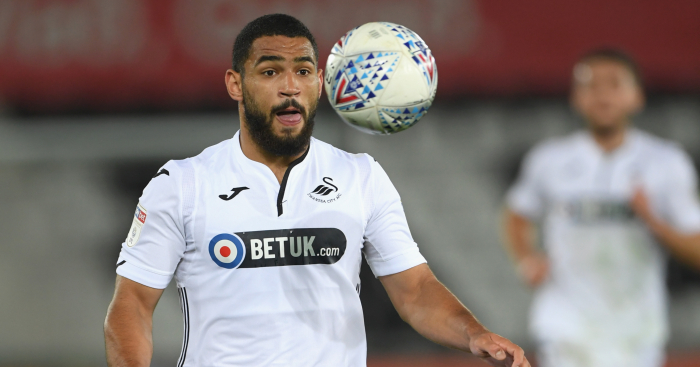 The likes of Josh Onomah and Cameron Carter-Vickers have been loaned out by Tottenham this season – but how are they faring?

While the likes of Chelsea and Manchester City send hordes of players out on loan every season, Spurs boss Mauricio Pochettino often prefers his young prospects to remain in north London to train and improve under his guidance.

Only five players have left the club on loan this term, and we’ve taken a look at how the quintet are performing at their respective temporary homes.

After gaining plenty of first-team experience on loan at Aston Villa last season, including an appearance in the play-off final, Onomah returned to Tottenham in the summer hoping to work his way back into Pochettino’s plans, having made a combined 31 appearances in all competitions across the two previous campaigns.

Pochettino himself admitted: “Josh is in our plans,” but an untimely injury ruled the attacker out of Spurs’ pre-season tour of the USA, with the manager instead turning his attention to a number of other young players who caught the eye.

The 21-year-old was left to return to the Championship, joining Sheffield Wednesday on a deal until the end of the season on loan deadline day.

Onomah has made seven appearances for the Owls, providing key assists in a draw with West Brom and win at Bristol City, but is yet to open his account for the side, who are struggling down in 17th.

Now back in the groove of playing more regular football, the England youth international has suggested Wednesday fans will start to see the best of him.

“I still feel there is more to come from me,” he told the Sheffield Star. “I missed out on pre-season so I still feel like I can get fitter.

“Once I get fitter, I feel I like I can impact games a lot by getting goals and assists and that’s what I’m looking forward to.”

Josh Onomah is having a rough season on loan at #SWFC, barely making an impact for the Owls.

On top of that, this season has seen the rise of Lucas Moura and Moussa Sissoko at #THFC.

Will the youngster still have a place at Spurs when he returns from loan?#COYS pic.twitter.com/yerdM6XcJD

In 2016, Pochettino likened a 17-year-old Edwards to a “mini Messi”, but it now feels like that tag has been more of a hindrance than a help.

Edwards has played just 15 minutes of first-team football for Spurs, and a loan spell at Norwich City last season was cut short with only a six-minute cameo to show for the attacking midfielder’s efforts amid doubts about his attitude, most notably his poor timekeeping.

However, as reported by the Daily Telegraph: “His attitude and failure to engage with the rest of Norwich’s squad surprised the other players, although sources at Tottenham point out that Edwards has an introverted personality that can be misunderstood.”

A summer loan move to Eredivisie outfit Excelsior Rotterdam, preferred ahead of interest from Championship clubs, has taken the 19-year-old out of his comfort zone even further.

And the England Under-20 international has appeared in eight of the side’s 12 league fixtures this term, providing an assist in a 2-2 draw at Willem II.

One appearance in the cup, meanwhile, was marred by a red card, having collected a second booking due to diving.

That is a LOT of successful dribbles and a LOT of turnovers. Not much end product yet. pic.twitter.com/QyH2jTfpx1

Now 22, it appears Ogilvie’s permanent future lies away from Spurs, although he has established himself as a reliable Football League performer during loan spells at Stevenage and Gillingham, who he rejoined in the summer on a four-month loan deal.

Primarily a left-back, Ogilvie has also appeared on the left-hand side of midfield and also at centre-back for the Gills, but he is finding it more difficult to break into their starting XI this term, appearing just seven times in all competitions.

While comparing Edwards to Messi two years ago, Pochettino said of Carter-Vickers: “For me, he can be one of the best centre-backs in England in the future. He has a strong mentality, quality, all the qualities for playing centre-back.”

Despite breaking into the USA senior side, Carter-Vickers has appeared just four times for Tottenham’s first team.

He joined Sheffield United on a season-long loan ahead of 2017-18 and made 17 starts in the Championship in the first half of the campaign, only to be sent back in January after the Blades signed Southend’s Ryan Leonard.

The defender was immediately sent back out on loan to Ipswich, where he again made 17 starts, before signing a new deal in north London after handling the rigours of the Championship well.

“It’s been my first full season playing senior football and I’ve learnt a lot and like to think I’ve improved as a player,” he said upon putting pen to paper on a three-year contract.

The 20-year-old returned to the second tier with Swansea on a season-long loan deal but has found life much more difficult with the Welsh outfit, making just two starts as Joe Rodon and Mike van der Hoorn have established themselves as the first-choice defensive duo.

However, he insists the experience is still worthwhile, telling the Evening Standard: “I am enjoying it, the manager is good and so is the team, the manager wants us to play in the right way, playing out the back, keeping possession. I feel like I am improving.”

After appearing on Tottenham’s bench for the Premier League trip to Leicester last term, Shashoua’s loan move to Spanish third-tier outfit Atlético Baleares until the end of the season caught many by surprise.

The side currently sit third in the table, with the 19-year-old providing three goals and two assists in his 10 appearances.