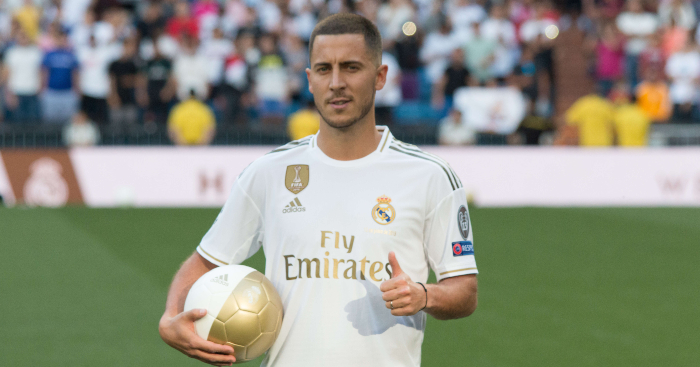 Real Madrid may have splashed the cash to land Eden Hazard, but they have already recouped their outlay on the former Chelsea star with the sales of four fringe players.

Hazard made his long-awaited move to the Bernabeu this summer for an initial €100million fee plus add-ons, which has already been covered by the sales of four players who were unlikely to play much of a part in the first-team squad under Zinedine Zidane.

While work is still to be done having also spent big on Luka Jovic, Ferland Mendy, Rodrygo and Eder Militao, if Los Blancos can also offload the likes of Gareth Bale, Isco and James Rodriguez – who is wanted by Napoli – they will be pretty happy at some good transfer windowing.

The only plausible explanation we’ve seen for why Chelsea decided to spend €45million on making Kovacic’s loan move permanent remains the fact he may be the only player they can sign this summer due to their transfer ban.

Kovacic hardly starred in midfield for the Blues last term, but with Ruben Loftus-Cheek set to miss the start of next term and Frank Lampard having replaced Maurizio Sarri, the Croatia international is likely to get another chance to impress the Stamford Bridge faithful.

With Mason Mount waiting in the wings after shining under Lampard on loan at Derby County last season, Kovacic will have to hit the ground running.

Having been brought through the club’s youth academy, Llorente played under Zidane with Real Madrid’s reserve outfit before breaking into the first team.

Despite the midfielder making just 11 La Liga starts for Real Madrid, he has been sold to city rivals Atletico for an initial €30million plus €5million in add-ons.

The 24-year-old has now followed in the footsteps of his father, Paco, who also played for both Real and Atleti.

Look, we signed him once on Football Manager and he was f*cking ace, but we managed to sign De Tomas for much less than the €20million Benfica have paid for the striker this summer.

Benfica’s move for the 24-year-old comes after he scored 38 goals in two seasons on loan at Rayo Vallecano, initially firing the club to promotion before scoring 14 goals in La Liga despite Rayo finish bottom of the league.

Signed from Atletico Madrid for €24million in 2017, Hernandez made just 10 La Liga starts for Real in his debut campaign before spending last season out on loan at Real Sociedad.

The left-back’s performances for his loan club have convinced AC Milan to signed the player for €20million, but we can’t help but think Real signed the wrong Hernandez, with brother Lucas recently sold to Bayern Munich from Atleti for €80million.