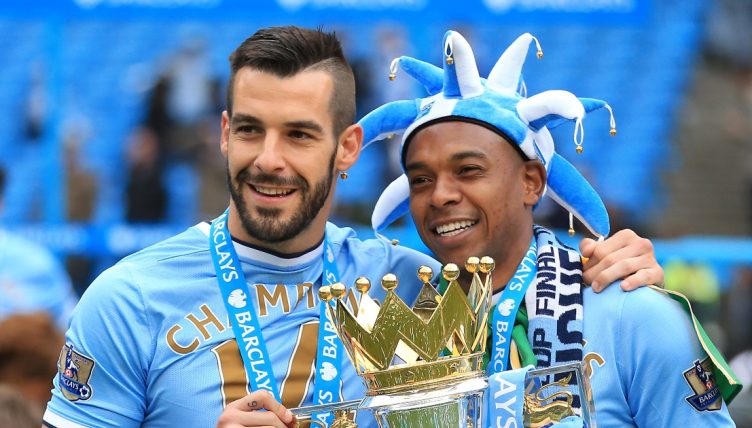 In the summer of 2013, Manchester City kicked off their transfer window by going out and buying long-term target Fernandinho for a reported £30million from Shakhtar Donetsk.

Manchester United had just regained their Premier League crown after Sergio Aguero’s heroics the year before and City were in need of a shake-up. Manuel Pellegrini replaced Roberto Mancini in the hot seat, and a further four players joined Fernandinho through the door.

The Brazil international helped push City to the Premier League title in his debut campaign, while plenty more silverware has followed with Pep Guardiola at the helm.

Now 37, he’s left City having secured his status as one of their all-time greatest midfielders, having won five league titles and a further seven cups, making nearly 400 appearances in the process.

But what about the others that came in that summer? Here’s how they all fared during their time at The Etihad.

Navas made over 300 appearances for his beloved boyhood club Sevilla, reportedly turning down a number of moves due to a reported fear of homesickness, before eventually biting the bullet and joining City.

The winger’s rapid pace was a real weapon, but there was often frustrated with his end product – in his 183 appearances for the club, he registered 39 assists but scored just eight goals. Watching Daniel James at Manchester United brought memories of watching Navas across the city divide. But Jesus Navas’ signing was seen as a huge one when it came to Premier League betting, as it further improved City’s odds with them for the title.

He left in 2017, rejoining Sevilla, and is now a right-back after adapting his game during his year working under Pep Guardiola.

“More than anything it was strength, and how to prepare, because the players there are so strong,” he told The Set Pieces on his four-year stint in the Premier League.

“But also anticipation: the speed and rhythm of the game, you have to anticipate what’s going on.”

There was a period when Spanish striker Negredo, who followed Navas from Sevilla – joining in a £20million move – was absolutely shit hot.

He scored a respectable 23 goals during his one and only season with City, but eight of his nine Premier League goals came before the turn of the year. His form tailed off badly during the latter half of the 2013-14 campaign and he was promptly loaned and then sold to Valencia.

😍 Aguero, Dzeko, Nasri, and Negredo were just too 𝗛𝗢𝗧 to handle in that sort of form… 🔥💥 @ManCity

These days, Guardiola’s City will often forego a striker completely – but back in their first two Premier League title wins, they were lucky enough to boast a quartet of options. The 2011-12 triumph had Mario Balotelli and Carlos Tevez alongside Edin Dzeko and Sergio Aguero, while Negredo and Stevan Jovetic came in for the 2013-14 one.

Injuries reduced Jovetic to just 19 starts (44 appearances in total) across his two full seasons at The Etihad. A return of 11 goals and six assists isn’t too bad when you factor in his limited minutes.

The Montenegro international left for Inter in 2015 and is now turning out for Hertha Berlin in the Bundesliga.

Demichelis left Malaga for Atletico Madrid earlier that summer, but he never made an appearance for Diego Simeone‘s side and instead joined City on transfer deadline day 2013.

Some erratic early performances led to the Argentinian being labelled a figure of fun, but he grew in stature and eventually put in a number of steady performances as City held their nerve during the run-in to pip Brendan Rodgers’ Liverpool to the title in 2014.

He then went on to work his way back into Argentina’s best XI as they finished runners-up at the 2014 World Cup, but his latter seasons under Pellegrini weren’t quite so fruitful. He was released at the end of his contract when Guardiola arrived in 2016.