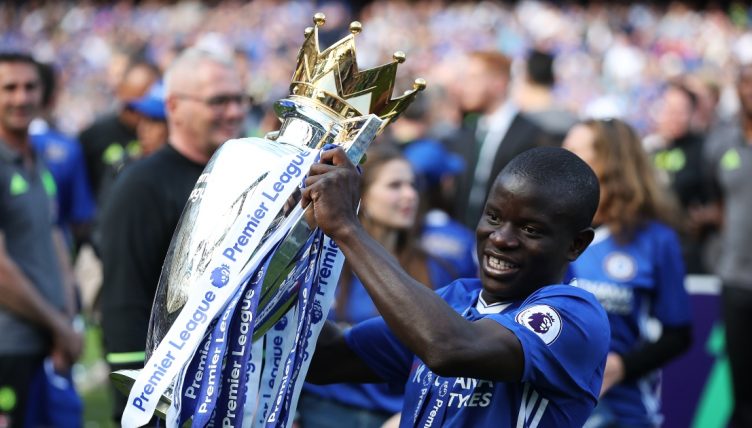 The midfielder became just the fourth player to win all of the Premier League, Champions League, FIFA Club World Cup and World Cup.

We’ve taken a look at the four players that have won all four of these trophies.

Henry was part of the France squad which won the 1998 World Cup on home soil and finished the tournament as their top scorer with three goals. But he remained on the bench throughout their 3-0 win over Brazil in the final.

“I have never told this story but I was supposed to come on 10 minutes into the second half,” Henry said in 2006. “But then Marcel Desailly got sent off and the plan changed.

“At the start of that tournament, the boss put out youngsters who were not scared and that was fine, but then he chose to go for experience in the quarter-final, semi-final and final.

“I was obviously disappointed not to come on and taste a World Cup final. But I still got the chance to lift the World Cup. I was 20 and I played six games so I can’t be that upset.”

The striker moved to Arsenal a year later and won two Premier League titles at Highbury but just missed out on the Champions League, losing the 2006 final to Barcelona.

As the old saying goes, if you can’t beat them, join them – and the striker swapped Arsenal for Barcelona in the summer of 2007.

He finally got his hands on the Champions League trophy after beating Manchester United in the 2009 final and also won the Club World Cup a few months later.

He was part of the United side that won the Premier League and the Champions League in 2007-08, making 12 appearances in those competitions.

Pique didn’t have to wait very long to get his hands on the trophy as Barcelona beat United in the 2009 Champions League final before overcoming Estudiantes at the Club World Cup.

The Spain international also started all seven matches at the 2010 World Cup and kept five clean sheets, including their 1-0 win over the Netherlands in the final.

The third Barcelona player to feature on this list, Pedro was promoted to the first team ahead of 2008-09 and was part of the side that won the treble.

He only made a cameo appearance against Manchester United in 2009 but scored in both the semi-final and the final of the Club World Cup.

The winger was also named in Spain’s squad for the 2010 World Cup and set up David Villa’s winner in the quarter-final before starting in the semi-final and the final.

Pedro won another Club World Cup and two more Champions Leagues with Barcelona before signing for Chelsea in 2015.

He was a key player for Antonio Conte as Chelsea won the Premier League in 2016-17, registering nine goals and 10 assists in 35 league appearances.

On this day 10 years ago, Barcelona won the Club World Cup to complete the only sextuple in football history.

The catalan giants came from behind to beat Estudiantes de la Plata 2-1 at the Zayed Sports City stadium in Abu Dhabi, UAE#Matchcentreng pic.twitter.com/ylLFNnZkA0

Kante was a relatively unknown 24-year-old when he moved to Leicester City from Ligue 1 side Caen in a £5.6million deal in 2015.

But he took the Premier League by storm and his brilliant performances helped propel Leicester from 17th to the title within 12 months.

The midfielder then joined Chelsea and played a vital role as they won the Premier League too, becoming the first player in history to win the title in consecutive seasons with different clubs.

Kante took that form onto the international stage and played 575 out of a possible 630 minutes during France’s 2018 World Cup-winning campaign.

He also lifted the Champions League in 2021 after winning the Man of the Match award in the semi-final first leg, the semi-final second leg and the final.

The 31-year-old then joined this exclusive list in February 2022 after helping Chelsea beat Palmeiras 2-1 in the FIFA Club World Cup final.

“It was a nice feeling [to win the UEFA Champions League last season] and now to carry on all together for this one,” Kante said. “It’s very nice, a nice moment to share with the team, the staff, the fans.

“We hope that this season we will get more success. For many of us, it’s the first time to play this competition. To win it is a feeling of pride and happiness.”