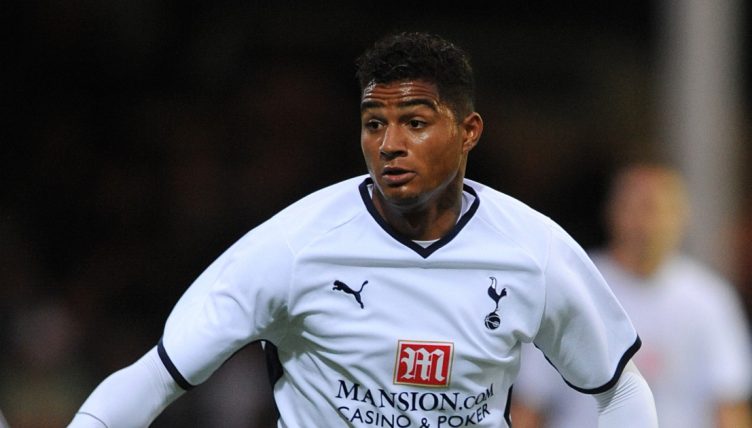 Gareth Bale is one of Tottenham’s best players in the 21st century. The same can’t be said of all the players Spurs signed in the same summer as him though.

Much is often made of Bale’s departure from the club in 2013 and how Spurs spent the £86million that Real Madrid paid to get him to leave London.

Players such as Roberto Soldado, Erik Lamela and Etienne Capoue came in and were underwhelming, with Christian Eriksen the only real success story.

But not much is made of the understated arrival of Bale in 2007 for just £5million from Southampton.

We’ve taken a look at the four other players that came in that summer and how they fared.

There are some proper “peak Barclays” players in here, and none more so than Darren Bent.

Bent arrived from relegated Charlton in June 2007, where he had been the top goalscorer for the two previous seasons.

He quickly had to fight for his place when Martin Jol, who brought him to the club, lost his job in October and was replaced by Juande Ramos.

But the biggest issue for Bent under Ramos was the food, as the Spaniard banned salt, pepper and ketchup.

“When Juande came in, there was one meat option, one fish, and maybe plain rice and vegetables – that was it,” Bent said,

His time at Spurs was not as personally successful as it had been at Charlton, with the striker only scoring eight in his first season and struggling to break up the Robbie Keane and Dimitar Berbatov partnership.

He left in 2009 for Sunderland, where he had a much more successful time.

Kaboul arrived from French side Auxerre but injuries and the managerial change meant he never had a sustained period in the first team.

His first stint at Spurs only lasted one season, but he would return in 2010 when Harry Redknapp wanted him back.

The former France international had a much more productive second spell and became a first-team regular until 2015 when he fell out with Mauricio Pochettino.

“On the field, nothing to say, very good manager, with a philosophy and a style of play that works,” Kaboul said.

“Personally, it’s the opposite. He’s two-faced. He would say things to you and did the complete opposite behind your back.”

Rose joined from Leeds where had come through the youth academy, although he had never played a game for the club.

He spent the first two seasons at the club as a part of the academy, becoming somewhat of a regular towards the end of the 2008-09 season.

After loan spells at Watford, Peterborough, Bristol and Sunderland, he became one of the first names on Tottenham’s team sheet and remained so until Jose Mourinho’s arrival all but ended his time at the club.

The left-back had a lot of good moments in a Spurs shirt – but topping a 25-yard volley to win the derby on your debut? That was always going to be a tough ask.

🎙 – "It's Danny Rose on his Premier League debut!"#OnThisDay in 2010, Danny Rose lit up White Hart Lane with an absolute screamer against Arsenal! 🚀 pic.twitter.com/FPE1B6ep6l

On Boateng’s one-man tour of European football, Spurs was his second stop, joining from Hertha Berlin in 2007.

He didn’t get much game time and left in 2009 after making just 14 Premier League appearances during his two seasons at the club.

He used to shout in frustration about the situation during training sessions, according to Bent at least.

“Now he’s kind of an out-there character and when he was at Spurs, he didn’t really play,” the striker said.

“I remember him scoring this absolutely worldie goal from about 35 yards, a volley, he screamed out at the top of his voice, ‘How does this guy not play?!’

“He was talking about himself! We all laughed.”

He’s played for 13 different clubs since leaving Tottenham and is now back at Hertha Berlin.

READ NEXT: Ranking Spurs’ European exits since 2000 from least to most Spursy

TRY A QUIZ: Can you name Tottenham’s top goal-scorer from every PL season?