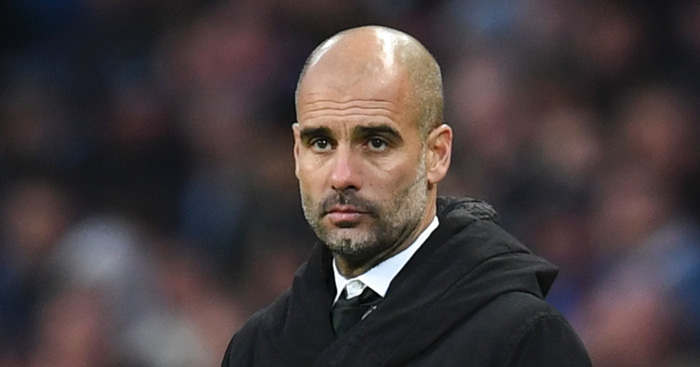 Pep Guardiola’s sides are renowned for dominating possession and their attractive footballing style – but things don’t always go to plan.

His success at Barcelona, Bayern Munich and Manchester City has been built around his philosophy of keeping control of the ball and starving the opposition.

However, very occasionally they aren’t able to dominate possession, and we’ve looked at the five teams who have out passed City since Guardiola became their manager – plus another three who came mightily close.

Wolves did the double over Manchester City in 2019-20 and they also ensured that Guardiola recorded the lowest possession number of his managerial career.

Ederson was sent off just 12 minutes into City’s trip to the Molineux but despite being a man down, the Blues found themselves 2-0 up after 50 minutes thanks to a Raheem Sterling double.

However, Wolves eventually made their advantage count and three second-half goals gave them a 3-2 victory and they also had 62.3% possession.

Man City had just 37.8% possession versus Wolves last night – the lowest figure recorded by a side managed by Pep Guardiola in top-flight history.

Frank Lampard’s Chelsea side showed that they were willing to take the Blues on at their own game as the visitors managed 53.26% of the possession at the Etihad.

Chelsea took the lead through N’Golo Kante, but Guardiola was still able to find a way to win as goals from Kevin De Bruyne and Riyad Mahrez secured a 2-1 victory.

“There is always one thing in your lifetime that hasn’t happened,” Guardiola said. “It happened. So, OK, I have another record, I won one game without possession. They are an incredible team with Kante, Kovacic, Jorginho, so it can happen.”

Liverpool went into January’s game between the two clubs unbeaten in the Premier League and seven points clear at the top of the table.

The Reds tried to stop City playing their natural game and became the first Premier League side to have more possession than Guardiola’s City team as they had 50.4% of the ball.

However, it wasn’t enough for Jurgen Klopp’s side as goals from Sergio Aguero and Leroy Sane gave City the win and turned the title race around.

It seems inconceivable that a Guardiola side could ever have less than 35% possession in a game, but that’s exactly what happened when Barcelona visited the Etihad in 2016.

City had been beaten 4-0 by the Spanish side two weeks earlier, and Barcelona dominated the ball in the early stages before Lionel Messi scored on the counter-attack.

However, Guardiola’s side were clinical and eventually earned a famous 3-1 victory despite having only 34.7% possession in the game. It also proved to be the lowest possession figure for Guardiola as a manager.

If any team were going to stop a Pep Guardiola side from dominating possession, it was going to be Barcelona.

It took Guardiola time to implement all of his ideas during his first season in England, and a Champions League game at the Nou Camp proved to be step too far.

Barcelona had 52.8% of the possession and cruised to a 4-0 win, although City did play most of the second half with 10 men.

And the teams who just missed out…

City were on the brink of winning the league title when they went to Wembley to face Spurs in 2018, and they enjoyed a brilliant start to the game.

Guardiola’s side dominated the early stages and were 2-0 up after 25 minutes, but Spurs got back into the match and had a period of sustained pressure.

After a few nervy moments the visitors eventually secured a 3-1 win and finished with 52% of the possession.

City struggled to play fluid football at Wembley in 2018-19, as the pitch was scarred by an NFL encounter between the Philadelphia Eagles and the Jacksonville Jaguars.

“The pitch was terrible. It was the same for both teams – we couldn’t do anything about it,” said John Stones.

The Blues just about had more possession with 52.1% and more importantly still managed to get the win thanks to an early Riyad Mahrez goal.

After hosting an NFL game yesterday, how's that Wembley pitch looking ahead of tonight's Man City vs. Tottenham match? 🌱🌱 pic.twitter.com/jBH12dZ1zt

Man City have an awful record at Liverpool and their visit to Anfield in 2018 proved to be a tight and cagey affair as both teams nullified each other.

It finished 0-0 after Riyad Mahrez missed a late penalty, and possession was also pretty even with City slightly edging it with 50.6% of the ball.

The fact it’s even a story when City just have more possession says it all about how good they’ve been under Guardiola – but no other teams have restricted the Blues to less than 53% of the ball since the start of 2016-17.