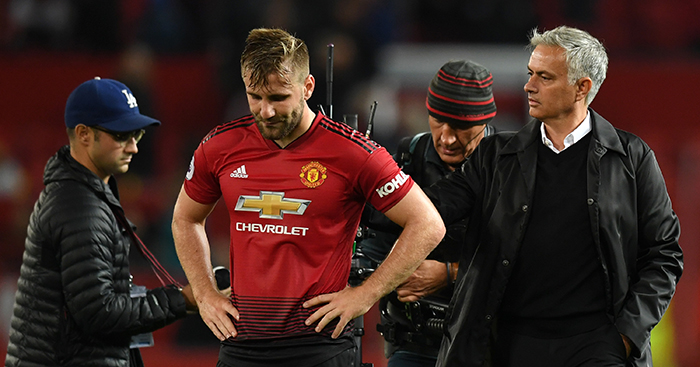 Your Fantasy Premier League season was probably going great until Richarlison got sent off. But how are the professionals getting on with their teams?

About a week ago, a few newspapers reported on the ‘leaked’ FPL teams of Manchester United defenders Phil Jones, Luke Shaw and Chris Smalling.

The squads became public knowledge after a Twitter user posted a link to the FPL team of Cardiff’s Neil Etheridge, who is competing in a mini league with Smalling, a former team-mate at Fulham.

It was then noticed that Jones, Shaw and Smalling, contesting their own Man United mini league, have selected only a few of their team-mates in their respective squads.

Smalling has the maximum three – David de Gea, Paul Pogba and Andreas Pereira – but Smalling only has De Gea, while Jones doesn’t have any.

That’s four out of a possible nine United selections. By way of contrast, all three bosses have gone heavy on Liverpool and Manchester City players. 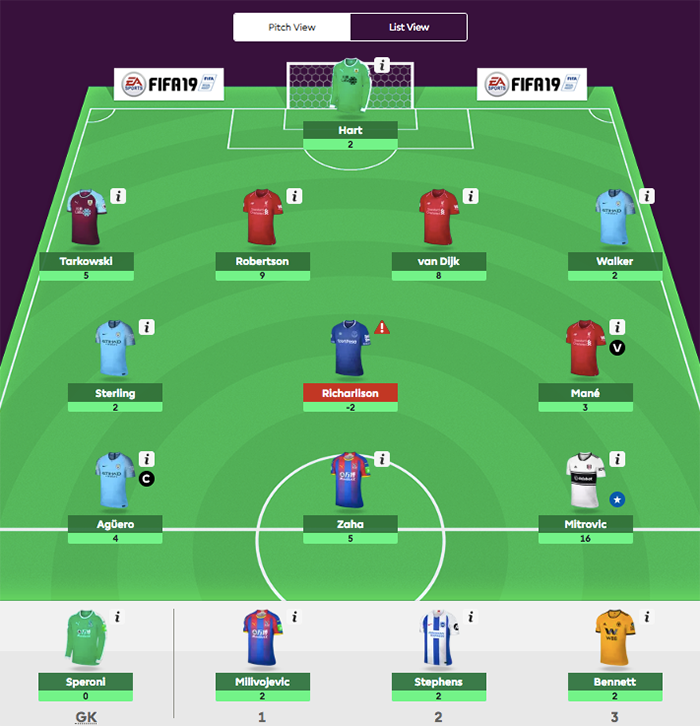 The United trio aren’t the only professionals playing FPL — far from it.

One very public advocate of the game is Crystal Palace defender Patrick van Aanholt, who is currently competing with his Twitter followers in his own mini-league, ‘The League of Doing Bits’.

Perhaps unsurprisingly, Van Aanholt is playing the game just as a buccaneering full-back should be: Triple Captain in Gameweek 2; choosing himself (zero points) as vice-captain; 26 points left on the bench. 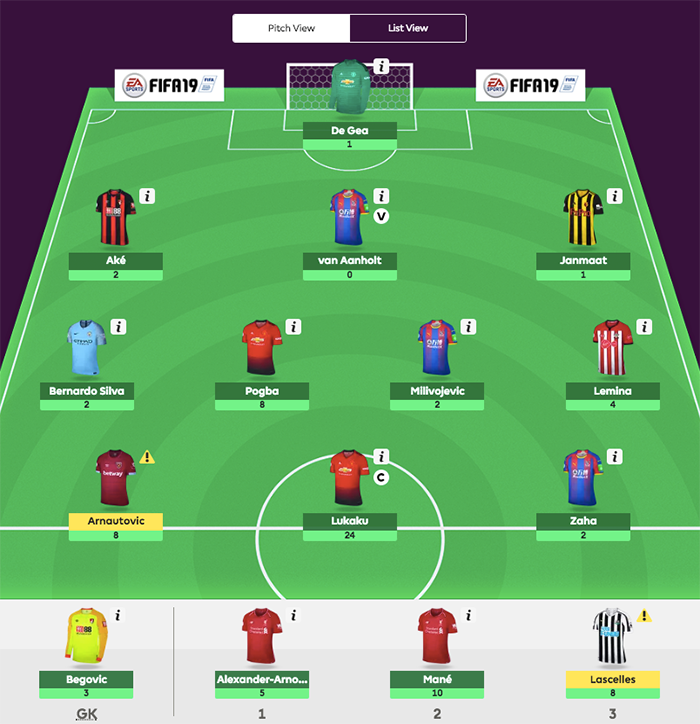 Another buccaneering left-back, one of FPL’s legendary £4.0m defenders of years past, is 22-year-old Southampton man Matt Targett.

While Targett may find his opportunities limited at Southampton this season, his ‘Bayern Neverlusen’ team currently sits atop a 19-strong mini league of his team-mates.

It seems everything he touches turns to FPL gold.

Fellow defender Jack Stephens languishes near the bottom, while misfiring forwards Shane Long and Charlie Austin — neither of whom have picked themselves — occupy mid-table.

Another reliable £4.0m defender of yesteryear is Adrian Mariappa (now £4.5m), who props up a mini league of Watford players with a staggeringly poor 138 points.

In fairness to Mariappa, it seems he is focusing more on the real-life game, as the injured Kevin de Bruyne can still be found in his team. 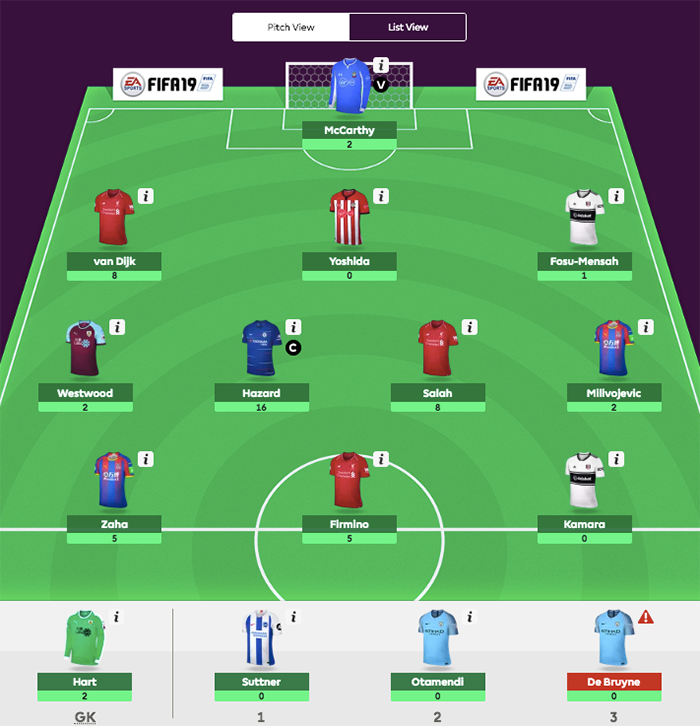 With 169 points, Tom Cleverley is the highest-scoring of the Watford first-teamers.

Middlesbrough appear to have an official 2018-19 mini-league, which contains the likes of George Friend, Jonathan Woodgate, Grant Leadbitter and the recently departed Ben Gibson.

Gibson and Woodgate, second and third in the Boro league, both rank in the top 1.2% of managers overall.

With a measly 122 points, Leroy Fer sits bottom of the Swansea players’ mini league, presumably expecting to get relegated. 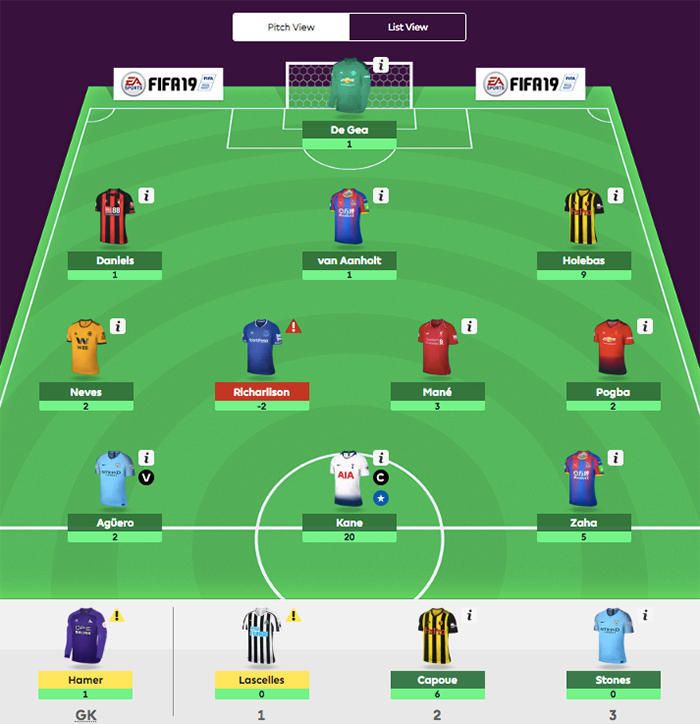 Their players are doing a ‘head-to-head’ league instead of a ‘classic’ league, and defender Micah Richards is doing all sorts of weird things, such as making six transfers in three weeks, selecting his mate Joe Hart in goal and calling his team — in a very stuck-in-the-past way you would presume is typical of Micah Richards — ‘ITS COMING HOME’.

Some of the most intriguing FPL selections, however, come courtesy of former players, 40-somethings and 50-somethings who you absolutely cannot imagine using a computer or smartphone.

Conveniently, many of them are competing against one another in a league called ‘PL Pundits v Presenters 18/19’.

There, football media types like Jules Breach and James Richardson are taking on ex-pros like Alan Shearer, Ian Wright and Owen Hargreaves.

There are some good scores, sure: former Ireland midfielder Matt Holland tops the league with an impressive 223 points, while Hargreaves and Shearer are posting respectable totals.

But just look at the utterly wild punning going on here:

‘Sporting Dion’ works on exactly zero levels, while Andy Townsend’s invitation to come on down to ‘A Town’ makes you never want to set foot in a tactics truck ever again.

Don Hutchison’s ‘The Dons’, incidentally, find themselves in the bottom 10% of managers overall — a staggering achievement for a player with years of Premier League experience.

Fortunately, there’s a good-news story to be found in the ex-pro league, and it comes courtesy of the ever-affable Peter Schmeichel. 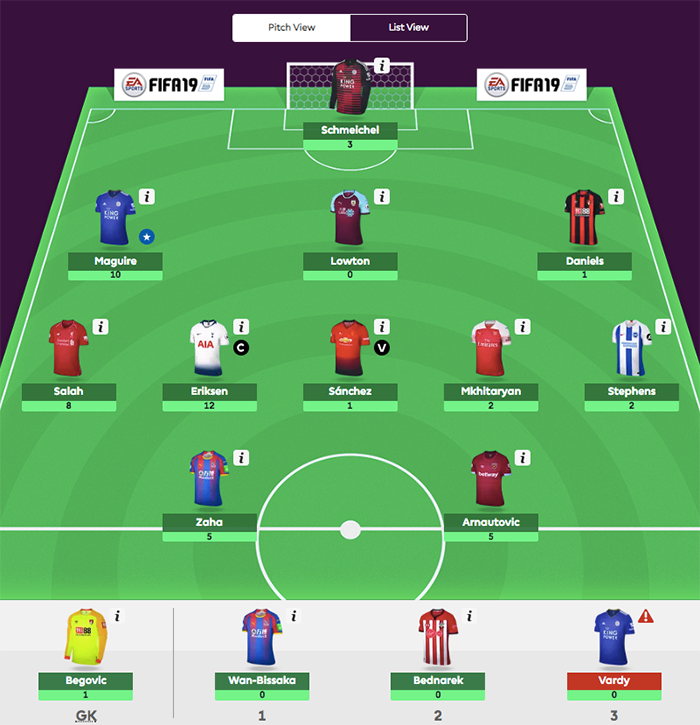 For not only has Schmeichel selected (and captained) his compatriot Christian Eriksen, he has also put his son, Kasper Schmeichel, in goal for ‘Zenit St Peters-Herd’.

And with nine points over the last two weeks, Schmeichel Jr is absolutely repaying the faith.

Best of luck to all you pros and amateurs alike for GW4.