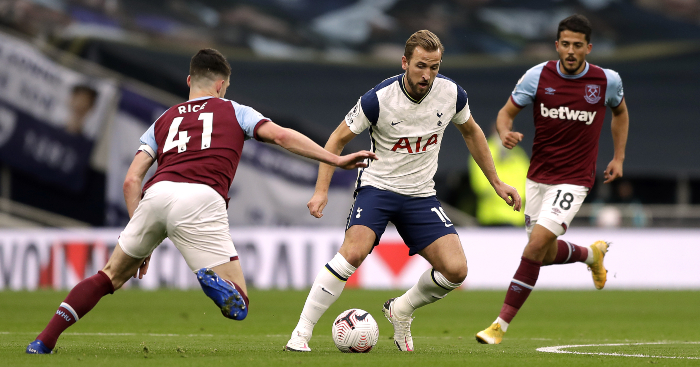 The modern convention of online journalism is to bury the best nugget of information way down the piece so readers have to scroll all the way through to get to it.

Well, we’re going to treat you here and give away the headline stat, simply because it bears repeating: Harry Kane averages a goal or assist every 37 minutes for Tottenham in the Premier League this season.

We’re not really sure what to say about that, other than it’s absolutely f*cking outrageous. Given it takes us 37 minutes just to get out of bed every morning, we feel quite ashamed if anything.

After numerous fitness issues over the last two seasons, Kane is back to his best for Spurs this season, and we’ve compared some of his stats from 2019-20 to their corresponding figures this term to help underline the improvement in the striker’s all-round game. As we’ve said before, he’s not just a world-class striker, he’s also a brilliant playmaker.

Kane even appeared in Tottenham’s own penalty area against West Ham to make a crucial last-ditch block, suggesting Jose Mourinho has got the England captain firing on all cylinders in both attack and defence this season. Good luck to everyone who comes up against him.

Note: these stats refer to the Premier League only.