The funniest and most controversial quotes from Fergie v Wenger rivalry 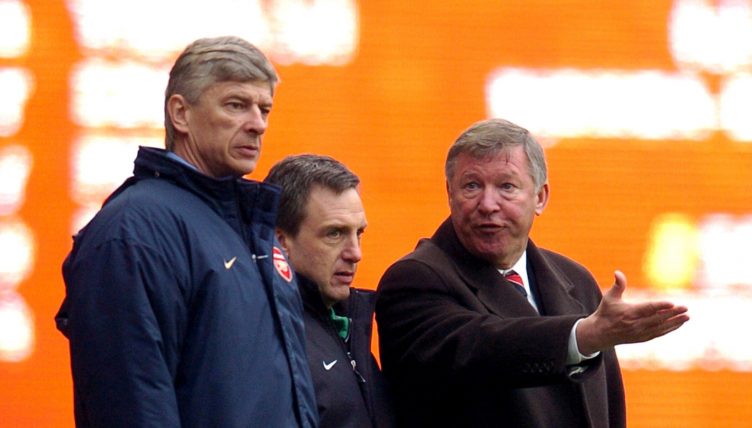 Arsenal established themselves as sustained challengers to Manchester United as Premier League top dogs following the arrival of Arsene Wenger in 1996 – and the rivalry led to some truly wonderful barbs.

Arsenal came fifth under Bruce Rioch in 1995-96 but immediately improved to finish third under Wenger the following year before winning the Double in the Frenchman’s first season in charge.

United, who had won the title in both 1996 and 1997, recovered to win the next three titles and it appeared Sir Alex Ferguson had seen off yet another challenger – Arsenal finished 18 and then 10 points behind in 2000 and 2001 – but Wenger’s Gunners were not moving and won two of the next three titles, famously going a full Premier League season unbeaten in 2003-04.

Roman Abramovich buying Chelsea changed the landscape at the top of English football and dampened the Arsenal-United rivalry somewhat as Jose Mourinho arrived to f*ck sh*t up, but the nine years between 1996 and 2005 provided us with some of the most memorable games in Premier League history between the two teams.

And, wonderfully, some absolutely hilarious comments from the two managers about the other…

Fergie on the new man

Wenger was unknown to many when he took the Arsenal job in 1996, leaving Nagoya Grampus Eight in Japan to do so, but he quickly captured the imagination of the media with his continental approach to management.

It got even better in this Sky Sports interview in which Fergie made quite clear his feelings on Wenger’s credentials to be trying to change English football: “He’s no experience. He’s come from Japan and he’s now telling everybody in England how to organise their football.”

Wenger back to Japan would surely need Ferguson's approvalpic.twitter.com/AS9zLQVeqh

Fergie really had a bee in his bonnet about Wenger arriving from Japan.

“Arsene Wenger has been in Japan. He doesn’t know anything about English football and the demands of our game.”

Separate: “He’s a novice. He should keep his opinions to Japanese football.”

Used to be a big club

In April 1997, United were waiting to hear whether the Premier League would agree to extend the season to ease the burden of four games in the last eight days of the season, a plea Wenger had urged to be ignored.

Unsurprisingly, Ferguson was not impressed with his counterpart getting involved: “He’s certainly got plenty to say. Maybe he should concentrate on Ian Wright’s tackles rather than Manchester United.

“He’s at a big club – well, Arsenal used to be a big club – and maybe next year he could be in the same situation. I wonder what his story will be then.”

In response to Ferguson suggesting his third-place Manchester United were better than his title winners in 2001-02, Wenger brilliantly and succinctly said: “Everyone thinks they have the prettiest wife at home.” 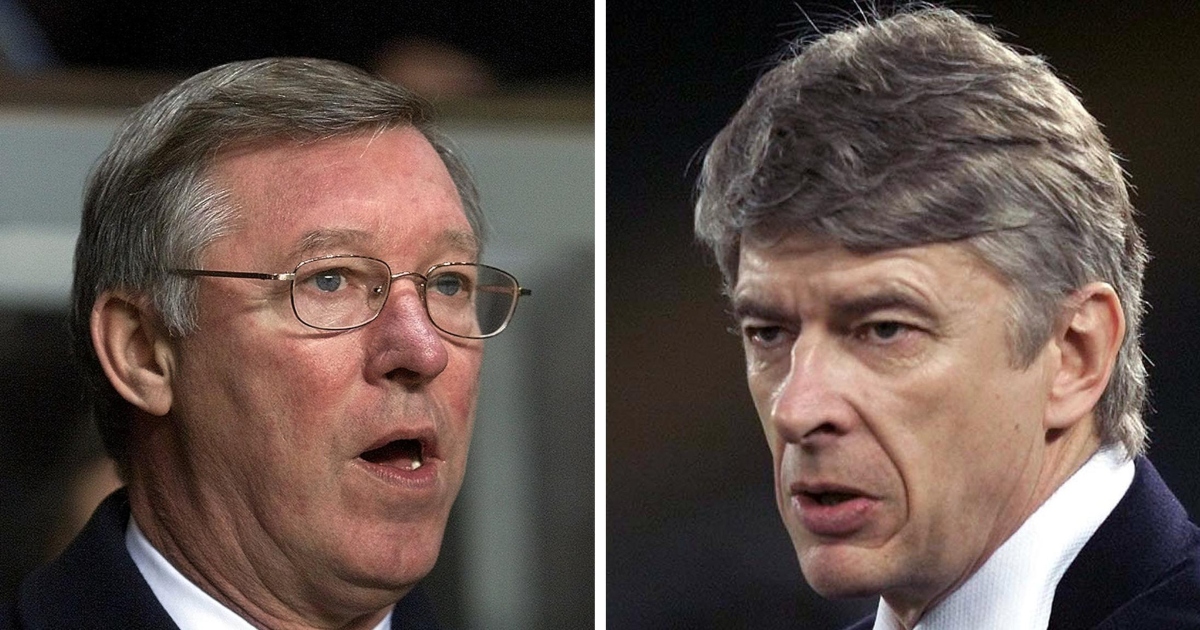 The rivalry between the two teams seemed to jump up a notch once United signed Ruud van Nistelrooy in 2001.

The Netherlands striker was more adept than anyone at getting under the skin of Arsenal’s players – his constant running battles with Martin Keown were particularly funny – and it all boiled over in 2003 in a game now known as The Battle of Old Trafford.

Patrick Vieira had been shown a second yellow card for kicking out at – but not making contact with – Van Nistelrooy, enraging Arsenal’s players, and things looked set to get a whole lot worse when United were awarded a last-gasp penalty which the Dutchman stepped up to take.

But he smacked it against the bar and the Arsenal players, led by Keown and Lauren, took great delight in rubbing it in his face.

Several of them were later fined for improper conduct, but Wenger was not in the mood to reprimand his players: “I think Van Nistelrooy does not help himself frankly… he is always looking to dive.”

The rivalry reached another level the following season when United finally ended Arsenal’s 49-game unbeaten run in controversial fashion, with several of the hosts’ players getting away with bad challenges and Mike Riley awarding a slightly soft penalty when Wayne Rooney went over after a Sol Campbell challenge.

It’s fair to say Arsenal were not happy, hilariously leading to a pizza being thrown in Ferguson’s face – it was later revealed to have been thrown by Cesc Fabregas.

Ferguson described the behaviour as “the worst thing I have seen in this sport”, but Wenger certainly wasn’t ready to apologise as the row continued to be played out in the media.

“Ferguson’s out of order,” Wenger said. “He has lost all sense of reality. He is going out looking for a confrontation, then asking the person he is confronting to apologise. He’s pushed the cork in a bit far this time.” 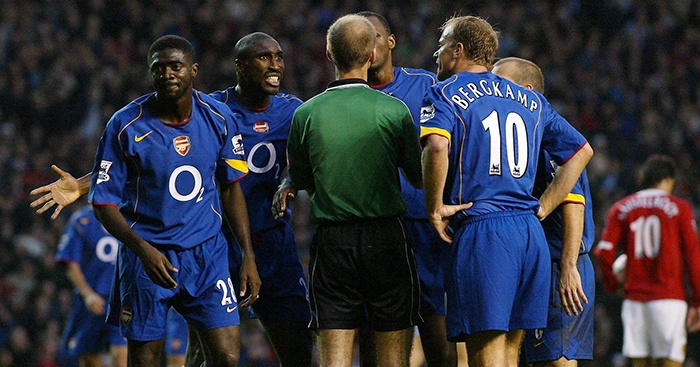 The start of calm

The arrival of Mourinho almost brought Wenger and Ferguson together as allies fighting against the young upstart, and as time went on the two titans began to speak of each other only with respect.

Though we reckon it would have been a completely different story had United and Arsenal continued in a two-horse race for titles, Wenger did actually promise he would stop rising to any Ferguson bait in 2004.

“Ferguson does what he wants and you [the press] are all down at his feet,” Wenger said. “He doesn’t interest me and doesn’t matter to me at all. I will never answer to any provocation from him anymore.”