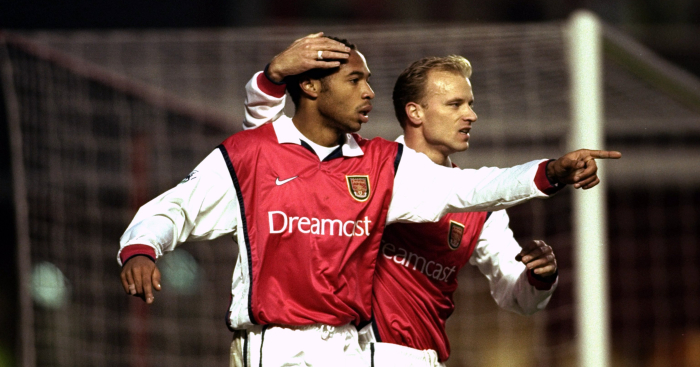 The strike partnership is something of a rarity in the Premier League these days, but the likes of Newcastle United, Liverpool and Manchester United have benefitted from some great ones in years gone by.

When two strikers click, it can lead to some spectacular results in front of goal – and this lot all fed off each other brilliantly and wrecked havoc on the league.

We’ve ranked the best ever partnerships in the Premier League by the number of goals they scored in a single season.

After spending four years in Division One, Newcastle returned to the top tier in the 1993-94 season and amazingly finished third.

A multitude of factors contributed to their success, but none more so than the brilliant strike partnership of Cole and Beardsley, who managed to net an incredible 55 goals between them.

It was a 42-game season back then, but over half a century of goals was still a remarkable tally for a pair of strikers playing for a newly-promoted team.

Cole said to the Newcastle Chronicle of his former team-mate: ” I learned so much off him at Newcastle, the way he played, gaining space by standing still, he made my game so easy.”

Having just missed out on the Premier League title, we’re not sure whether Liverpool supporters will look back at the 2013-14 season fondly, but they will certainly smile thinking about the partnership between Suarez and Sturridge.

Suarez finished as the league’s top scorer with 31, while Sturridge was runner-up with 21 as Brendan Rodgers’ side amassed 101 goals and 84 points but still missed out on the title to Manchester City.

Suarez’s highlight was scoring four in a 5-1 win over Norwich City amid a run of 11 goals in five games against the Canaries, but a late-season collapse ultimately proved costly. 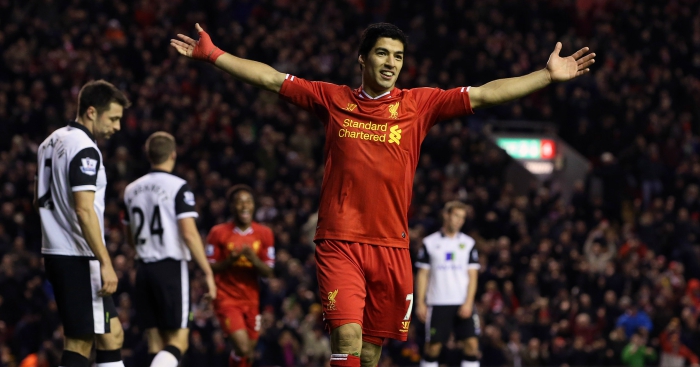 These two only actually played together for one season, but it ended with Blackburn winning the Premier League in 1995 – in no small part to the original SAS’s tally of 49 goals.

Shearer scored 34 of them, but plenty of them were set up by Sutton, who chipped in with 15 himself and has denied suggestions the two didn’t see eye-to-eye, telling us: “The chance to play with Alan was a big thing.”

Shearer, of course, would leave for Newcastle a year later, while Sutton remained at Ewood Park for four more seasons before an ill-fated move to Chelsea.

After the heartbreak of blowing a 12-point lead at the top of the table the season before, Newcastle bought Shearer in 1996 for a then world-record £15 million.

Not everybody was convinced he and Ferdinand could play together, but though that proved to be the case for England, they certainly had no problem teaming up at Newcastle.

“Ferdinand looks the perfect foil for Shearer, making nonsense of early-season suggestions by critics that they were an unsuitable pairing for club or country,” the Independent wrote that season.

Unfortunately, rather than representing the final piece of the jigsaw, this was the beginning of the end of Newcastle’s time spent challenging for the title, with Kevin Keegan surprisingly quitting midway through the season.

Kenny Dalglish took over and helped them finish second again, but he sold Ferdinand to Tottenham in the summer and lost Shearer to injury for the first half of the season, with the Magpies eventually finishing down in 13th.

As if that isn’t remarkable enough, he did it playing for newly-promoted Sunderland, smashing in 30 goals in his first ever Premier League season.

Quinn, meanwhile, was coming to the end of his career at this point and had even contemplated retirement, but he proved the perfect partner for Phillips and chipped in with 14 goals himself as Sunderland finished seventh.

Phillips told us of the partnership: “You ask Quinny, you ask any striker, no matter how much a partner does for you, at the end of the day the hardest part is putting the ball in the back of the net. You still need to have the faith in your own ability and the confidence, the composure to actually finish.

“But your striker partner can do a lot towards that, can create an awful lot of opportunities, create a lot of diversions trying to pull someone out of their position for me to run into, flicking it on…

“It was one of those partnerships that just happened. We never worked on it in training. All Peter Reid would ever say was just: ‘Work off Quinny, get around Quinny’.

It might have been simple, but it was certainly effective. 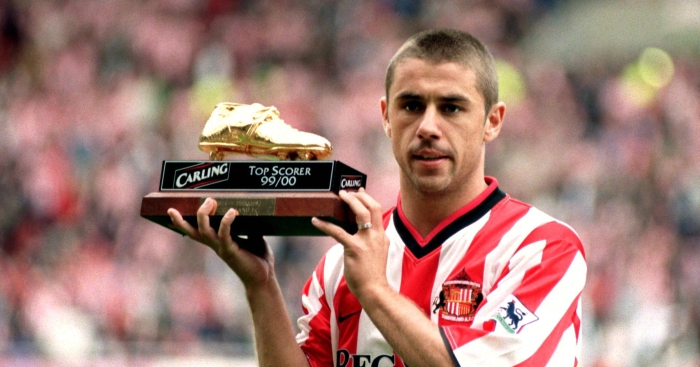 Roy Evans told us Liverpool may have been “too attacking minded” under his stewardship in the 90s, but though his style of football did not deliver a title, it certainly delivered plenty of excitement and entertainment.

It certainly benefitted Fowler and Collymore, who scored 42 goals between them in the 1995-96 season, and there is no better example of what the Reds were capable of producing back then than their 4-3 win over Newcastle.

They each a got a brace, Collymore’s second coming in stoppage time, and though they ultimately only finished third, it’s an era everybody remembers fondly.

Ice and Fire. Gudjohnsen, a technical and graceful player whose speciality was slotting the ball coolly into the corner, was pretty much the polar opposite of Hasselbaink, who didn’t do ‘slotting’ but did do ‘absolutely smashing it into the net’.

These two were far apart in terms of football style, but that’s probably why they worked so well together, scoring 37 goals between  them in 2001-02 as Claudio Ranieri continued to build up a team that would make the Champions League a year later and be taken over by Roman Abramovich.

That worked out rather well for them…

Remarkably, despite scoring 95 goals in 150 Premier League games and playing alongside Rooney, Van Nistelrooy only won the title once in his five seasons at Manchester United.

It certainly wasn’t through of any fault of the two strikers, who scored 37 league goals between them in their first season playing together, including this beauty which perfectly sums up what made them both so special.

We’re not sure what’s better, Rooney drifting through the Charlton midfield like an angel gliding towards the Pearly Gates, or Van Nistelrooy turning his man inside out before smacking the ball into the top corner.

These two may only be ninth on the list, but it’s worth remembering Manchester United also had Teddy Sheringham and Ole Gunnar Solskjaer to call on in their treble-winning 1998-99 season.

Solskjaer scored 12 in the Premier League, but Yorke and Cole were undoubtedly the first-choice pairing and rightly so – Yorke scored 18 in 32 starts, while Cole scored 17 in just 26.

The highlight for the two, however,  was this exquisite goal in the Champions League against Barcelona

The Spaniards might like to think they are the masters of tika-taka, but Yorke and Cole certainly gave them a lesson in keeping it simple here, silencing 90,000 at the Nou Camp.

The Henry and Bergkamp relationship encapsulates all that’s great about strike partnerships.

One the inventive creator, the other the sublime finisher. Moulded together, they complimented each other perfectly.

Bergkamp may have only scored four of the 34 goals these two managed between them in 2003-04, but he was no less crucial to the Invincibles than his strike partner.

Despite being the lowest on this list, Henry and Bergkamp’s partnership is still considered as one of the best to ever grace the Premier League – and for good reason.