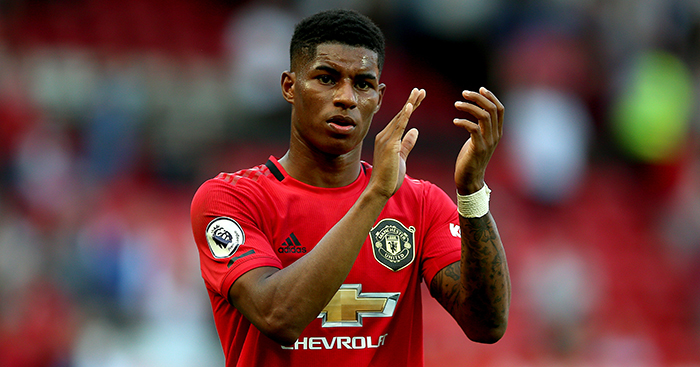 In October 2014, The Guardian picked out the most promising first-year scholar from each Premier League club for the first instalment of their Next Generation series.

At the same time, The Guardian also picked out 40 of the best young talents around the world and have been vindicated by the development of the likes of Youri Tielemans, Ousmane Dembele and Ruben Neves.

But we’ve taken a look back at their Premier League picks from each club to see how they fared.

The older brother of current Arsenal starlet Joe, Willock made the brave move of joining Benfica in 2017 after appearing twice for the Gunners’ first team.

He has yet to make his senior debut for Benfica, although he has been a regular for their B team in the second tier, and is spending the 2019-20 campaign on loan at Championship outfit West Brom, where he is yet to play.

Willock with the double. 🎯

An England youth international, Suliman has been sent on loan three times by Aston Villa, but those spells have failed to provide the stepping stone to first-team progression.

The defender moved on loan to Dutch outfit FC Emmen last season, only to see the deal terminated in January after he played all of nine minutes across three substitute appearances.

Renowned for his pace after beating Olympic sprinter Darren Campbell’s 20-year school record in the 200 metres, Metz has dropped into obscurity after being released by Burnley following a loan spell at non-league Chorley.

In the last five years, Solanke has moved for combined transfer fees of over £20million and made his senior England debut, yet the striker has scored just one Premier League goal and is yet to open his account for Bournemouth.

Aaron Wan-Bisakka aside, Palace have struggled to blood young players in recent seasons. Andrews, who operated as both a winger and striker, was released in 2017 and failed to earn a permanent contract with trials at Blackburn, Grimsby and Kingstonian.

Now 22, Andrews is playing in the eighth tier of English football with Whyteleafe.

Dowell has been on the periphery of Everton’s first-team squad for a number of seasons now, but he has needed to go out on loan to play senior football, impressing in spells at Nottingham Forest and Sheffield United.

The attacking midfielder is now at Derby County, although he has failed to appear since starting the first six games of the season in August.

🏴󠁧󠁢󠁥󠁮󠁧󠁿 Great goal by Kieran Dowell in injury time to help England U21’s to a 2-0 win over Scotland U21’s pic.twitter.com/mJfypKL4lM

The centre-back was released by Hull just two years after appearing on this list and has failed to find another professional club. His younger brother, Ben, is still on the books at the Tigers, albeit he is yet to make his senior debut at the age of 22.

One of the few players on this list to be playing regular Premier League football, Choudhury has made 25 appearances in the top flight and earned international honours with England Under-21s.

Released by Liverpool in 2017, Phillips joined Norwich City before joining Burnley over the summer after leaving the Canaries by mutual consent.

In his final season at Norwich, Phillips was sent on a season-long loan to Scottish outfit Hamilton but was sent back to Carrow Road a month later after making two cup appearances.

Having signed a 12-month deal with the option for a further year, it may be now or never for the 21-year-old midfielder to prove he can cut it at the highest level.

Still on the books at City, Adarabioyo played regularly on loan at West Brom last season and is spending 2019-20 at Blackburn, where he has featured just three times to date and has struggled to even make the bench.

Whatever you make of Rashford’s form this season, they’re probably justified with this selection.

You can’t hide in football and the last few weeks simply haven’t been good enough.

As a United fan myself, that hurts. And you deserve better.

We know we need to improve and that is our sole focus as a team and as a club. pic.twitter.com/GyHgvQvxeM

One of the greatest names in football, Broccoli had been at Arsenal before joining Newcastle, only for injuries to lead to his release in 2017.

After a spell in non-league, the midfielder moved to Italy and now plays for Serie D side Ghivizzano Borgo.

To quote The Guardian’s recent update on Matthews: “He is also the fitness manager at a local leisure centre.”

To quote our Stoke-supporting editor when asked if Shenton has done anything of note for the club: “Absolutely f*ck all.”

He is still there but is currently on loan at Kidderminster Harriers in the sixth-tier National League North.

After dropping into non-league in 2017, Willard made a number of intriguing moves, playing for clubs in Sweden, Cambodia and now Iceland.

“I went through some dark days thinking, ‘What’s happened?’ and, ‘How can I get back?’” he recently told The Guardian. “Some really hard times.

“But when I look back now I’m happy I went through the struggle and think that was the making of me, going through the bad times and knowing things can’t get much worse than they were then.

“Now I’m on the way up, starting to get a bit of success, and I know what I need to do.”

Molyneux broke into Sunderland’s first team towards the end of the relegation campaign from the Championship, making his debut in a 3-0 victory over Wolves.

However, he was sent on loan to Gateshead and then Hartlepool the following season, joining the latter on a permanent deal this summer.

Having progressed to the fringes of the first team under Graham Potter, Lewis was sent out on loan to Doncaster last season only to be released upon his return to Swansea.

The right-back joined Lincoln City on a short-term contract in the summer, but his only appearances to date have come in cup competitions.

The US international has made four appearances for Tottenham’s first team and has earned praise from Mauricio Pochettino but has spent the last two years being sent on loan to four different Championship clubs, the most recent of which has landed him at Stoke.

Back to our resident Stoke expert, who is somewhat more nuanced in his assessment of the defender: “Too early to make a judgement. Seems alright. But I somehow doubt he’ll make it at Spurs.”

One of the few success stories among this list, Edwards made his West Brom breakthrough last season and has appeared 10 times in the Championship so far this term, notably scoring in the 2-1 win over Nottingham Forest on the opening day of the season.

The 21-year-old has even worn the armband, with Slaven Bilic explaining it was because Edwards is the longest-serving player at the club, having joined the Baggies as an eight-year-old.

“I feel way more settled in the first-team environment now,” Edwards recently told the Express and Star. “Last season I came into it but I felt like I was still a young player, playing with the first team.

“This year I feel like a first-team player. The first few games you play in the first team, it’s more like a dream. Now I’ve played a lot more and you become more settled and focused on the job at hand.”

Goalkeepers tend to mature at a later age, and Howes was released by West Ham in 2016 having only made it as far as the bench with the first team.

Watford picked up the young stopper, but the 21-year-old has now dropped into non-league with Woking.