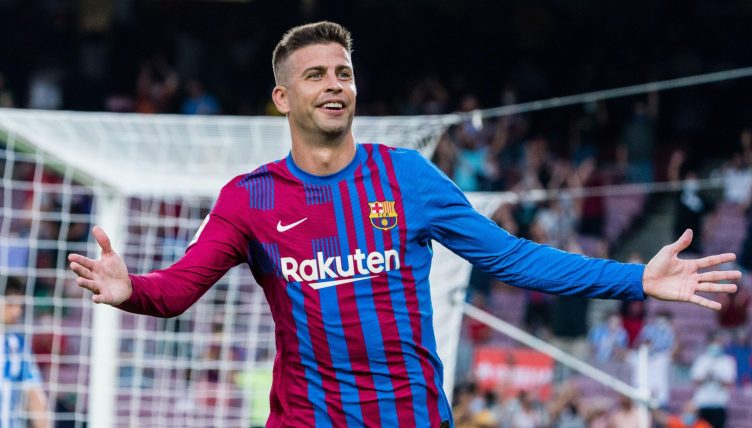 Gerard Pique has announced his retirement from professional football after a career where he’s won a staggering 29 major honours since swapping Manchester United for Barcelona in 2008.

“It is the moment to end this stage of my life. I always said that after Barcelona there will be no other club, and that is the way it is going to be,” Pique said on social media.

“I will become a regular fan,” the World Cup winner continued. “I will support the team. I will pass my love for Barça to my children, like my family did with me. And you know me, sooner or later, I will be back.”

Pique has been relentless in his pursuit of greatness, picking up La Liga titles, Champions League crowns and domestic cups along the way to becoming a legend in Catalonia.

The 35-year-old is now the most decorated defender in Barca’s history, but his journey to achieving that status was not plain sailing. In fact, it took some harsh lessons at United to mould Pique into the man he is today.

Pique began his Old Trafford career at the age of 17, appearing in a League Cup tie against Crewe Alexandra in October 2004. That season, he also appeared once in both the Champions League and FA Cup.

Seven first-team outings and a Premier League debut followed in the 2005-06 season before Pique went on loan to Real Zaragoza for the 2006-07 campaign. It was when he arrived back in England that his fortunes – so bright for such a young player – began to turn.

Speaking to The Players’ Tribune, Pique recalled the game which saw his chances of making it at United fade: “In 2007, after two years in England, [Sir Alex Ferguson] told me that I was going to play about 25 games that season.

“Everything started well. I was getting to play a bit alongside Rio [Ferdinand]. And then, in November, we went to play in Bolton.

“Sh*t…I can still picture the ball floating in the air. It was a set-piece. I was supposed to be marking Nicolas Anelka. Bolton chipped the ball into the box, and I thought,  ‘I’m going to be aggressive.’

“I jumped up to head the ball away, and I completely missed it. It was like something out of a nightmare.

“The ball just…kept floating. It was that yellow and purple Premier League ball. Remember that one? It floated right over my head like a balloon.

“I landed and turned around in horror. Anelka controlled the ball and scored easily. We ended up losing 1-0, and it was my fault.”

Pique himself pinpoints that defeat as the moment Ferguson lost faith in him. After being promised 25 appearances, he made just six more before departing at the end of the season

OTD 07 – Evra and Davies get to it, pre-hairjob Clattenberg gets a telling, Pique gets lost and United lose at Bolton. pic.twitter.com/wNst7WAsSw

One benefit of leaving United for Catalonia was that Pique got to play in Pep Guardiola’s Barca side, one of the greatest teams ever assembled.

It was simply an unreal collection of talent, and there is no better example of that than when Barca went to the Santiago Bernabeu – the home of a Madrid team that had won 17 of their last 18 games – and battered them 6-2.

Pique’s goal in this game was his first in the league for Barca, and on what an occasion to get it.

Pique really isn’t someone to miss out on any opportunity to wind up Madrid fans, is he? He loves a Clasico, and in this particular edition of the tie from 2010, the Spaniard raised five fingers for every goal scored by his side on the night. 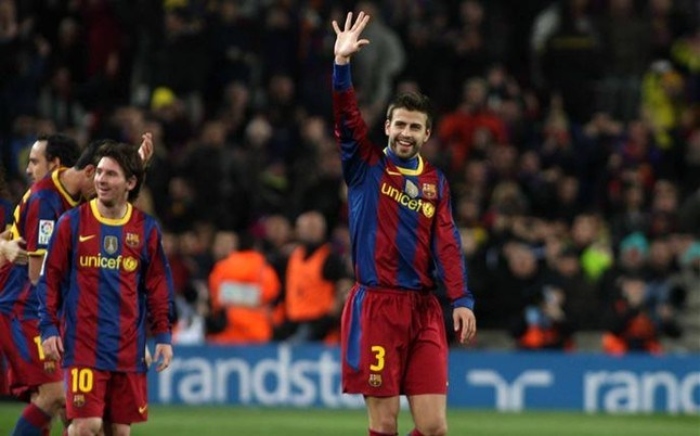 You would’ve thought Messi was the one to produce insane skills and tricks, but no, Pique plays this game by his own rules – obviously he saved this one for Real Madrid, who else?

The worst thing about this is Messi doesn’t even turn round to thank his team-mate for the assist. We loved it, Gerard, don’t you worry…

After Pique won his second Champions League trophy against Manchester United at Wembley in 2011, he wasn’t just content to take home another winners’ medal.

Oh no, Pique wanted more. Someone get the scissors out.

We’ve put this in here to show it hasn’t always been plain sailing for Pique at Barcelona. Playing for the Catalan club looks incredibly fun, but it’s also not without its adversity, which Pique and co. have had to battle against while becoming one of the most successful sides of all time.

This is definitely one moment that Pique will want to forget for the rest of his life.

Barca were already getting schooled by Bayern in the semi-finals of the Champions League in 2013, and this own goal just made things a whole lot worse.

It is a well-known fact that Pique and Alvaro Arbeloa do not exactly see eye to eye. Despite being international team-mates, Pique made it clear in one interview that Arbeloa was “maybe someone I know, but not my friend”.

Pique just so happened to use the Spanish word “conocido”, which means “acquaintance”, but made a point of pausing at “cono” – which many onlookers took as referring to Arbeloa as a training cone.

He doesn’t miss any chance to boil a Madridista’s piss, and it’s fair to say Arbeloa wasn’t too impressed: “It’s also true that I know his family, and the respect I have for his family, he doesn’t have for mine.”

Barcelona fans won’t have too many fond memories when looking back at 2021 but it would’ve been even worse without Pique.

Despite Lionel Messi’s departure, the Spanish giants continued to struggle financially and were desperately trying to reduce their wage bill.

The defender also scored an injury-time equaliser against Sevilla in the 2021 Copa del Rey semi-final and Barcelona went on to win the competition.

Pique's last minute clincher against Sevilla in the semi finals of Copa Del Rey helped the team to reach the final and win the copa del rey .💙❤️

I was celebrating in the middle of the night , what about you ?🤩 pic.twitter.com/xwbeMmybAL