The incredible XI of players who came through Schalke’s academy 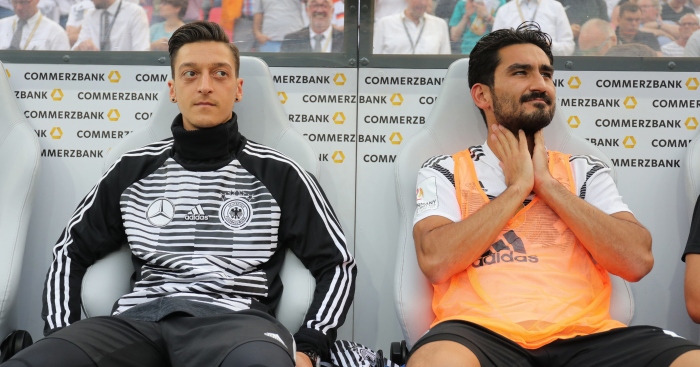 Schalke may not be as successful as the likes of Bayern Munich and Borussia Dortmund – but their record of developing players can compete with the best.

A number of excellent players have come through the club’s youth system, although many have gone on to taste success elsewhere.

We’ve created an impressive XI of players to come through the club’s academy – arranged in a 4-2-3-1 formation.

We really wanted to include Jens Lehmann in this, mainly for the fact he’s a f*cking lunatic. Alas, given Neuer has won the World Cup, the Champions League and an absolute sh*tload of other honours.

He’s still a lunatic in his own, different way too.

Capable of playing right across the backline, Howedes slots into this side at right-back.

The World Cup winner – one of only three players to play every minute of Germany’s triumphant campaign in 2014 – captained Schalke at both youth and senior level before joining Lokomotiv Moscow after an underwhelming loan with Juventus.

Metzelder was discarded by Schalke after a single season in their academy but would return to the club 15 years later after making his name with Borussia Dortmund and Real Madrid to help the club win the German Cup in 2011.

He ended his career by playing a season under Howedes’ father, Wilfried, for hometown club TuS Haltern.

An unsung hero at Liverpool in recent weeks, partnering Virgil van Dijk in the absence of Dejan Lovren and Joe Gomez, Matip was snapped up by Schalke from Bochum as a youngster and went on to make over 250 appearances for the club, winning the German Cup in the process.

The first of two players in this side currently playing for Arsenal, Kolasinac was previously on the books at both Hoffenheim and Stuttgart before entering Schalke’s youth set-up.

It took the left-back just one season to break into the first team and ended his final campaign with the club by being named in the Bundesliga team of the year.

Born in Gelsenkirchen, Gundogan would only spend one year in Schalke’s academy and instead had to move to Bochum and again to Nuremberg before being handed a chance to impress in Bundesliga.

“It was a huge dream of mine to be able to play for Schalke,” he told RevierSport in 2011. “For it to be over so quickly was not easy to take.”

The midfielder ultimately went on to haunt his boyhood club with rivals Borussia Dortmund and more recently with Manchester City.

Meyer remained at Schalke for longer than many players on this list, spending the first five years of his senior career at the club and breaking into the Germany squad before joining Crystal Palace in the summer after accusing sporting director Christian Heidel of “bullying”.

We’re still waiting for Draxler to join Arsenal from Schalke.

“Gelsenkirchen is where I was born and grew up, and where my family and friends live,” Ozil told Arsenal’s official website. “I’m really connected to the city. I began my football career there and have really nice memories of Schalke. At the time I had a coach, Norbert Elgert, who always supported me so well and took me forward, just like Schalke.

“He was the man who made me believe that I could achieve a lot as a footballer. I always knew that I had potential because people that watched my games would occasionally tell me that I was definitely going to make it professionally.”

Ozil broke in Schalke’s first team at the age of 17 in 2006-07, making 19 appearances as the side finished runners-up to Stuttgart, but would move to Werder Bremen just 18 months after his debut.

“We have our own Messi, and he is Ozil,” former Germany Under-21 coach Horst Hrubesch said of the attacking midfielder.

READ: The majesty of Mesut Özil and the tragedy of taking talent for granted

“It means a lot,” Sane told BT Sport after scoring a brilliant free-kick for Manchester City upon his return to Schalke in the Champions League this season.

The winger spent just two years in the club’s first team, with his rapid rise convincing City to shell out £37million on the 20-year-old.

Perhaps not as an illustrious names as previous players on this list, but Hanke was still part of the Germany squad which finished third at the 2002 World Cup and also won the German Cup with Schalke.

There was one big problem with Hanke’s footballing career: the striker was allergic to grass.