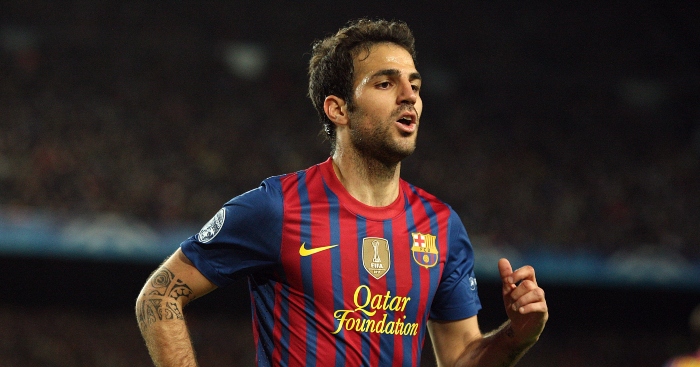 Barcelona are renowned for developing some of the best young players in Europe through their famous La Masia academy.

The likes of Sergio Busquets, Xaxi and Lionel Messi have all developed there, but some Academy players have to leave the Nou Camp to build their senior careers.

Onana originally joined Barcelona as a 14-year-old in 2010 through the Samuel Eto’o Foundation and spent five years at La Masia.

The goalkeeper never made a first-team appearance for the club, however, and joined Ajax in 2015 before helping them win a domestic double in 2018-19.

“Barca came back for me this summer,” Onana told RMC Sport in 2019. “It’s my home, I was part of that club. They always want one of their own to re-sign.

Bellerin was picked up by Barcelona at the age of just eight but completed a move to Arsenal in 2011 after rejecting a new contract.

The Spaniard impressed in their academy before establishing himself in the first team, and he was named as their vice-captain in 2019.

Arsenal's captain for the night rescues a point for the visitors with a stunning effort!

What a moment for him! pic.twitter.com/tGc190cqp2

After progressing through the academy, Bartra was never quite trusted to become a first-choice option and was mainly a back-up for Gerard Pique and Carles Puyol.

Unfortunately for Bartra, the most abiding memory of Bartra in a Barcelona shirt was him getting burned for pace by Gareth Bale when the Welshman scored his iconic match-winner for Real Madrid in the 2014 Copa del Rey final.

The defender joined Borussia Dortmund in 2016 but is now back in Spain with Real Betis.

We’re just waiting for Pique to join his next club…

Grimaldo was tipped for a bright future after starring for Barcelona B, but he was never given an opportunity in the first team.

After outgrowing the reserve side, Grimaldo completed a €1.5million move to Benfica in 2016 and that proved to be a bargain for the Portuguese side.

The 24-year-old has developed into one of the best left-backs in the world and has recently been linked with a move back to Spain.

Thiago made his first-team debut for Barcelona at the age of 18 and his style of play meant that he was immediately viewed as the natural heir to Xavi.

But the midfielder grew tired of waiting in the wings and moved to Pep Guardiola’s Bayern Munich in search of regular football.

“I have always wanted to play and since that wasn’t possible with Barca I had to leave to find the joy in playing football again,” Thaigo told SER in 2018.

“To me playing is more important than winning a trophy. In the end you always ask yourself, ‘To what extent I have contributed to the win?’

“I will always be grateful to Barcelona, but I left because I didn’t want to be just one of the many.”

Despite struggling with injuries, the 28-year-old has had a brilliant career in Germany and is now fulfilling that huge potential.

Thiago made 17 ball recoveries against Chelsea at Stamford Bridge, the most by an outfield player in a single Champions League game this season.

Fabregas played in La Masia alongside Gerard Pique and Lionel Messi, and the midfielder turned heads with his impressive performances.

However, sensing that his opportunities would be limited, Fabregas moved to Arsenal in 2003 and developed into one of the best midfielders in the world in England rather than Spain.

His performances saw him return to the Nou Camp in 2011, but he couldn’t dislodge Iniesta and Xavi in midfield.

After a four-and-a-half-year spell back in England with Chelsea, the 32-year-old is now playing for Monaco in Ligue 1.

The midfielder joined Barcelona at the age of 12 and went on to win 32 trophies during his time at the Camp Nou, including nine La Liga titles and four Champions Leagues.

Iniesta decided to leave the club at the end of the 2017-18 season and has spent the last 18 months at Japanese club Vissel Kobe.

ON THIS DAY: In 1996, a 12-year-old Andrés Iniesta played his first Barcelona game for their U14B side.

Now he's writing another chapter to his career. 🎌 pic.twitter.com/CReSDm63pF

Traore was highly-regarded as a youngster coming through at La Masia, and he made his first-team debut aged just 17 back in the 2013-14 season.

However, he only made another three appearances for Barcelona and tried to build his career in England with Aston Villa and Middlesbrough before moving to Wolves.

The lightning-fast winger has finally added an end product to his game this season, and he has been linked with a move back to Spain.

“A return to Barca? I don’t bear any grudges,” Traore told El Larguero earlier this year. “But equally, if Real Madrid called me I would go there too. I was (at Barcelona) for 10 years, and I have very good memories.”

It’s slim pickings at centre-forward, meaning Deulofeu gets the nod despite being deployed as a winger throughout his career.

He made just two appearances in the league for Barcelona between 2011 and 2015 before joining Everton on a permanent deal.

After two years at Goodison Park, he returned to the Nou Camp but failed to make an impact and was sold by Barcelona for the second time, joining Watford in 2018.

The 32-year-old made his Barcelona debut in 2008 and later formed part of a deadly attacking trio alongside Lionel Messi and David Villa.

But Neymar’s performances saw Pedro fall down the pecking order at the Camp Nou, and he signed for Chelsea in 2015.